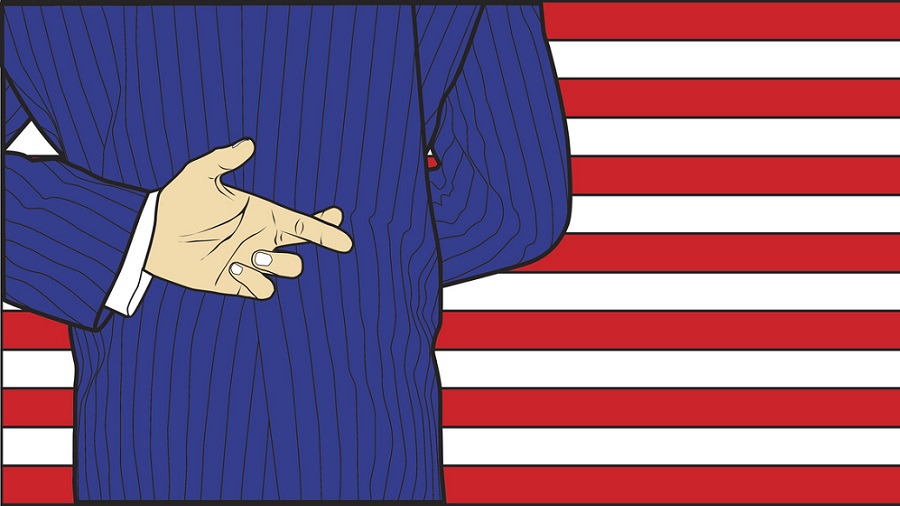 We are living in an unprecedented season in American history, one of massive consequence for the nation as a whole and for conservative Christians in particular. (All the more does this hold true for charismatic Christians, as I’ll explain shortly.) Please allow me to lay out the stark, contrasting possibilities.

I’ve written about this briefly in the last few days, but I’ll expand on things more fully here.

On the natural, non-spiritual side, either Donald Trump has pulled off the political feat of a lifetime, convincing tens of millions of Americans to reject the results of a fairly contested election. Or Trump is the victim of the most massive electoral fraud in our history, the exposing of which will shake our nation to its foundations.

With the massive, worldwide, ongoing outpouring of prayer for this election, I feel confident that Almighty God will bring about what is best for the nation in the long-term.

On the spiritual side, either a multitude of prophetic voices have been jointly misled, prophesying in total unison that Trump will serve a second term. Or the words of these prophetic voices will prove true, shocking the nation with the reality of God.

Are these not very high stakes?

The Birth of Fake News

Already in 2016, Hillary Clinton could speak of “fake news,” referring to “the epidemic of malicious fake news and false propaganda that flooded social media over the past year.”

But it was Trump who made the term uniquely his, beginning in January, 2017, when he said to CNN’s Jim Acosta, “you’re fake news.” He also tweeted on January 10, 2017, “FAKE NEWS – A TOTAL POLITICAL WITCH HUNT!”

Since then, there has been a steady stream of truly fake, anti-Trump news, fueling the fires of tens of millions of Trump supporters. The media cannot be trusted. The media is totally biased. The media has only one goal: remove Donald Trump.

Earlier this year, two mainstream media newsroom employees, one working for an NBC affiliate and one for a CBS affiliate, shared the identical story with me. Their bosses made clear their intent to get rid of Trump, even if it meant posting false stories. That would confirm the suspicions of the most ardent Trump supporter.

Added to this is the undeniable, anti-conservative bias of the Internet giants, and the table has been set for questioning the outcome of the election..

And now, after Biden has been declared the winner by the media, when Trump tweets, “I WON THIS ELECTION, BY A LOT!”, the response is overwhelming. The tweet received more than one million likes within the first 12 hours.

Even based on a simple, rational analysis, the apparent Biden victory has many people scratching their heads.

Has Trump, then, succeeded in convincing many millions of people that he was robbed when, in fact, he was not? This would be terribly dangerous, as masses of people will believe whatever their beloved leader tells them.

The other possibility is just as severe, namely, the existence of massive, widespread, systemic, corruption on an unprecedented scale. A coordinated effort requiring elaborate planning, also made possible by the pandemic which opened the doors for many millions of mail-in ballots. The stealing of the most important presidential election in our lifetimes, right under our noses.

The good news is that if a massive fraud has been perpetrated and if such a grand theft took place on this kind of scale, it will be uncovered. Something of this magnitude simply cannot be hidden, and every effort will surely be made to uncover it.

What of the Prophetic Voices?

On the spiritual side, I have not heard of a single, respected prophetic leader (meaning, with the charismatic church) who prophesied a Biden victory. Not one. To the contrary, every single one of them prophesied a second term for Trump.

Some said they have known for over a year that the election would be contested and ultimately decided by the courts. (I can verify they are not just saying this now.) One wrote about this very scenario in detail in a bestselling book published last month, describing the scene we are currently witnessing, including disputed ballots and court cases.

Interestingly, some of these leaders are quite apolitical. Some do not even like Trump. Yet they all prophesied the same thing.

It is true that some of them made clear that Trump would serve a second term only if the church really prayed. But I have never seen so much prayer for an election, continuing to this moment, as we are seeing today.

There is, of course, the possibility that Trump could lose now and then win in 2024. Even in the Bible, prophets got their timing wrong (see 1 Peter 1:10-12).

But such reasoning, at this point, seems to be grasping at straws.

Back in September, a longtime, close colleague reached out to me, sensing that Biden would win, a major reason being that God was correcting the church for looking to Trump in an idolatrous way.

This past week, a solid pastor wrote to me, saying this: “When I pray, I keep having it impressed on me. I don’t often invoke the prophetic, but I believe I have heard from heaven. Trump is done. After all the court fights, he will no longer be president. God has allowed his removal because of the idolatry of the church. God used Trump for four years, but like Gideon’s ephod, an idol was made of the tool [see Judges 8:27]. God will not share His glory, nor the affection of His bride.”

On the one hand, I absolutely share this concern that the church has become too politicized and that we have been guilty of putting our trust in Trump in a wrongful way.

On the other hand, I know quite a few of the prophetic leaders who prophesied Trump’s second term.

They are not corrupt preachers. They are not mercenaries. They are God-fearing, Jesus-centered, men and women of God. Some of them have excellent track records spanning many years. And every one of them is convinced that God showed them He wants Trump to have another four years.

As a very spiritual friend asked me on Saturday, “Who are the witches doing incantations against?”

One prophetic leader has just announced that we will see many things exposed in the next 70 days, with some blue states flipping to red in the total vote count.

They are encouraging everyone not to lose heart but rather to continue to believe the prophetic word. They are still convinced that God will bring it to pass. They still stay Trump will serve four more years.

My counsel is for every believer to pray fervently for God’s perfect will to come to pass and for every work of darkness to be fully exposed.

After all, Jesus, not Satan, is Lord. And God, not the corrupt world, is King.

With the massive, worldwide, ongoing outpouring of prayer for this election, I feel confident that Almighty God will bring about what is best for the nation in the long-term.

Then, once the dust settles, we will take some time to look back and sort everything out. What is muddled and disputed right now should be very clear soon enough.