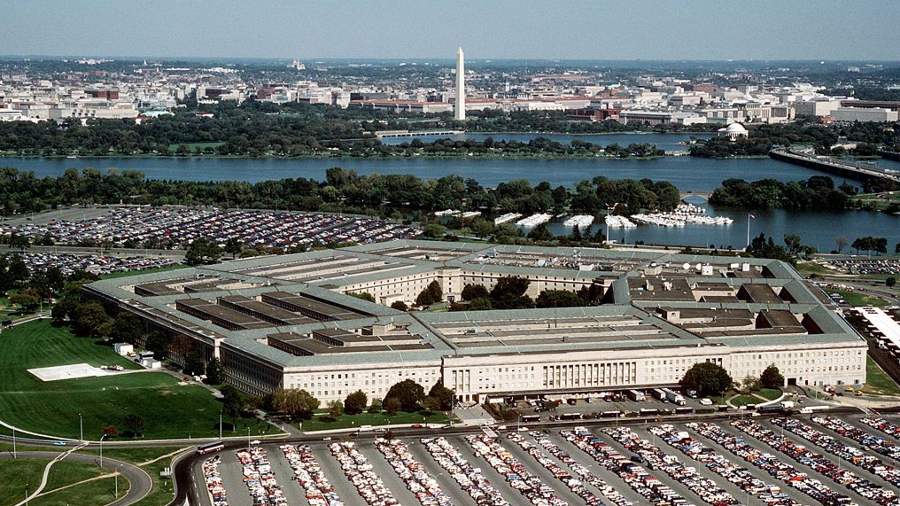 On Tuesday, at the request of one of our readers, we expanded on the testimony given in June by Gen. Mark Milley, Chairman of the Joint Chiefs of Staff, in which he — just like the DNC, coincidentally — blamed the breach at the Capitol on January 6 on Trump supporters’ “white rage” and anti-constitutionalism.

Tuesday evening on Tucker Carlson Tonight, Tucker included a segment on something we’d discussed in our commentary, the focused military indoctrination currently going on within the ranks. “Biden has gone much farther than any other president,” he said, “to politicize every federal agency, and that includes, terrifyingly, the military.”

The Defense Department has been ordered to direct its attention at American citizens, including our own military, as Biden’s Secretary of Defense Lloyd Austin states outright that some of our enemies “lie within our own ranks.”

Countering Violent Extremism — Within Our Own Ranks

The Defense Department has been ordered to direct its attention at American citizens, including our own military, as Biden’s Secretary of Defense Lloyd Austin states outright that some of our enemies “lie within our own ranks.”

The contractor with whom the Defense Department is working to stamp out these domestic “white supremacist” enemies is called Moonshot CVE (“Countering Violent Extremism”), a contractor based out of London. If you would like to read in great detail about how they operate, here is a long article, for when you have time. Warning: it might keep you awake at night.

The folks at Moonshot are the ones who have been looking into the online history of American soldiers to ferret out “extremist” views. So, what exactly are those extremist views?

You see, no one is even supposed to ask about BLM. Yesterday, we dared suggest that it deserves the same scrutiny as any other organization, which, I suppose, makes us — at least to Moonshot CVE and the new leaders of the US military — incorrigible, detestable, deplorable racists.

The Outcome is Contrived

“The outcome is contrived,” said Tucker’s guest, radio host Vince Coglianese. The only reason they’d include a question such as that would be to rig the outcome of a study, he said.

Moonshot CVE, he said, showed us what they’re about when they released a study in June about white supremacy in the United States, as determined by search trends. In that study, they happen to have included that same phrase, “the truth about Black Lives Matter.” This is something that anyone, of any skin color or political persuasion, might be searching for, for a variety of reasons.

In fact, my own researchers, given that they look high and low for information on just about any topic you could think of — from any perspective that might possibly be weighing in — would be very likely to search a phrase such as this. If they had, would that make them white supremacists?

Taken Out of Context and Labeled Extremist

It would make them … inquisitive, curious, interested. Anybody looking at the varied online search history of my researchers would be mystified as to their personal political proclivities. But if Moonshot wanted to take some searched-for phrase out of context and tar them falsely with extremist beliefs, they certainly could. And so they could with our soldiers.

In fact, when one of us did a search on “white supremacy u.s. military,” this is the first article that came up. We include a link to it for illustrative purposes only; the article itself is a big steaming load of leftist propaganda about how the US military is full of white nationalist extremists. It says that white supremacism in the military is “a problem that threatens both to compromise the integrity of the military and endanger the society it purports to defend.”

Feel free to be as offended as we are by this statement, especially if you are in the military or have loved ones who are. If soldiers hate anything, it might be the attempt — by those they are sworn to defend — to paint them as racists and domestic terrorists.

This is far from the only article of this type, either, as we checked out articles in The New York Times and Vanity Fair. We’ll spare you — you would thank us, believe me.

We prefer this take on the subject from The Daily Caller News Foundation.

As Coglianese suggested on Tucker’s show, doing an online search for such a phrase might even mean you’re a member of Black Lives Matter yourself, trying to find out where on earth $90 million that was raised by the national organization disappeared to. Does that make you a white supremacist? No, it makes you fiscally responsible.

Maybe you’re just wondering about the ideological beliefs supporting BLM, after hearing one of its leaders speak of being a “trained Marxist” or others among its leadership expressing support not for the Cuban people but for the Communists trying to keep them in their place. In other words, it likely has nothing to do with race at all.

Coglianese said he’s never seen anything like the current politicization of the military and says it’s “completely out of control.” Asking questions = extremism. Free inquiry = extremism. “It’s getting worse,” he said.

In order to further the left’s narrative about white supremacy in America, they have spread it worldwide, with the Biden administration, through Secretary of State Antony Blinken, even saying it wants the United Nations Human Rights Council to get involved in investigating our country’s “systemic racism.” In case you weren’t aware, some of the new members of the Human Rights Council are (get ready) China, Russia, Pakistan, Senegal, Malawi, and Cote d’Ivoire (the Ivory Coast). Does this strike you as a little … infuriating? The fact that China and Russia are even on the Human Rights Council makes no sense, let alone that they, to the delight of the left, are being put in the position of judging our country. And our current leaders actually want that.

Our country should be the bastion of freedom right now. We should be welcoming those who risk their lives to escape Cuba, as they would be political prisoners if they returned. We should have a well-functioning legal immigration system with rules that everyone understands and respects. We should be pressuring China to stop their blatant human rights violations, their enslavement and persecution of religious minorities. We should be known as the nation with a military that fights to preserve freedom for all, regardless of skin color (which is what they do). In other words, we should be that shining city on a hill. And we could be, if only…