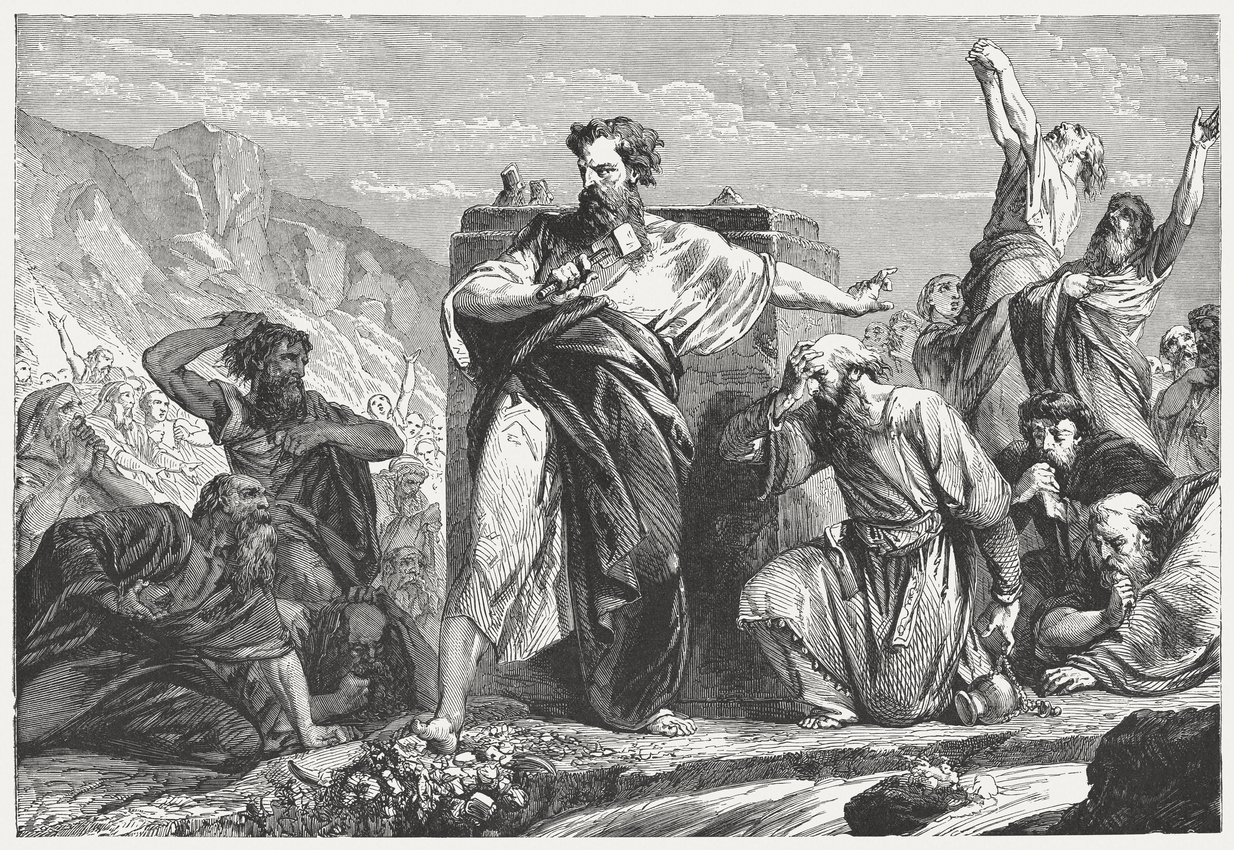 This summer, I have been studying the book of Exodus. As I have been paying attention to the story of Moses and details of the Mosaic Law, it has become clear to me that the Old Testament is embarrassing. It is chalk full of embarrassing material. Let me explain.

The Principle of Embarrassment

One criterion New Testament scholars use to weigh the reliability of an ancient saying or event is known as the principle of embarrassment. As my father and I explain in Evidence that Demands a Verdict, the principle of embarrassment is a rule that looks at ancient writings to see if there are hard, embarrassing or unfavorable details about the author(s) or with the story’s purpose. If such details exist, we can make positive conclusions about the integrity of the author(s).

Using this criterion, even many critical scholars conclude that a number of events in the New Testament are likely true, such as the disciples not understanding the teachings of Jesus (Mark 4:1-12), the three disciples falling asleep at Gethsemane (Matt 26:36-46), the crucifixion of Jesus as a criminal (Mark 15:21-41) and women discovering the empty tomb (John 20).

The fact that these hard, embarrassing and unattractive stories exist in the New Testament indicates that the authors were more interested in accuracy than reputability.

The criterion can also help establish the reliability of the Old Testament, which is filled with embarrassing material. Consider three brief examples:

1. The Hebrew people came out of slavery (Exodus 12-14). Why invent such a lowly origin story if it were not true? This is unique to the Jewish people. Of course, people could argue that the entire story was fabricated. But this fails to address the issue: Why even fabricate it in the first place?

2. The daughter of Pharaoh is the one who saves the life of Moses. In a twist of irony, Pharaoh’s daughter rescues Moses from certain death (Exodus 2:1-10). Why invent a story about the daughter of Pharaoh — who enslaved and tried to kill the Hebrew people — heroically rescuing the savior of Israel? This is similar to the New Testament story of Joseph of Arimathea. Many scholars trust the account of the burial of Jesus because it seems unlikely the Gospel authors would invent an honorable burial for Jesus from a member of the Sanhedrin who condemned him to death.

3. David, the man after God’s own heart, is deeply flawed. Along with Abraham and Moses, David is one of the most important figures in the Old Testament. The Messiah was to be from the lineage of David. And he was considered “a man after God’s own heart.” Yet he is a profoundly flawed character who commits both adultery and murder. Why invent such a defective character as David? Why not make him more honorable and faithful? Why not try to cover up his flaws, as the LDS Church as done with Joseph Smith?

These examples are only the “tip of the iceberg.” From the Torah to the Prophets, the Old Testament is filled with embarrassing material. And that’s one reason I trust it.

Sean McDowell, Ph.D. is a professor of Christian Apologetics at Biola University, the National Spokesman for Summit Ministries, a best-selling author, popular speaker and part-time high school teacher. Follow him on Twitter:@Sean_McDowell and his blog: seanmcdowell.org.

Was Jonah Really Swallowed by a Big Fish?