The Night the Lights Went Out in Georgia, Part 2 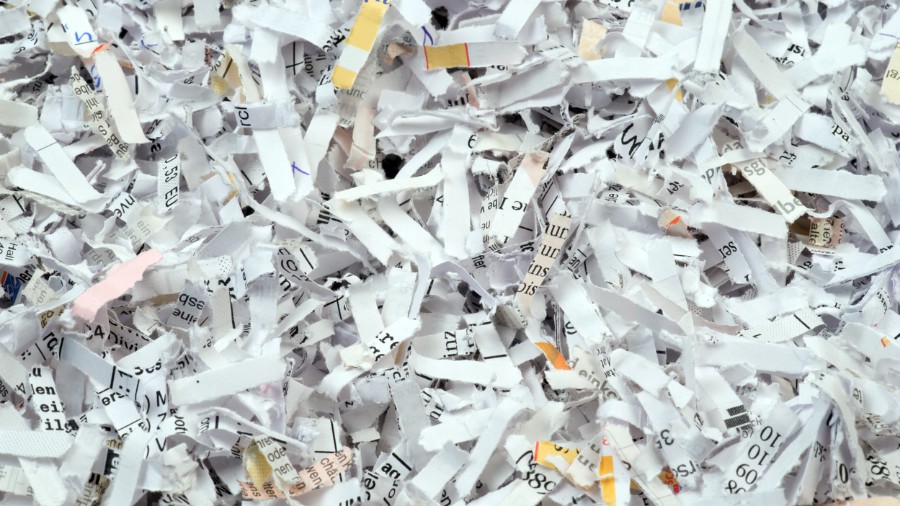 As you know, Patrick Byrne, founder and former CEO of Overstock.com, acted on a tip last week and documented what he claims is the transport and shredding of ballots from the November 3 election. This happened just hours after the Georgia Senate Subcommittee on Election Fraud unanimously agreed that ballots should be made available to Jovan Pulitzer, inventor and patent holder of the electronic barcode scanner, who says he can quickly detect counterfeit ballots and manufactured counting errors.

The Chads are Left Hanging

The Georgia secretary of state’s office denies that the ballots they shredded were used in the election, saying these were “extras” that were required by law in case they needed more. This makes no difference. What Pulitzer wanted to look at was whether or not any of these ballots, printed for use in different areas of Fulton County, had been made from a different kind of paper, perhaps with a different ink, perhaps with a different bar code or a slightly different alignment than the one required by the machines to read as a vote. Whether or not these particular “in reserve” ballots stored in this particular location were used is beside the point; they should have been preserved for examination.

But that’s how this “debunking” tends to go. Some peripheral, immaterial question is answered, and the main questions are left hanging, like a bunch of chads left on Florida ballots from the year 2000.

They Sprang Into Action

If these were just extra ballots left over from the election, and they knew there was going to be a court order that ballots be made available for examination, then why the all-fired hurry to shred them into tiny spitballs? It was 10 o’clock at night, for crying out loud, during the holidays leading into New Year’s. Why not let the ballots remain in the warehouse for just a few more days, until the issue of ballot fraud could be resolved?

But no, they had to get those leftover ballots out of the warehouse and completely destroyed right away. They sprang into action, used their superpowers and turned their department into a model of efficiency. I wonder if Fulton County officials hop-to this quickly when, say, a citizen has a property tax issue to resolve — wouldn’t that be great? I’d also like to know exactly when the order was put in to rent those trucks.

These officials were so efficient and thorough, they didn’t just go for the regular shredding that would be acceptable at any landfill I’ve ever heard of. They apparently went above and beyond, as my understanding is that this was a special, military-grade shredding, rendering the ballots totally unretrievable, kind of like pounding Blackberrys with hammers, if you catch my drift.

Well, as intriguing as Patrick Byrne’s original story was, there’s even more to it. He’s not backing off his original claims; instead, he’s presenting some additional findings that might or might not surprise you.

NOTE: this story as reported in NOQ Report also provides a link to attorney Lin Wood’s latest claims, for which he has so far provided no evidence and on which I have no comment, at least for now. We’re dealing strictly with Patrick Byrne’s claims here.

First, let’s take “Narrative #2”: According to Byrne, the rental trucks were on their way from a warehouse in Fulton County, Georgia, to a shredding facility in nearby Cobb County. On New Year’s Eve (I gather this was in the early hours of Thursday, December 31), the facility was given “roughly 3,000 pounds” of paper — hundreds of thousands of ballots — to turn into subatomic particles.

“Authorities have come into the possession of those materials,” Byrne reports.

Apparently, they were able to retrieve a handful of papers that had stuck to the side of a shredding bin. According to Byrne, these included some non-shredded ballots that “two federally certified forensic examiners” have determined do not match the official ballots.

Byrne tells us that another piece of paper also escaped the shredder: a receipt from the Chinese firm that apparently printed the ballots. The tip-off: this receipt was printed in Chinese.

(Note: the NOQ page crashed over and over as we were retrieving this information, suggesting that this story might be getting at least some of the attention it deserves.)

J.D. Rucker at NOQ says he hears that the Departments of Justice and Homeland Security have been told to “stand down” — no word on who might have issued such an order — while President Trump himself has had to contact agents and personally ask them to continue investigating.

As If This Weren’t Enough …

As if this weren’t enough, let’s take a quick look at “Narrative #1,” which has to do with a story we revisited yesterday, about a trucker who drove a load of ballots from Bethpage, New York, to a drop-off in Pennsylvania, where the truck he’d been driving literally disappeared. (He testified to this in a sworn affidavit.)

To possibly explain this, Byrne claims he now has this narrative completely documented (“texts, statements, affidavits, everything”): A Michigan print shop prints ballots for Delaware and Lancaster Counties in Pennsylvania; so far, nothing wrong. But along with those ballots, it prints hundreds of thousands more that get diverted to Bethpage, New York. (Since these came from the same print shop as the others, they would pass forensic muster.) In Bethpage, people working in a “boiler room” fill in the “Biden” circle, often not filling in any other circles. These ballots get trucked into Pennsylvania and mailed. Again, Byrne claims he has the goods on every stage of this.

Byrne also notes that this same printing company, and others in its same “family” of print shops, printed for Michigan, Wisconsin, Arizona and Georgia.

Finally, analysts for the Data Integrity Group have reportedly revealed incontrovertible proof that over 400,000 Trump votes in Pennsylvania “disappeared” during the counting. The Epoch Times originally reported this in a subscription-only piece, but the NOQ Report has summarized it.

Recall that Jovan Pulitzer said that during a vote tally, a candidate’s count should not “decrement” (go down). According to data analysts, “time-series” election data show Trump’s votes “decrementing in various counties at numerous time points instead of increasing as would be expected under normal circumstances.” At least 432,116 votes — 213,707 election-day votes and 218,409 absentee votes — were removed from Trump’s vote count as the count was going on.

We hope this information from Georgia and Pennsylvania will be presented to the House and Senate on Wednesday during the vote challenges. Democrats (and some Republicans) should be ashamed of themselves for allowing the electoral vote to go forward towards final certification without these issues resolved. If they succeed in that, the damage will be incalculable.