The Myth That Hurricanes Are Getting Worse (Because of Climate Change)

Claims that hurricanes are becoming more frequent and far more powerful (and deadly) are rampant. But are they true? 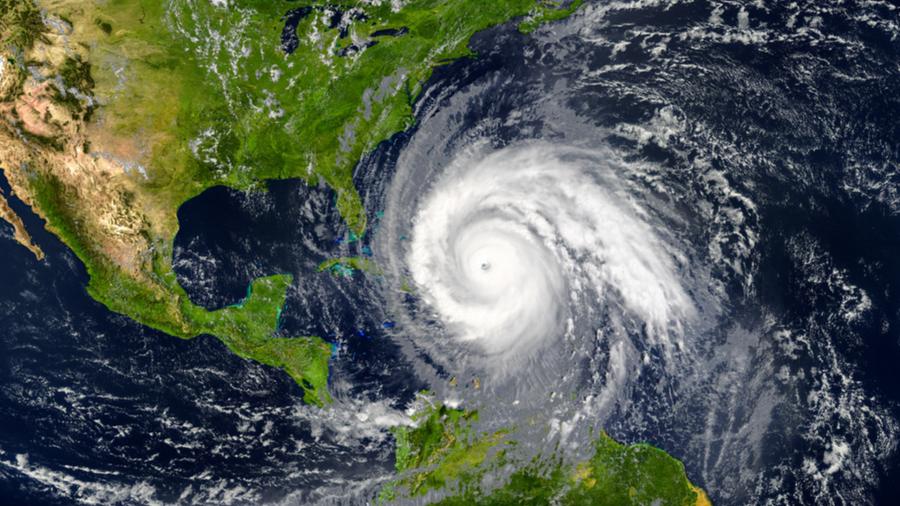 In the wake of the destruction of Hurricane Ida, President Joe Biden traveled to storm-ravaged areas of New Jersey and New York to deliver a “code red” climate change message to the world: extreme weather poses an “existential threat” to humanity.

“The threat is here. It’s not going to get any better. The question is can it get worse? We can stop it from getting worse,” Biden said in the New York City borough of Queens, where he met with Senate Majority Leader Chuck Schumer, Gov. Kathy Hochul, Mayor Bill deBlasio and others. “This is everybody’s crisis.”

Once crises are seen as a legitimate cause for extraconstitutional action, prepare yourself for an abundance of crises.

It’s a theme routinely trotted out after hurricanes. Following Hurricane Katrina, a devastating Category 5 hurricane that caused more than 1,800 deaths and some $125 billion in damage in 2006, research claimed Atlantic hurricanes doubled in the last century.

“These numbers are a strong indication that climate change is a major factor in the increasing number of Atlantic hurricanes,” said Greg Holland of the National Center for Atmospheric Research (NCAR) in Boulder, Colorado.

The idea that humanity is beset by an increased number of “turbocharged” storms is a bit frightening. But is it true?

A Closer Look at the Science

Before you take out a loan to build a storm shelter in your basement, it might be worthwhile to look at data from the American Meteorological Society recently published in The Wall Street Journal. The data show fewer hurricanes are landing on the continental U.S., not more.

“[D]espite what you may have heard, Atlantic hurricanes are not becoming more frequent,” explains Danish economist Bjorn Lomborg in the Journal. “In fact, the frequency of hurricanes making landfall in the continental U.S. has declined slightly since 1900.”

The WSJ is a respected publication, but it of course has a reputation for being right of center. So it’s important to note that Lomborg and the Journal are not out on a limb on this one. There is widespread consensus that hurricanes are not increasing in frequency.

The findings reported in Nature Communications were not an outlier. As The Economist reported in 2017 and The Washington Post reported in 2015, a plethora of research shows hurricanes are becoming less frequent, not more frequent.

That is only half of the story, however. While there is general agreement today that global warming is not causing more hurricanes, many scientists and media reports say storms are growing in intensity.

“[No,] there aren’t more powerful hurricanes either. The frequency Category 3 and above hurricanes making landfall since 1900 is also trending slightly down,” Lomborg writes. “A July Nature paper finds that the increases in strong hurricanes you’ve heard so much about are ‘not part of a century-scale increase, but a recovery from a deep minimum in the 1960s–1980s.’”

Despite what you may have heard, climate change is not actually causing more hurricanes.

Hurricane activity has actually been decreasing slightly since 1900.

Still, not everyone agrees with Lomborg and Nature. Some believe that the decline in the number of hurricanes is resulting in hurricanes that indeed are more powerful. But how much more?

“That is a fairly small increase and most of the computer guidance by global warming models say maybe we could see 3 percent stronger by the end of the century,” said Landsea, speaking during a session on hurricane history in 2019. “That’s really not very much.”

Why So Many Crises?

The actual science of global warming and hurricanes seems fairly clear. Hurricanes are not landing more often on the continental U.S., but less often. It’s unclear if they are becoming more powerful, but if hurricanes are growing in intensity, it’s not by very much.

These scientific revelations are rather bland, and they seem a stark contrast to claims that extreme weather poses an “existential crisis” to humanity and headlines of “turbocharged” storms.

A person could be forgiven for asking: What gives? What am I supposed to believe? Is a weather apocalypse truly upon us?

If an extreme weather apocalypse is indeed upon us, it is one of many crises we’re told we face. There is no shortage of catastrophes and epidemics, judging from politicians, intellectuals, and media reports. Mass shootings. The coronavirus. The opioid crisis. Forest fires. The list goes on.

While it’s true conflict and crises are common elements of human history, it seems that our modern state of affairs is virtually constant crises. Why?

In his book Crisis and Leviathan, the economist Robert Higgs discusses this phenomenon. Higgs argues that crises are essentially food for the leviathan, a metaphor for the state coined by the English philosopher Thomas Hobbes and derived from a biblical sea monster.

Higgs observes that crises have served as the catalysts for the greatest expansions of state power in modern history. The New Deal was the spawn of the Great Depression. The War on Terror and the Patriot Act were the offspring of the 9/11 attacks. And then there is the Pandemic of 2020. Unlike in previous pandemics, public health officials leveraged the full power of the state to attempt to tame COVID-19.

In each crisis, Americans were told the emergency actions taken were not just necessary, but temporary. History, however, shows that once a crisis has passed, “the fattened leviathan continues to hold sway.”

Higgs’s thesis — that crises are the food that feeds the ravenous leviathan, slowly freeing it from the shackles designed to constrain it — calls to mind a meme popular on social media.

Another version of the meme would be this: Once crises are seen as a legitimate cause for extraconstitutional action, prepare yourself for an abundance of crises.

None of this is to say pandemics, extreme weather, shootings, and the like are not real or serious problems. They are.

But it’s important to understand that government is the cause of many of these problems, not the solution. The reality is government isn’t very good at solving simple problems, let alone highly complex ones. Indeed, climate-related deaths are at historic lows — not because governments routinely hit their CO2 reduction benchmarks (they don’t) but because free market capitalism has made human habitats exponentially more resistant to climate-related disasters.

Global temps may indeed be edging upward, but the solution isn’t to give politicians and government bureaucrats the power to regulate the economy with Green New Deal-style legislation designed to curb bad weather.

The solution is to unleash the power of the free market and allow entrepreneurs to build humans a more prosperous and resilient world through human ingenuity.

Jonathan Miltimore is the Managing Editor of FEE.org. His writing/reporting has been the subject of articles in TIME magazine, The Wall Street Journal, CNN, Forbes, Fox News and the Star Tribune. Bylines: Newsweek, The Washington Times, MSN.com, The Washington Examiner, The Daily Caller, The Federalist, and The Epoch Times. Originally published on FEE.org. Reprinted with permission.