A Reflection for Father's Day 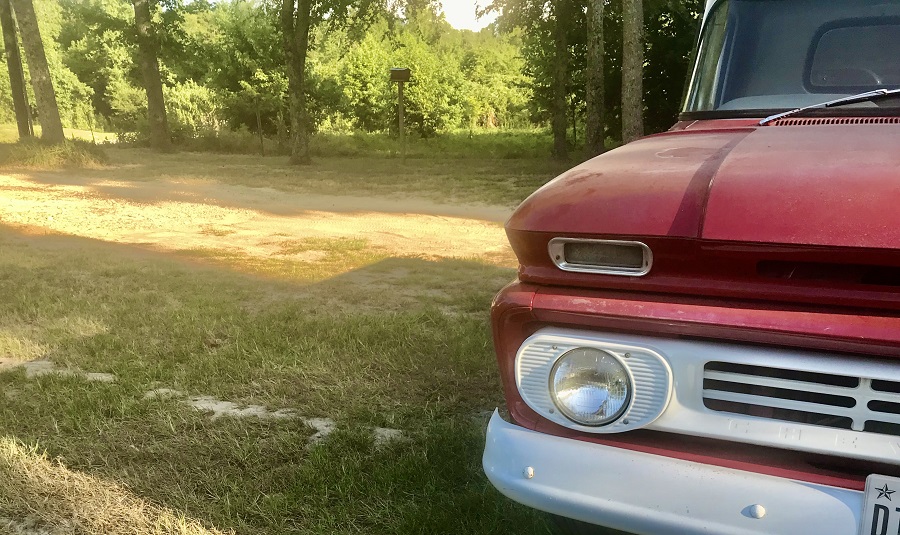 The year was 2012. My daughter and four other teenage girls in a North Texas town wanted to pursue rodeo as their high school sport of choice. We had no coaches and no funding for them. As the only parent with a background in rodeo and western sports, I was asked to coach the team.

Any time you have cute girls and rodeo, you’ll have a bunch of knucklehead boys trying to prove they’re men.

They Wanted to Ride the Bulls and Broncs

None of the guys had any experience in the sport, but they wanted to ride bulls and broncs. We set it up for them to participate in a Pro Rodeo training camp about three hours from our town. We planned to meet at the school at 4:30 AM to pile into one Large SUV and head out.

When I pulled up, 8 guys rolled out of a few jacked up 4 wheel drives, along with … empty beer cans, billows of smoke and several other items from a night of partying that I won’t try to describe for you. Most of them I had never even met. Others I’d met only once or twice.

In a moment, I flashed back to my days as a teenage boy trying to find my way. I had no leadership from my own father and very little leadership from other men. The ones who did invest in me (Mr. Hodges and Mr. Picard) — I have no words to adequately express my appreciation to them. I hope they see my life as a fruit of their investment.

The image I saw rolling out of those trucks broke my heart. I told the Lord, “God, if I am going to do this, I need to know you are going to help me make a difference in these guys’ lives.” They all piled in my vehicle. Heartbroken, I pulled out of that parking lot. After they had partied all night, they all fell asleep in quick time. So now it’s just me and Jesus. I am pouring out my heart to him and asking for wisdom.

Two hours into our drive I stopped for a cup of coffee and some snacks. On cue, they all woke up and piled out for a restroom break. Just a few minutes after pulling back on the road the Lord told me to pull over quickly.

The Lord Guided Me

I got out and the Lord guided me into the field. The guys assumed I went to “water the grass” and were totally confused as I bent down to pick up a hand full of west Texas red dirt and poured it into a brand new bottle of water I had just bought. I got back in the truck and tossed the bottle of water into the lap of one of the guys in the back seat and started out again.

After a few minutes of silence, one of the guys asked “What was that all about?” Another said, “Is this some kind of a lesson?” I said, “Yep!” A few minutes later, another asked, “ Well … what does it mean?” I told them to hold on to the bottle and think about what it means. At dinner I would tell them.

The day was amazing. These guys rubbed elbows with some of the best bull and bronc riders and steer wrestlers in the business for an entire day. Every little bit, one of them would walk up to me and tell me what they thought the lesson was. Those are great thoughts and it could be that, I’d reply, but it’s not what I was thinking about.

We headed home. The guys were on fire with excitement and telling stories nonstop about their day. We pulled in to a little restaurant and ordered our food. I set the bottle on the table and let them talk about it.

What is this? I asked after awhile. It’s water, they replied. A bottle of water, one said. Right! What is it for? Drinking! Right, I said, and handed it to one of the guys and told him to drink it. He said, “I can’t drink that.” Why not? “It’s got dirt in it!”

This bottle of water was created for me to drink, I said. But now that it’s got dirt in it, I can’t drink it. It’s not worthless. I can still water flowers with it or pour it out on the grass, but now I cannot use it for the purpose it was created for.

I explained to them how each one of them were created for a purpose. Their dreams and desires all had a purpose, but the distractions and problems of this world are like the dirt in the water. When you let them in, you lose the ability to fulfill your purpose.

Their Dreams and the Dirt

For the next hour we talked about their dreams and visions and the dirt that wanted to ruin their purpose. As we stood up to pay the bill, one of the boys told me, “Mr. Yeatts, thank you. No one has ever talked with me like you did today.”

I asked about his dad. “My parents are divorced and he never has time for me and would never talk to me the way you did.” I would eventually learn that out of those eight boys, only two had parents still married,  and only one had some sort of relationship with his dad.

Over the next few years, we had a phrase between all of us. If we saw one another doing something that polluted our purpose, we just said, “That’s Dirty Water”. It was an insider’s statement that no one else understood. It was a phrase of accountability between men trying to find our way.

Why am I telling you this story? Because tragically it is a reflection of my own story and the story of the majority of young men and women today. It’s probably your story.

A World of Fatherless Men and Women

Right now, as we celebrate Father’s day, a world of fatherless men and women are destroying our cities. Most them are from single parents or blended families with no real connection to the God-ordained leadership fathers were created for.

The fact is I needed that lesson as much as they did. All of us men need it. This generation and nation need it.

There has never been a greater time for dads to make a difference. The world is in trouble and the #1 reason is a lack of fathers. Just as a few men helped me and I was able help a few others. You have the ability to help a young person find their way. It is time for real men, created by God for the purpose of leading others to Him and into their destiny, to rise up and stand in the gap. Meet the need.

You might not know how. Neither did I. But if you see the need, commit to stand in the gap and ask God for wisdom. He will help you. He will direct you and you will make a difference. I spent seven years coaching that team with over 100 young people coming through, young men and young women, almost all of them needing a dad.

When that season came to an end for me, I realized how much of a difference was made in all of our lives. In theirs. And in mine.

Spend Time with Your Children, and the Father

So Dads, make sure you spend time with your sons and daughters, doing what they love and letting them do what you love. If you are a hunter, fishermen, golfer, ball player, carpenter or mechanic, whatever it is, take a young person along on the journey with you. Ask the Father for wisdom to know how to help them find their purpose. Don’t be afraid to correct them. Blood does not give you that right, but time does.

Use the time to share your story, your success, your failures, your current challenges. Share how you are moving forward with God’s help to be the best version of you that you can be. Listen a lot, tell the truth with your actions, and use words when necessary.

Timothy, Titus, Mark, Luke and others had a Paul. Who has you?