‘The Littlest Victims’: The Fentanyl Epidemic Has Left Children Without Parents Across America 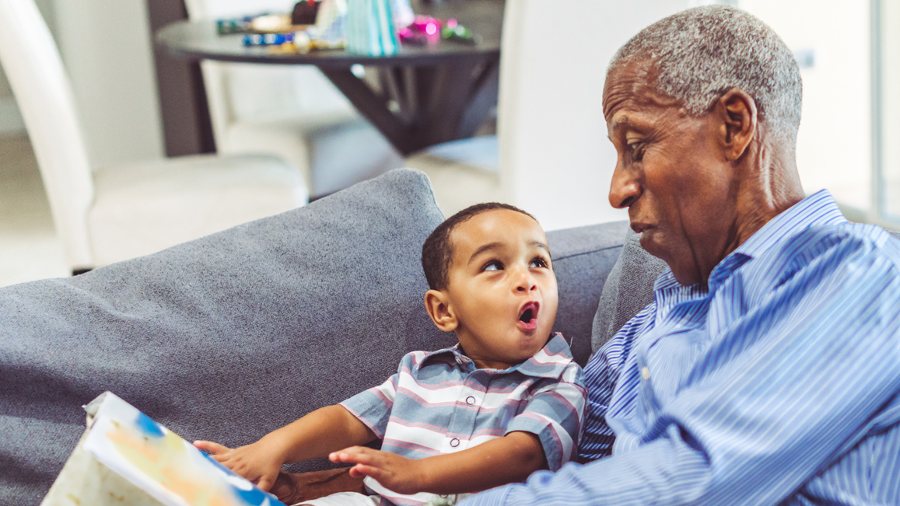 Taylor Marie was just 4 years old when she lost her mom to fentanyl. Her grandmother, who now takes care of her, has been open with her about how and why her mom died.

Taylor, now 6, is an outspoken advocate about the dangers of fentanyl, speaking at rallies and to her peers at school.

”You shouldn’t take candy from strangers because it might have fentanyl,” she told the Daily Caller News Foundation of what she tells her friends.

Fentanyl is largely responsible for the more than 100,000 overdose deaths in the U.S. in 2021. That’s up from more than 41,000 just a decade before, according to the Centers for Disease Control and Prevention (CDC).

More than 2.6 million children in the U.S. are raised by their grandparents, aunts, siblings or other extended family members, with drugs being the leading reason, according to a 2018 Generations United report.

Young people of child-bearing ages make up the majority of opioid drugs deaths in America, according to 2020 data from the Kaiser Family Foundation. During that year, 25-to-34-year-olds had the highest numbers of opioid drug deaths, making up 27% of the over 68,000.

Brenda Ryan founded Keys 2 Serenity, an Ohio-based nonprofit organization helping families affected by drugs and addiction. Ryan says there are roughly 800 children in her county, Summit County, that are in the care of Child Protective Services, of which around 80% are there due to drug use in the family.

Ryan also emphasized that many grandparents are having to raise their grandkids due to drugs like fentanyl.

“The number of grandparents raising grandchildren is just astronomical,” Ryan, who is raising her 12-year-old grandson whose mom passed away from drugs, told the DCNF.

Ryan described the children of those lost to drugs and fentanyl as “broken,” adding that there’s not enough grief support for them.

“A lot of these kids suffer and, unfortunately, dealing with my grandson, there’s not enough research and not enough people that are experienced enough to deal with childhood grief. That’s something that, let’s say 30-40 years ago, there was only a handful of kids that had lost parents, maybe to an accident or cancer or sickness,” Ryan said.

John Hopkins Bloomberg School of Public Health estimated in 2019 that 4.3 million children will have an opioid use disorder or have a parent with one by 2030, accruing a $400 billion total cost on the country.

”We have a whole slew of children that have lost a parent that are orphans basically, but we don’t have enough experienced counselors to counsel these kids in childhood grief,” Ryan said.

Michiko Duff was 23 when fentanyl took her from her beloved daughter Taylor Marie, who is now being raised by her grandmother Missy Duff.

“It’s a struggle every day because she [Taylor Marie] misses her mom,” Missy told the DCNF. “And you see those kids that she’s at a young age, and my fear is that she will forget her mom because she’s so young. But also the things that I see her go through when she comes home from school, field trips, Mother’s Day, Father’s Day, you know, different things like that.”

Missy is not alone and has joined a network of moms now raising their grandkids due to the fentanyl epidemic.

“Grandfamilies affected by substance use disorders face a range of unique social, financial, physical and mental health challenges,” the report noted. “Despite challenges, the growing reliance on grandfamilies is best for children whose parents cannot raise them. Decades of research repeatedly confirms that children who cannot remain with their birth parents thrive when raised by relatives and close family friends.”

Crystal Tilley is raising her grandson, Christian Jr., who lost his father, Christian, when he was around 6 months old.

”He was just an amazing dad,” Crystal told the DCNF of Christian, whom fentanyl took at the age of 19.

“I’m broken. I don’t know any other way to describe it. He was the one who made me a mother. I was 17 when I had him and he used to joke all the time that we were going to be in a nursing home together racing each other down the hallway in our wheelchairs,” Crystal said.

Crystal struggles everyday with the loss of her son and having to raise her grandson, who isn’t old enough to comprehend everything that happened to his father.

“He knows his picture when he sees him and knows he is in heaven,” she added.

Cameron was 2 and a half years old when he lost his mom Heaven to fentanyl. His grandmother, Patricia Drewes, is raising him.

“To be 50 years old, and then all of a sudden, you’re starting all over. I had to rearrange my whole life. I do it by myself. I work a full-time job. I have a group for the victims of North Carolina, which I am very, very active in,” Patricia said. “I have to stay busy. It’s the only thing that keeps me going. With my job or six days a week, I have all the bills to pay. No one helps me. But you know what, she was my only child. What would have become of me if I didn’t have him?”

“It is hard. He looked at me tears in his eyes and he says ‘Mama, was Heaven real? Was she really real?’ Because he was only 2 and a half when he lost his mother,” Patricia said.

Patricia and the other grandmothers, like Missy and Crystal, are taking care of the youngest victims of the fentanyl crisis that are often overlooked or forgotten.

“So many people forget about the littlest victims,” Patricia said. “And I try to explain this whole epidemic, it’s like a tsunami wave is going to affect so many people in so many generations to come. When I get older, who’s going to look after me? Who says I’m gonna live long enough to raise her son? What happens if something happens to me?”

“I happen to be able to raise him. But there’s so many out there that wound up in the system. They have no one.”

The Importance of Foster Care