The Left’s Vision Does Not Help the Poor. It Harms Them. 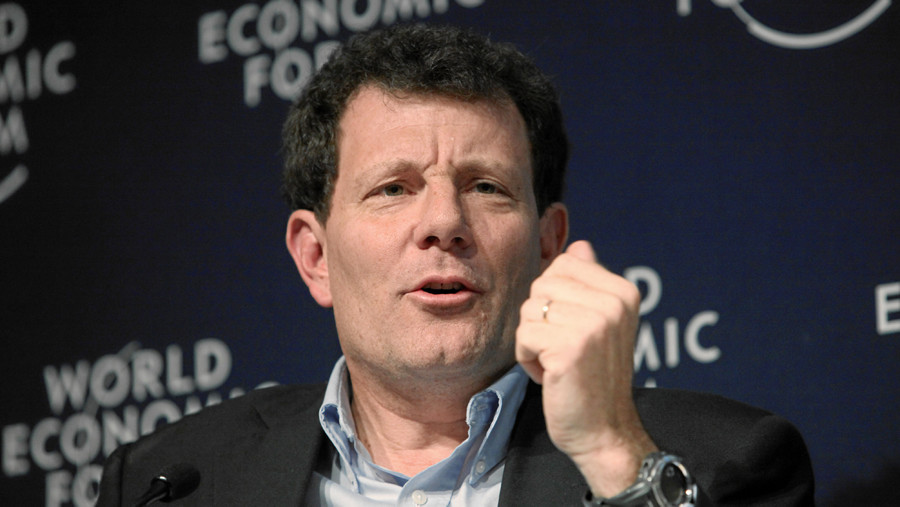 In this Jan. 30, 2010 file photo, Nicholas D. Kristof, Columnist at The New York Times, is pictured during the session 'Redesign Your Cause' of the Annual Meeting 2010 of the World Economic Forum in Davos, Switzerland.

The political left keeps announcing, as if it is a new breakthrough discovery of theirs, that life is unfair.

Have they never read Thomas Gray’s Elegy Written in a Country Churchyard, more than two and a half centuries ago? What about economic historian David S. Landes’ statement: “The world has never been a level playing field”?

In the joint autobiography of Milton Friedman and his wife Rose, they say: “Everywhere in the world there are gross inequities of income and wealth. They offend most of us. Few can fail to be moved by the contrast between the luxury enjoyed by some and the grinding poverty suffered by others.”

Moreover, Professor Friedman left behind a foundation dedicated to promoting school choice, so that disadvantaged children could get a better education for a better chance in life.

What is it that the political left is saying that they think is so new, such a breakthrough and such a necessity for progress? More important, what test of evidence — if any — have they ever subjected their notions to?

No one has presented the social vision of the left more often than Nicholas Kristof of the New York Times — and no one has been more certain that those who do not happen to share his vision “just don’t get it,” as he has repeatedly declared.

Mr. Kristof’s essay “Growing Up Poor in America” in the October 30th New York Times is a classic example of the mindset of the left.

It begins with the story of a poor black teenager in Arkansas, being raised by a single mom. Sometimes he goes hungry and his home does not have even one book. But it does have television sets with huge screens, and apparently there is money enough to buy marijuana.

Surely we can all agree that this young fellow has very unpromising future prospects ahead of him, and that this is a human tragedy. The circumstances of his life are unfair to him and none of us would want to be born into such circumstances. Moreover, he is just one of many who are brought up in a setting that is full of dangers and with a low probability of improvement.

But that is not enough for Mr. Kristof or for the political left in general. Of such youngsters he says, “as a society, we fail them long before they fail us.”

When the left says “society” they usually mean government. That is apparently what “society” means in this case, for Kristof laments that this teenager is “the kind of person whom America’s presidential candidates just don’t talk about.”

If the left chooses to believe that government intervention is the answer to such tragedies, that is their right. But, if they expect the rest of us to share that belief, surely they could subject that belief to some empirical test. But we can, however.

Kristof’s essay also mentions a teenage girl who is a single mother, and suggests that “sex education” could have prevented her from getting pregnant. Teenage pregnancy was going down — repeat, DOWN — during the 1950s. It reversed and shot up after the 1960s began bringing the “sex education” vision into schools across the country.

Very similar trends occurred in England, after very similar visions and policies also triumphed there in the 1960s. Perhaps it is the left that just doesn’t get it — or cannot face the hard fact that its own vision and policies worsened the very things they claimed would be made better.

Thomas Sowell is a senior fellow at the Hoover Institution, Stanford University, Stanford, CA 94305. His website is www.tsowell.com.

The Left to America’s Children: Your Past is Terrible, and Your Future is Terrible