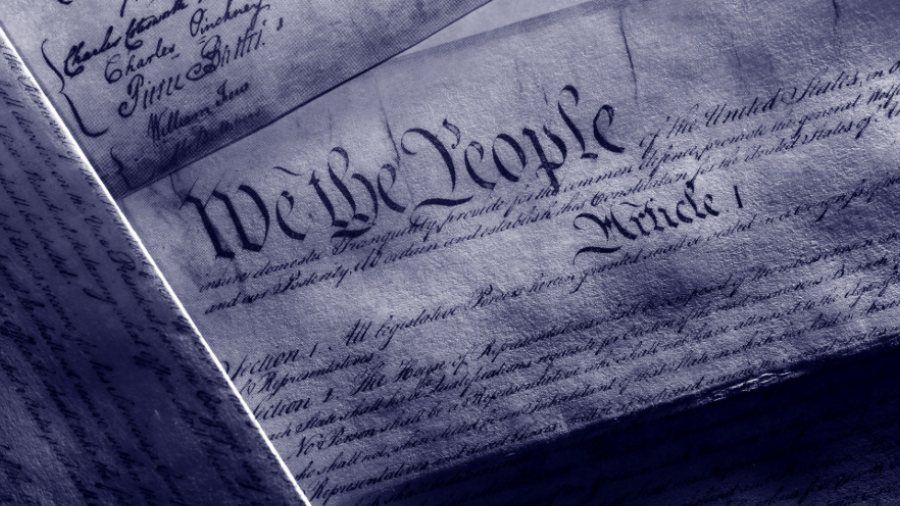 No greater hoodwinking of America has ever been proposed than through a dangerous and deceitful piece of current federal legislation that will create one-party rule.

In March 1933, the German people voted in their last full and free election until West Germans voted in 1949. The 1933 elections gave power to the National Socialist Workers Party in coalition with a minor party subsequently outlawed along with every other German political party as the Nazis turned Germany into a one-party state.

Duped by the American Left

The core of this devious plan is the cynically named “For the People Act” passed by the House along party lines and awaiting a vote in the Senate as S. 1. This bill is being falsely promoted by its supporters, and should be more accurately called, “For the Corrupt Politician Act.”

Our Constitution was designed to prevent a power grab by one political group. It maintains checks and balances between the people and their elected officials and also between state and federal governments. In Federalist Papers Number 10, founder James Madison noted “among the numerous advantages promised by a well constructed Union, none deserves to be more accurately developed than its tendency to break and control the violence of faction.”

Silencing Half the Country

There has perhaps never been a piece of legislation with a greater promise for factionalism, tyranny, and loss of checks and balances than this Act. It would silence the political voices of roughly half of the country and lay the groundwork to steal the rest.

It breaks the foundational tenets of these United States by removing from our 50 states their Constitutional authority over elections. It steals control of the individual vote from the individual voter. Its restrictions and regulations on speech will make opposition to one-party rule and election corruption nearly impossible to publicly express and subject people who speak out to criminal penalties.

The bill’s provisions were designed by power-hungry activists and their political colleagues to dilute the safety and security of every American ballot through a series of voting procedure changes hidden in deceitful titles like, “Preventing Voter Intimidation” or “Best Practices.”

One Step Closer to the End of the US

Much analysis exists of dangerous individual provisions in the bill, but it is the broader public policy aspects of this legislation and its dissolution of our first freedoms that should strike fear in all Americans regardless of political affiliation.

S.1/H.R. 1 transcends politics and politicians. Its impact goes beyond present-time elections and today’s officials. It is not hyperbole to note that if passed, this bill will be step one at the end of the United States as we know it and the rights and freedoms our Constitution protects.

It is only false propaganda and the contemptuous invention of a “common enemy” that allows popular acceptance of what would otherwise be vehemently opposed. Such was the case in Germany as the Nazi party blamed other political partisans and a religious minority for the country’s ills, uniting the nation under a false flag that ultimately caused devastation for every German citizen.

As liberalism moved further toward socialism in recent decades, its activist class diligently created the false notion that conservatives and constitutionalists are American’s enemies. Schools have ceased teaching about constitutional liberty and become propaganda mills. The false messaging permeates all levels of society.

The left calls the right of voters to protect ballots “voter suppression.” It implies that blacks and other minorities are too incompetent to obtain identification, even though ID is provided at low cost or no cost in most states. Liberals claim cleaning voter rolls or opposing unverifiable mail-only ballots is somehow “racist.”

As the left unceasingly touts a false nexus between vote security and racism, too many of our fellow citizens have bought into the propaganda. That opens the door to “fix” (non-existent) “racism” with this bill.

To be clear, the left’s real agenda is not racial justice or enforcing rights for any group they claim is mistreated. It is solely to manipulate good, decent Americans into voting against non-existent bad guys so they can achieve the one-sided political power that is their true end game and that of every totalitarian-oriented movement in history.

Living in Britain during the rise of Nazism, Austrian-born economist Friedrich von Hayek was a keen observer of the freedom-limiting force of government using its own power to tilt an unknowing public toward totalitarianism. He also knew it started with a benign projection of socialism.

In his 1944 book The Road to Serfdom, Hayek noted a “tendency among modern men to imagine themselves ethical because they have delegated their vices to larger groups. To act on behalf of a group seems to free people of many moral restraints which control their behavior as individuals within the group.”

As renowned WWII reporter Edward R. Murrow observed, “a nation of sheep will beget a government of wolves.”

Ken Blackwell, a Policy Board Member for the American Constitutional Rights Union, is a former Secretary of State for Ohio. He serves on the Board of the Public Interest Legal Foundation.