The Left Comes for Religious Hospitals With Surgical Precision 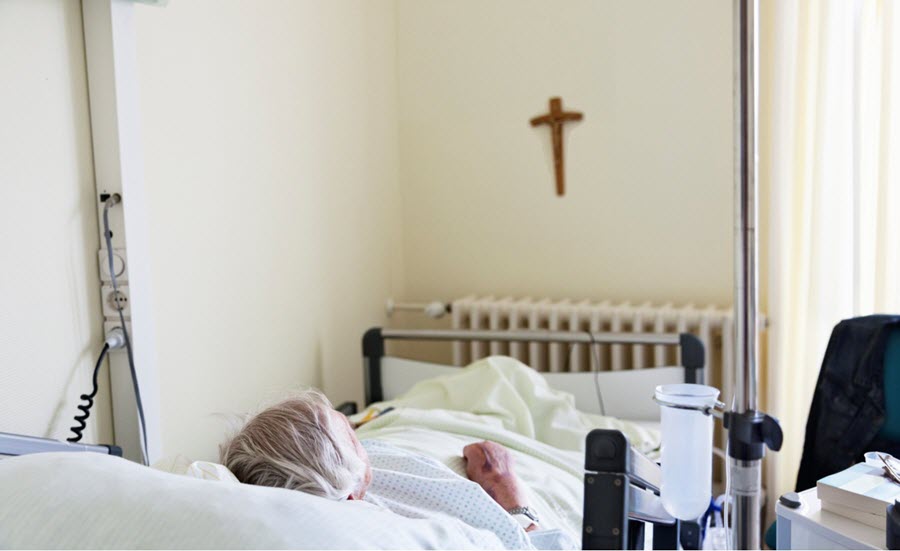 The justices predicted a war — and almost one month to the day of their Bostock ruling, they got one.

The first shot was fired last Thursday, when the ACLU decided to sue Maryland’s St. Joseph Medical Center for refusing to take out a woman’s perfectly healthy uterus just because she wanted to live as a man. It goes against the hospital’s religious beliefs, St. Joseph argued. But now, thanks to the Supreme Court, it might go against six justices’ ridiculous definition of “sex” too.

They Will Shut Their Doors

The last thing anyone should want right now is fewer hospitals. And yet, that may very well be the outcome of lawsuits like this one.

If people are worried about the health care system being overwhelmed today, just wait until liberals force the religiously affiliated groups entirely out of business. Because that’s what’ll happen if the left insists on forcing religious facilities to embrace its radical views.

Catholic nonprofits have told the country before — in adoption and abortion debates — that choosing between their faith and ministry is no choice at all. They’d rather shut their doors than bend an inch on biblical teachings.

It’s Not About Justice

The ACLU, on the other hand, is more than willing to blow a gaping hole in America’s medical care just to advance its political goals. And that’s all this is about. It’s certainly not about justice for Jesse Hammons — she already got her surgery somewhere else. It’s about making the nonconformists pay.

St. Joseph’s refusal, the liberal attorneys insist, was a “discriminatory and unconstitutional application of Catholic religious doctrine.” Worse, Hammons said, “I felt like this hospital didn’t see any worth in my life and the care that I needed.”

On the contrary, St. Joseph’s might have been the only one who did see the worth in Hammons — because it, unlike the attorneys exploiting her story — refused to mistake bodily harm for medical “care.”

Either way, a spokesman insisted, the hospital’s decision has nothing to do with Hammons or animus toward people struggling with their gender. It has to do with the hospital’s religious code. St. Joseph’s has been under the umbrella of the U.S. Conference of Catholic Bishops since it became a hospital in 1864. And those directives are clear: There are limits on the “removal of healthy organs.”

At the end of the day, Wesley Smith argues at National Review, the denial actually has nothing to do with Hammons identifying as transgender. If she’d had a cancerous uterus, surgery wouldn’t have been a problem. But this procedure would have sterilized her, Smith explains, and the church has very strong feelings about that. It’s their right to say they won’t destroy a womb. Just as it was Hammons’ right to go elsewhere — which she did, nine days after the Bostock ruling — and have her body changed.

By all accounts, everyone should have been satisfied.

By all accounts, everyone should have been satisfied. Hammons got the surgery she wanted, and the hospital didn’t have to violate its conscience. But the ACLU sued anyway — proving, once again, that this debate has never been about coexistence or compromise.

The Battle is Here

Maybe those are possible in a civil society where everyone is adult enough to put aside their hostility and see the value in respecting different viewpoints. If instead of suing people like Aaron and Melissa Klein out of business, couples simply found another bakery. If instead of jeopardizing care for everyone else, Hammons was content with an alternate location and moved on. If instead of preaching tolerance, activists practiced it.

But unfortunately, all of that became even more of a pipe dream once the Supreme Court stepped in to redefine the word “sex,” deciding for everyone that millennia of biology, history, and morality no longer applied.

Justice Samuel Alito tried to warn where this would lead, but six of his colleagues were too busy legislating to listen. “Healthcare,” he wrote in his Bostock dissent, “ … may emerge as an intense battleground under the Court’s holding.”

Workers are already suing for sex reassignment surgery under their insurance, Alito pointed out. This sets up another major conflict, since, as he points out, “requiring them to pay for or to perform these procedures will have a severe impact on their ability to honor their deeply held religious beliefs.”

The battle that Alito worried about is here. “It is open season on Catholic hospitals,” Smith writes, and anyone else with a biblical view of gender. “Medicine is becoming a major front in the accelerating attacks on religious liberty in this country. The assault against medical conscience can only exacerbate our bitter cultural divisions already at the ripping point.”

Six activists on the Supreme Court think they’ve done Hammons a favor by ordering America to help her live as a man. But what about the hospitals that want to live as Christians? We need justices who will stand up and protect them.