The Left are Showing us Who They are. Watch and Learn 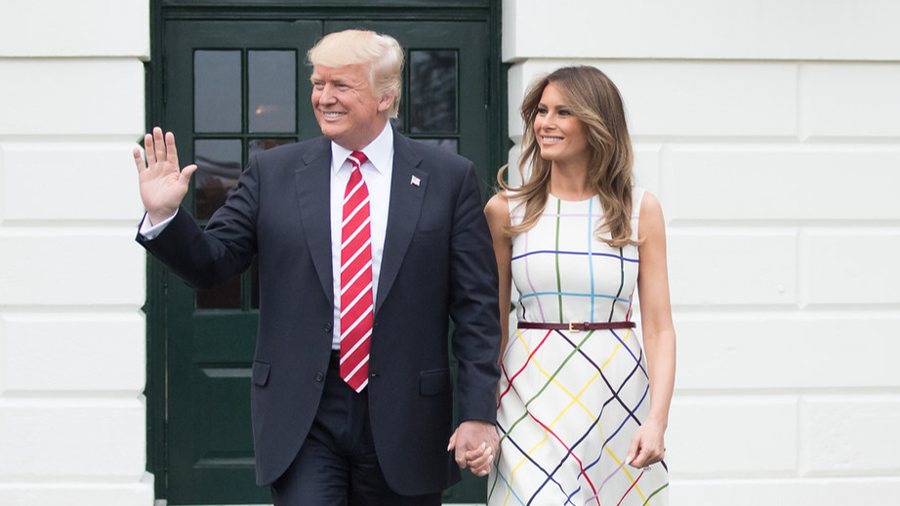 President Trump posted this Wednesday on Truth Social: “Not only did the FBI steal my Passports in the FBI Raid and Break-in of my home, Mar-a-Lago, but it has just been learned through court filings that they also improperly took my complete and highly confidential medical file and history, with all the bells and whistles (at least they’ll see that I’m very healthy, an absolutely perfect physical specimen!), plus personal Tax Records (illegal to take), and lawyer/client/privileged information, a definite NO, NO. Days of the Soviet Union!”

A Venomous Attack on Melania Trump

We love the characteristic touch of humor about his robust physical self. But I wonder if when he wrote this, he’d seen the venomous Wednesday column in the Los Angeles Times by Robin Abcarian, who has no problem at all with FBI agents pawing through Melania’s intimates as part of this inappropriately broad search of her husband’s things. If he’d seen that, he might have taken a darker tone. (As you know, agents searched 16-year-old Barron’s room as well.) Abcarian says without a molecule of sympathy that if Melania feels “violated,” as she reportedly told friends, it’s her own fault, for being married to this man.

We won’t be linking to the LA Times column, thank you very much, but here are a few quotes courtesy of FOX NEWS:

Melania never felt comfortable in the role of First Lady, and it was always painful to watch her strained interactions with her husband. And yet, even while she seemed sometimes an object of pity, she was not a particularly sympathetic figure. She left office as the least popular First Lady since such surveys were conducted.

While it’s unsettling to have strangers paw through your closets and unmentionables, the unprecedented search of Melania’s closet and bedroom was legal. The warrant applied to all the rooms of Trump’s residence — his office, his storage rooms, and all other rooms or areas within the premises used or available to be used by [Trump] and his staff.

[Editorial aside: Not so fast; courts may find that this abusive, general-warrant-style search was quite inappropriately broad and violated the Fourth Amendment.]

This is simply the price you pay when you are married to a sticky-handed former President who is unable to grasp the difference between things that belong to him and things that do not.

Melania Trump may have felt besmirched by the FBI rifling through her drawers. But the blame is squarely on her husband. Acting as if he is above the law, he brought the FBI to Mar-a-Lago in the first place.

If that weren’t enough, there’s even a lame quip about their sex life: “It’s her bedroom. Even her husband isn’t allowed in her bedroom. Well, then, where do they….ah, never mind.”

A Presumption of Guilt

Abcarian apparently believes every leak from the government and presumes Trump guilty even after the FBI is known to have framed him for being an agent of Putin, with allegations built out of thin air, first to keep him from becoming President and later to tie his hands legally and get him impeached and/or jailed. Her reaction was just what Democrat leadership wants: the raid itself telegraphing that Trump must be guilty of something terrible.

Melania was treated so shamefully — so hatefully — from the moment her husband announced for President that it’s amazing she still supports him in whatever he decides to do politically. Yet she does. I guarantee you that if President Obama had been targeted by the FBI for such a broad, invasive, shock-and-awe raid, writers like Robin Abcarian would never leap to assume his guilt, as they’ve done in Trump’s case. No, they’d be defending him to the skies, calling for everyone involved to be drawn-and-quartered, and screaming at the slightest violation of personal space suffered by Michelle and their two daughters. If Trump had been President at the time of such a raid, take that reaction to the tenth power.

On the other hand, a raid of Obama’s private home, or even just a normal knock-on-the-door search, would never have taken place, no matter what.

A Peek Behind the Curtain

You know the saying, “When you point at me, there are three fingers pointing back at you.” That’s what’s happening here. The people calling Trump and his supporters “evil,” “fascist” and “threats to democracy” are showing themselves to be those very things. They hardly try to hide it any longer. Every day, we see more of the man behind the curtain, and he’s not the kindly would-be wizard; he’s more like “The Picture of Dorian Gray.”

In case you haven’t watched MSNBC in a while, you might not realize, but it’s time to point out that these TDS-infected leftists who have been leading the attack on Trump (and us) for so long are horrible, horrible people. I don’t like to talk about people that way, but there’s hardly any other way to say it or to explain what they do and say. Hate has eaten away at their brains and their souls.

‘Corrosive To Our Democracy’

These people don’t care if the Constitution has to be violated to silence or punish conservatives. They don’t care if there are different standards of “justice.” (In fact, that’s not a bug; it’s a feature!) Wisconsin Sen. Ron Johnson appeared on Sean Hannity’s TV show Wednesday to talk about what’s happened at the “Justice” Department. He says what we’ve been describing as the two-tier system of “justice” actually has at least three:

— The tier for mostly non-political Americans.

— The tier for Democrats’ political opponents, which weaponizes all the federal agencies to come after them with a vengeance.

That last one, he said, “is very corrosive to our democracy.” God bless the whistleblowers for coming forward, he said — the “people of integrity within these agencies who want their agencies restored.” And that’s despite an order from Attorney General Merrick Garland that tries to intimidate them from speaking with members of Congress, which by law they’re supposed to be able to do with whistleblower protection.

Journalist Glenn Greenwald — who knows the left because he used to be in it — went on Twitter with a brilliant, must-read examination of how the left is stifling dissent these days, coordinating media with the state. This is a “consortium” of groups, he says, who are exploiting “a series of crises,” including Trump’s election, RussiaGate, January 6, COVID, and even the war in Ukraine to foster new methods of repression. Now, certain topics are just off-limits. (I would add that now, even to question an election outcome is considered to be a threat to democracy.)

Greenwald gets much more specific, with new information about the specific entities trying to crush us with censorship. The work they do is by definition fascist and authoritarian, even as they point fingers at the right. The real enemies, he says, are the mock “journalists” and larger forces conspiring to crush dissent, not your neighbors “who have been deceived into supporting the wrong party or wrong ideology.” He says there’s “a war in the West” over the internet and free expression — a war being waged against alternative, uncensored media such as Rumble. This is a war over whether dissent will be allowed or whether we’ll live in a “closed propaganda system.”

Again, this is a must-read, very important. Greenwald is dealing with a family health crisis right now, and we want to pray for them and thank him for taking the time to analyze what he sees happening right now in the so-called free world.

Much more on this subject tomorrow; we’ll feature a detailed exposé from the Foundation for Freedom Online about what’s going on within the Department of Homeland Security to censor “disinformation.” Turns out, the Ministry of Truth is alive and well.