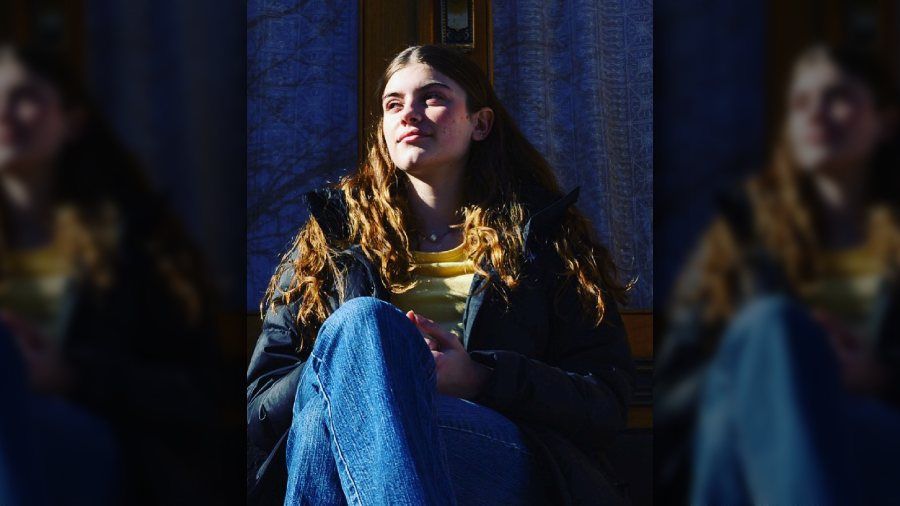 PITTSBURGH — One year ago, Lena Carson was pulling straight A’s at the city’s Creative and Performing Arts Magnet school, located across the river from her parents’ home. She also swam at the local YMCA every day in preparation for the annual state competition and enjoyed the everyday social life of a teenager.

Today, she is sitting at home. Again.

‘Going to School is All I Want’

It has been nearly a year since she was able to walk into CAPA, to which she had to earn admission through a portfolio of her work, and interact with her teachers or friends.

Her daily swims are gone, along with her social life. Her outside activities have diminished to walking the dog around the block.

In the beginning, like most teenagers, she thought of it as an extended snow day. When days turned to weeks, what started as an escape from school went from fun to dread. “In the beginning, I was like, I have this time off, it’s going to be so fun, and now going to school is all I want,” she said.

The hardest part for her is all of the false starts. “Four times over the past year, we’ve been told we were going back, given a date, and then a few days before, and sometimes a day before, we are supposed to get to the classroom, they abruptly change the rules,” she said.

It tugs at her emotions. “They’ve told us four different times that we are going to go back to school, and I was like, ‘Oh, my gosh, I get to see my friends. I get to wear my clothes to school. I get to learn with my peers. Then I’ll get to go to swim practice,'” Carson explained of the routines of her young life that she’s lost.

“It is really disappointing whenever they say, ‘Oh, never mind,'” she says. “And I understand that there’s risks and there’s dangers, but it’s also, just, it really takes away your motivation.”

A bright student who skipped a grade, her straight A’s have dipped to D’s, and Lena says she struggles to complete assignments, not because she can’t but because of the lost will. “I have nothing to look forward to,” she said.

The Wise Thing to Do?

The Pittsburgh Board of Education recently announced that Pittsburgh Public Schools students will not return to buildings until at least April, marking the fourth time in 12 months the district announced students would return to classes only to rescind the opening just before the doors were set to open. The board voted 7-2 for the plan, with the members citing health and safety for students and staff.

The Pittsburgh Federation of Teachers president said keeping the students out of the schools is the wise thing to do until the whole teaching staff has gotten the COVID-19 vaccine.

‘My Kids are Flailing’

The roller coaster of openings and closures is also the most challenging part for her parents, said Carson’s father, Dr. Paul Carson, a hospitalist who spends his days and nights in the COVID-19 ward at the local city hospital.

The frontline worker said he knows it is not just his 14-year-old daughter and 11-year-old son who are flailing during this isolation. “Kids need to be in school, and parents need to speak up about this for no other reason than the sake of their education and mental health,” he said.

Centers for Disease Control and Prevention data shows that beginning with the closings last spring, emergency rooms across the country experienced a spike in the number of visits from children under 18 for mental health needs.

Carson is frustrated with the school board’s and teachers unions’ mangling children’s lives. He is even more frustrated as a physician, as he sees the CDC head confirm what he already knew. It is possible to get children to school safely without hinging the return on vaccines.

“My kids are flailing,” he says sadly.

He is also frustrated that many parents remain silent because of the social outcasting that happens when you do so — when he posted his frustrations with the school system on the neighborhood Facebook page, few agreed with him in public.

“People are unwilling to get in the crosshairs publicly of something that has nothing to do with politics, but they are afraid it might appear political,” explained Carson, adding that his Facebook direct messages told a different story. “Overwhelmingly, people agreed with me,” he said.

Carson was willing to put his neck out there because he cares about not only his children but also this whole generation of students.

And different political perspectives should never be part of the equation.

“This isn’t a left-right problem,” he said. “It’s a unilateral problem. This is our children. They need to go back to school. We need to follow the science. That’s my main point, and I am unwilling to have my children’s education held hostage any longer.”

Regarding online school, Lena said, “It’s not pushing me at all the same way that regular school does.”

Her voice dropped when asked how much she wants to go back to school. “Very badly,” she said. “That’s the main thing I want. I think it would make things a lot better. I think I would just be happier in general, probably.”