The Jewish Holiday of Purim, and the War in Ukraine, Reminds Us of Our Need for Modern-Day Esthers 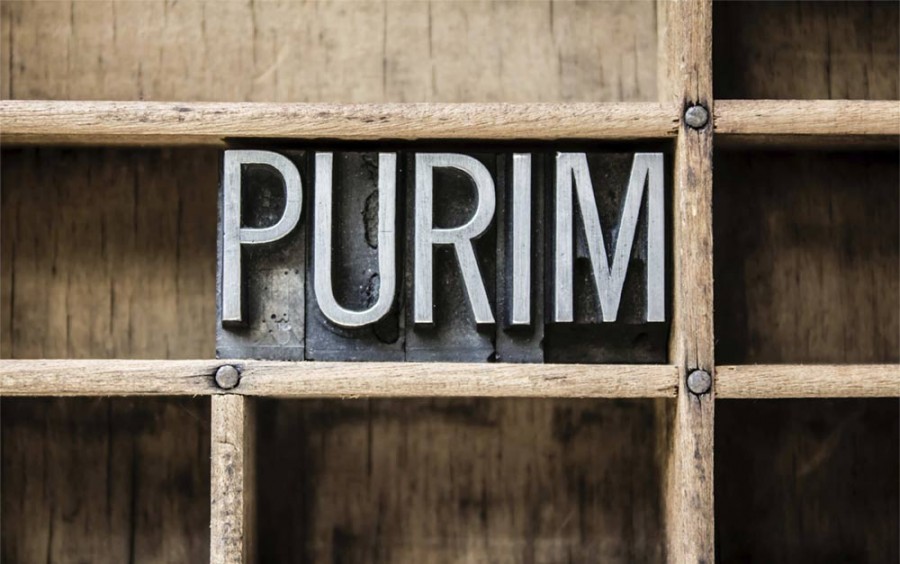 This week Jews in Israel and around the world will begin celebrating Purim. Some Jews, who just fled the war in Ukraine, will be celebrating it in Israel for the very first time. It is perhaps the most festive holiday in the Jewish calendar, and though Christians do not usually celebrate it, many know the story behind it, just like Jewish children who grow up hearing it every year.

The Story of Purim

Purim recalls the deliverance of the Jewish people from their enemies nearly 2,400 years ago. The king of Persia chose a beautiful young woman named Esther to be his queen, unaware that she was Jewish. Esther heard from Mordecai, her uncle, that the king had entrusted the fate of Persian Jews to Haman, the King’s top adviser. Haman may have been one of history’s earliest anti-Semites: he hated the Jews, and issued an order to kill them all.

At great risk to her own life, Esther revealed to the king that she was Jewish and pleaded with him to save her people. He agreed to do so, and, in a fitting twist, handed down to Haman the death sentence Haman himself had planned to give the Jews.

Esther’s story, though thousands of years old, teaches us several lessons that are relevant today.

The first is that, sadly, Haman is more than just a historical figure. In fact, it is not hard to find modern-day Hamans who are bent on causing harm to the Jewish people. Haman’s presence lingers among Iranian leaders who frequently call for Israel’s destruction. We feel it when we read about terrorists who carry out murderous attacks on Jews and Jewish institutions — as well as on Christians — around the world.

The most important lesson from Esther’s story is that God still calls brave men and women to protect others.

We sense it in the rising tide of anti-Semitic attacks. Not too long ago, we saw it at work when an armed man barged into a synagogue in Colleyville, Texas, and held four hostages—including the rabbi — at gunpoint.

As I watch the events unfolding in Ukraine, I am reminded that the Jewish community there too is suffering under the specter of Haman. Their plight has likely worsened during this precarious time of war and violence.

Yet the most important lesson from Esther’s story is that God still calls brave men and women to protect others. Esther could have kept quiet and lived a comfortable life of luxury as a bride of the most powerful man in the world. But she was willing to put her life on the line to save her people.

Putting the Needs of Others Before Our Own

In our world most people look out first for their own interests. Self-preservation is deeply ingrained in our human psyche. At times this is beneficial as it helps us avoid danger, but it too can tempt us to survive at the expense of others.

Esther reminds us that God does not work that way. Often He calls us to put the needs of others before our own. As I write this the faces of several brave women in Ukraine come to mind. One friend, Malcki Bukiat — who had five children of her own to care for and protect from the horrors of war — took it upon herself to help lead 60 orphan children west, on a dangerous journey through an unpredictable war zone to find shelter and flee Ukraine. As food and fuel were lacking, and chaos consumed her world, she found an Esther-like courage to think of others’ safety, and put the vulnerable and helpless before herself.

As we celebrate Purim this year, my prayer is that in a world with no shortage of “Hamans” more “Esthers” will rise to protect the vulnerable. As Esther reminds us, even one brave person could save an entire nation.

Yael Eckstein is the president and CEO of the International Fellowship of Christians and Jews (The Fellowship). In this role, Eckstein oversees all ministry programs and serves as the organization’s international spokesperson. She can be heard on The Fellowship’s daily radio program airing on 1,300 stations worldwide, and on her podcasts, Nourish Your Biblical Roots and Conversations with Yael.  Before her present duties, Yael served as global executive vice president, senior vice president, and director of program development and ministry outreach. Based in Jerusalem, Yael is a published writer, leading international advocate for persecuted religious minorities, and a respected social services professional. As president and CEO of The Fellowship, she also holds the rare distinction of being a woman leading one of America’s largest religious nonprofit organizations.

Russia-Ukraine Tensions May Rise, but the International Fellowship of Christians and Jews Will Continue to Work, Pray to Help the Needy