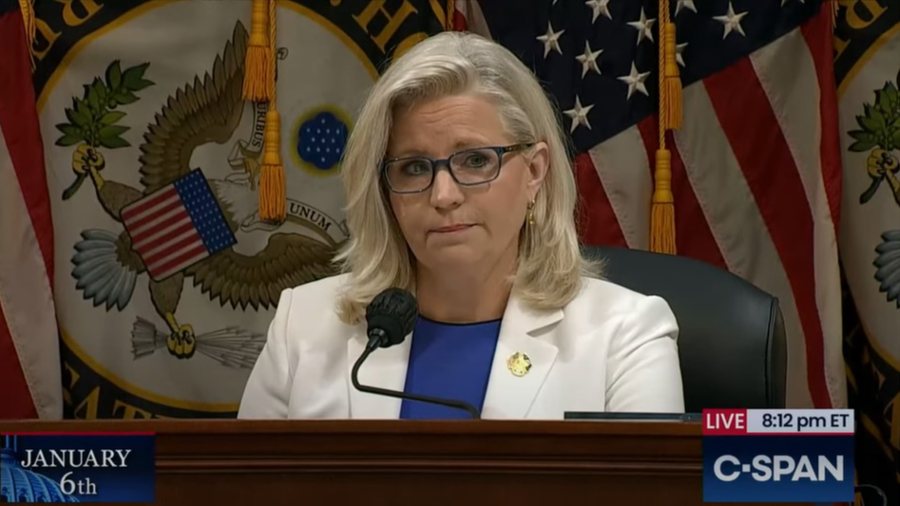 “Congress was never set up to conduct criminal investigations, of any sort.”

So said Mark Levin on Sunday night, and it seems appropriate to begin our J6 update with that observation. Article 1, particularly Sec. 8, sets up a long, very specific list of powers given to Congress, such as raising taxes, borrowing money, regulating commerce, establishing “uniform rule of naturalization,” and coining money. Conducting a criminal investigation is not one of them, certainly not against another branch of government, as it violates the separation of powers.

The Entire Enterprise is Unconstitutional

The concept of separation of powers is outlined in The Federalist Papers and is foundational to the republic. This committee talks about “our democracy” and “our Constitution,” but they don’t give a rip about either, as long as they get their way (which in this case is to get Trump).

The goal — the obsession — is to get Trump indicted.

Criminal investigations “as part of a ‘Justice’ Department or U.S. attorney’s effort to target an individual or group of individuals” are beyond their scope. Congressional hearings are supposed to have a legislative purpose. So, without even getting into the “outrageous makeup” of the J6 committee, he says, this committee’s entire enterprise is unconstitutional. And Levin, a constitutional scholar, finds it very troubling that “there’s not a single judge in Washington DC…who has reached that conclusion.”

‘They Want to Control It All’

Levin points out something that’s increasingly obvious: that the left wants chaos, not the balance that comes from having three separate but equal branches. “They want to control it all,” he says. That would explain why they want to pack the Supreme Court with “like-minded ideologues” who’ll legislate, and why they want to rule through executive orders and by controlling the massive bureaucracy “that’s not even present in our Constitution.”

But the legal analysts on TV (“’former’ this, ‘former’ that”), for the most part sit there and play along with this illegitimate committee. They don’t recognize that Congress isn’t supposed to be doing this at all. And when the committee is done, the transcripts of all its interviews, compelled by subpoena, with no defense and no cross-examination, will be turned over to the “Justice” Department and the U.S. attorney’s office to be used against those individuals and, of course, Trump.

That’s not the way it’s supposed to work when those subpoenas are issued as part of a real investigation out of the U.S. attorney’s office. But here, if an individual such as Steve Bannon, say, or Peter Navarro doesn’t want to cooperate with their sham committee — set up in violation of their own House rules, I would add — it’s the pokey for them. At the same time, Nancy Pelosi, whose role was key in the events of January 6 but who personally appointed the committee members who would be investigating it (!!!), is completely immune from scrutiny. If only we had a COVID vaccine that offered immunity like that!

What We Have Learned — From What We Did Not Hear

A few days ago we had a question from a reader about the timeline for January 6, relative to the so-called “187 minutes” Trump allegedly stalled before responding to the riot. We’ve addressed this in a previous edition of the newsletter, but Levin discussed it Sunday as well. He also made a great point: that there are still leftists who haven’t condemned the attempt on Supreme Court Justice Brett Kavanaugh’s life, not to mention all the violent Antifa attacks in DC and other major cities, and almost certainly never will.

Another good point made by Levin: If Trump had really wanted an insurrection, his video wouldn’t have been the appeal for law and order that it was, but an appeal for his supporters to come to the Capitol, armed. He also would have called for assistance from the military. He would have declared martial law. He would have fired top officials at the DOJ. But he never did any of the things that some have suggested he might do to hold on to power. He didn’t even appoint a special counsel to look into the 2020 election, which I think is something that really does need to happen.

“I can only imagine,” Levin said, “every one of these reprobates on this committee, if we could have access to their iPhones, their texts, their emails, their documents, their staffs, their family members, I’m sure we’d find sleaze all over the place, ‘cause most of them are not exactly Daniel Webster…Thomas Jefferson…‘Mr. Smith Goes to Washington.’”

After eight public hearings, two in prime time, what have we learned? Actually, from what we did not hear, we’ve learned that Trump had no direct role in what happened that day. We know that if he had, they would have presented evidence to that effect. Conversely, since they had none to offer, we know he didn’t. Seems to me, all they can do is read their own opinions and lies off the teleprompter and try to make him look bad.

The Point of the Spear to Get Trump Indicted

Still, keep in mind Levin’s warning: “They’re talking about the 14th Amendment. This committee is basically the point of the spear, a front operation for the Attorney General of the United States and the U.S. attorney, both of whom are politically partisan and corrupt in that sense.” The goal — the obsession — is to get Trump indicted. If they can say he committed insurrection or rebellion against the U.S., they can argue he’s prevented under the 14th Amendment from holding elected office again.

Levin made this same point on Thursday’s Hannity show.

We have to fight back and call this what it is, Levin reiterated on Sunday. “I don’t go along with the mob,” Levin says. “And the mob is in control right now.”

One thing about this mob — it knows there’s going to be major pushback in November. We have to be prepared for the reaction. “…Democrats have lost the plot,” said Ben Domenech, co-founder and publisher of The Federalist, on Levin’s show.

They’re doing all these things desperately, trying to hold onto power, trying to use it to the ‘nth’ degree before they get pushed out this November, and it’s almost a last gasp for ‘Boomer [leftists]’ who believe that they’ve had a charted path toward the future and are now infuriated to find that there are some Americans who don’t want to go that same way.

Domenech says that the reason anti-capitalists have to attack and undermine founders such as Jefferson, Washington, and Madison so viciously is that “they want to establish themselves as the new people on those pillars.” Mostly they want to be the ones deciding who gets what. Remember that next time you see a historic statue being pulled down. To be worshiped, they have to eradicate anything that was previously worshiped.

Lying Is What Democrats Do

Derek Hunter at Townhall has a great opinion piece that elaborates on Democrats’ strategy, saying “no lie they’ve told comes close to the ones they’re casually tossing around regarding January 6th.” Actually, I might say the outrageous stories about Trump being an agent of Vladimir Putin — which would be treason if they were true — are on par with their lies about January 6. Lying is just what they do.

Still, Hunter is right about how disgusting these particular lies are. In all his outspokenness, he speaks for us, too. This is a must-read, although, if you’ve been reading my newsletter, you’ll recognize the sentiments as familiar.