It could just as easily have that nickname. 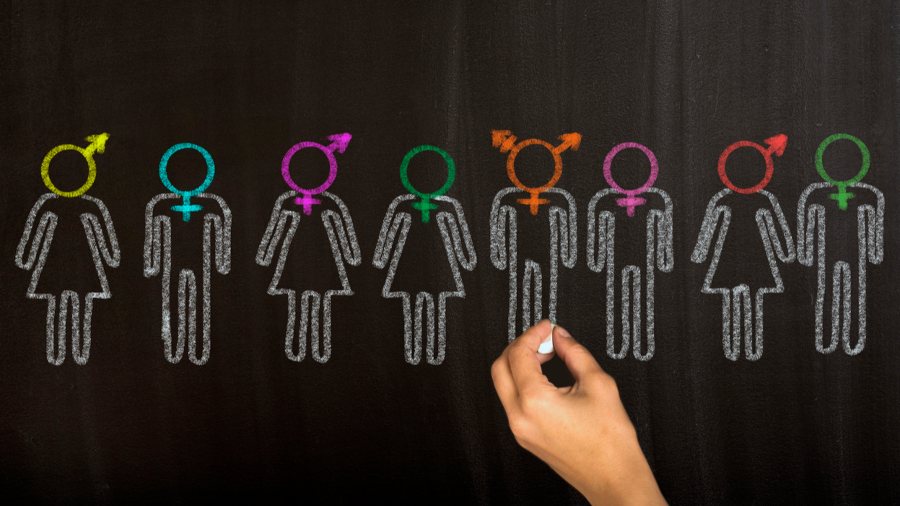 The recent Florida bill “SB 1834: Parental Rights in Education” received a rhetorical makeover for the ages. The effectiveness of its popular label, “Don’t Say Gay,” was truly impressive, although such effectiveness depends upon the media and much of the public being so sadly unimpressive in the area of discernment.

What’s in a Name?

Whoever first slapped the nickname “Don’t Say Gay” on this bill could only have dreamed of just how firmly it would fix the narrative in the popular imagination. As is often noted, people today don’t look far past headlines. If you control the snippets, the scrolling news chyrons, the one-line summaries of news stories, or the online meta-tags, you can all but shape the public perception of reality.

Maybe the best nickname for the bill would have been, “No lessons for first-graders about sexual matters, period.”

It worked, that’s for sure. News outlets started calling the bill by that name, prominent people of all kinds got the memo and reinforced it. Politicians decried the bill, celebrities lashed out, Disney employees fumed, gay-rights groups sued, some comedians lambasted the bill and millions of low-information citizens took to social media to virtue signal about it. Some said it’s cruel to vulnerable trans kids. Some said it tries to erase people or deny their existence. Some protesters asserted the usual claims of hate, harm, and violence.

All of that sounds pretty bad. But it’s mostly wasted emotion based on inferences drawn from an inaccurate label.

The Florida Bill could have been more accurately nicknamed “Don’t Say Straight” or any number of other things. Maybe the best nickname would have been, “No lessons for first-graders about sexual matters, period.”

The relevant sentence in the bill states simply that it prohibits “a school district from encouraging classroom discussion about sexual orientation or gender identity in primary grade levels.” The bill does not single out a particular point of view on these subjects. It prohibits discussion of them irrespective of one’s position.

To be fair, it has predominantly been contemporary progressivist points of view on these issues that have been most energetic about passing those ideologies to children. Many are the articles and essays on the subject of such indoctrination attempts in recent years, about drag queens in the library reading to kids, about California’s controversial sex ed program for public schools and about creators of kids’ entertainment brainstorming ways to propagandize their young audience.

It may come as a surprise for some of those in the progressivist bubble, but the overwhelming majority of people have a strong sense that there’s something very wrong with the desire to talk about sexual matters with children. At best, it is inappropriate and fails to account for the need to preserve a level of innocence for kids. At worst, it is deviant and suspicious. If the new sexuality of our age is going to include a creepy form of pedophilic pedagogy, it is going to meet with a fierce resistance.

The reason that a solid majority of Florida residents (including a majority of Democrats) support the bill has little to do with their positions on the biology or ethics of contemporary views of gender or sexuality. It’s likely that a lot supporters of the bill line up with more progressive beliefs in these areas.

But even the most pro-LGBTQIA (etc.) parents may not want their kindergartners’ minds plunged into these subjects by public school teachers. Until relatively recently, a grade school teacher talking in frank terms about sexual matters in the classroom would have likely been fired, even if the teacher’s point of view were in line with those of 17th Century Puritans.

I’m sure most of today’s advocates of “progressive” sexual education feel like they are doing something virtuous by instilling what they believe are the right values into kids. Setting aside the debate about those values for the moment, there is such a thing as age-appropriateness, regardless.

Again, staunchly conservative parents who send their kids to a school that teaches from a strictly biblical perspective would oppose that school introducing sexual ethics to their 7-year-old. The Christian school might say, “We just want to make sure that we teach them good values.” The parents would correctly reply that it’s not about the values they are teaching, but when they are teaching them. There are parts of the Bible itself that ought not be discussed until a child has attained the maturity to handle it.

In summary: (1) Don’t let propagandistic headlines mislead you; read the details; (2) the wording of the Florida bill is neutral about what position a person would take on issues of gender and sexuality; (3) the bill’s focus is on the primary role parents play when it comes to determining age-appropriateness of sensitive subject matter.

Teachers of early grade school kids are pretty important, because those are important years. The nation has a large number of outstanding teachers, and a certain number of lousy ones. Let them teach kids to read, to write, to calculate, along with the very basic rules of social life like fairness, working with others, etc. Leave discussions of sexuality and modern gender theories out of it, please.

Clint Roberts has spent many years teaching courses in philosophy, ethics, and religion for various universities, including the University of Oklahoma and Southern Nazarene University. Article originally published at How to Read a News Story. Reprinted with permission.