The Idolatry of Environmental Extremism 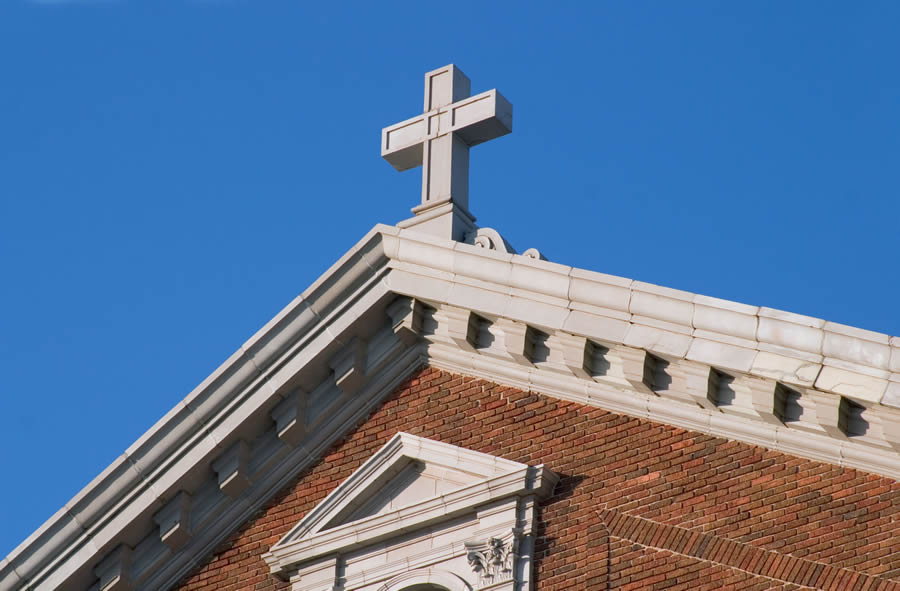 A bizarre incident at Union Theological Seminary illustrates why many Christians believe that internal forces, not external ones, represent the greatest threat to the church.

Students at this seminary prayed to a collection of plants in its chapel, which triggered a raft of criticism on Twitter. The school defiantly defended its action in a series of tweets.

“Today in chapel, we confessed to plants,” the school tweeted. “Together, we held our grief, joy, regret, hope, guilt and sorrow in prayer; offering them to the beings who sustain us but whose gift we too often fail to honor. What do you confess to the plants in your life?”

Some Twitter respondents observed that the seminary and its students have lost their minds, but I think it’s worse than that. Insanity might mitigate this sacrilege, but deliberately perverting theology is another matter.

Pastor Greg Locke tweeted, “This is utter nonsense. Absolute theological bankruptcy in every way. Your Seminary is a cemetery.” Another Twitter user quipped, “What kind of penance did the plants give after the ‘confession?'”

What possesses this misguided institution to refer to plants as “beings”? What gross theological error leads them to pray to and encourage others to pray to them? Idolatry is no trifling matter, which is underscored by at least two of the Ten Commandments and the entirety of Scripture.

God repeatedly warns His people against chasing after false gods and punishes them for disobeying, including their being taken into captivity by the Assyrians and Babylonians. The Apostle Paul warned, “They exchanged the truth about God for a lie, and worshipped and served created things rather than the Creator — who is forever praised. Amen,” (Romans 1:25). To the Corinthians he said, “Therefore my dear friends, flee from idolatry” (1 Cor. 10:14).

Is it not pantheistic to confess to plants, as if they were holy? Is it not blasphemous for Christians to declare that plants “sustain us” and provide us a gift that we should honor?

The Bible emphasizes that God created and sustains all things: “The Son is the image of the invisible God, the firstborn over all creation. For in him all things were created: things in heaven and on earth, visible and invisible, whether thrones or powers or rulers or authorities; all things have been created through him and for him. He is before all things, and in him all things hold together” (Colossians 1:15-17); “The Son is the radiance of God’s glory and the exact representation of his being, sustaining all things by his powerful word” (Hebrews 1:3).

In its tweets the school piously asserted, “We are in the throes of a climate emergency, a crisis created by humanity’s arrogance, our disregard for Creation.” It said we must create “new spiritual and intellectual frameworks by which we understand and relate to the plants and animals with whom we share the planet.”

Notice the school capitalized the term “creation,” another deferential nod to created things instead of the Creator, an attitude it reinforces when saying we must create spiritual and intellectual frameworks to “relate to” plants.

Similarly, the school went on to boast of its deep commitment to “inter-religious engagement,” saying: “Union’s daily chapel is, by design, a place where people from all the wondrous faith traditions at Union can express their beliefs. And, given the incredible diversity of our community, that means worship looks different every day!”

Of course Christians should be responsible stewards of the environment, and of course they should love people of all faiths and treat them graciously and respectfully. But it is astounding that in the name of “diversity” and “tolerance” the school encourages the worship of other gods — and especially in its houses of worship. As the prophet Jeremiah said, “The people of Judah have done evil in my eyes, declares the LORD. They have set up their detestable idols in the house that bears my Name and have defiled it.”

The seminary admonishes humanity for its arrogance in dealing with the environment, but how much more arrogant are we to pretend we have as much control over the global thermostat as proselytizing environmentalists claim? How much more arrogant are we to ignore God’s clear scriptural commands in both testaments against worshipping idols? Sadly, among those idols are the high priests of political correctness and man’s desperate efforts to please them above God.

Just as Paul cautioned against idolatry, he warned about false teachers: “For the time will come when people will not put up with sound doctrine. Instead, to suit their own desires, they will gather around them a great number of teachers to say what their itching ears want to hear. They will turn their ears away from the truth and turn aside to myths” (2 Tim. 4:3-4).

People in a sacred position as teachers of God’s Word have an even higher duty not to lead their students astray, as those who teach will be judged more strictly (James 3:1). There are many things that reasonable Christians may differ on, but worshipping and serving other gods is not one of them. It is sad that an institution ostensibly dedicated to teaching Christianity would give itself over to blatantly false doctrine.