The Idea for Lockdowns Started With a High School Science Project 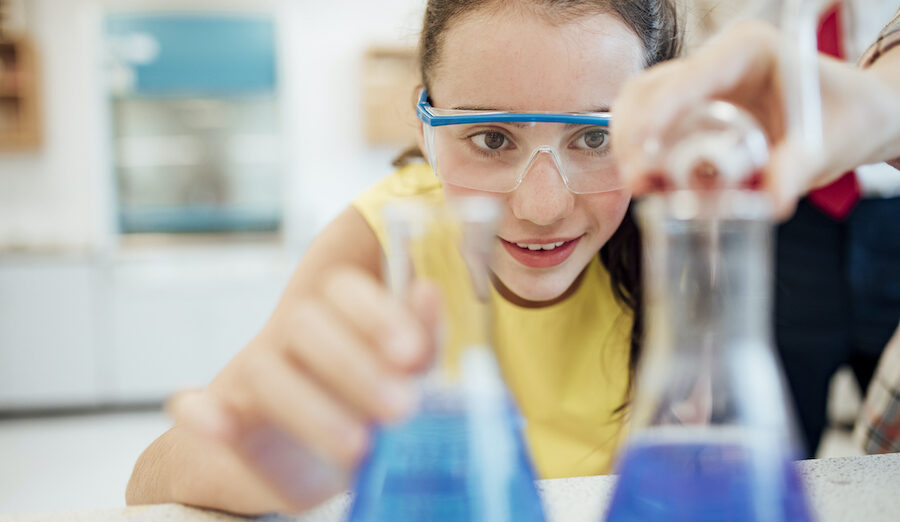 By now, you’ve likely heard that a flawed computer model helped spur governments to order population-wide lockdowns in response to the coronavirus. The model didn’t show that lockdowns would help. It assumed that they would.

But you may not know the pedigree for this untested belief.

The New York Times reported the story with little fanfare in late April. “The Untold Story of the Birth of Social Distancing,” it explained, started as “an important discovery kicked off by a high school research project pursued by the daughter of a scientist at the Sandia National Laboratories.”

To call this a “discovery,” though, is to empty the word of meaning.

In 2006, fourteen-year-old Laura Glass developed a model of social networks in her high school in Albuquerque. Laura’s dad, Sandia National Laboratories scientist David Glass, took notice. The two expanded on the idea by applying the model to a pandemic, and they published a paper on it with two other authors in a CDC journal. It’s called “Targeted Social Distancing Designs for Pandemic Influenza.”

The abstract summarizing the paper explains, “For influenza as infectious as 1957–1958 Asian flu (≈50 percent infected), closing schools and keeping children and teenagers at home reduced the attack rate by >90%.” Notice the tone. It suggests that closing schools works.

But the paper’s authors were not describing real school closures. Schools were closed only in a simulation. In reality, the authors told the model to say the attack rate would be lower and, behold, it was.

The eager authors of this paper sent their simulation to a Dr. D. A. Henderson. He was, as the New York Times explains, “the leader of the international effort to eradicate smallpox and had been named by [President] Bush to help oversee the nation’s biodefense efforts after the 2001 terrorist attacks.”

Henderson pushed back, saying that “it made no sense to force schools to close or public gatherings to stop.” Indeed, if authorities adopted such policies, he rightly discerned, the result would be “significant disruption of the social functioning of communities” and “possibly serious economic problems.”

Henderson had vast scientific expertise and broad and pertinent experience dealing with such crises. His advice? We should “tough it out: Let the pandemic spread, treat people who get sick and work quickly to develop a vaccine to prevent it from coming back.”

The CDC didn’t know what to do if and when a pandemic should hit. Go with Henderson’s plan, which had worked before and would likely work again, or go with the simulation? So, in 2008 the agency put out a survey of the U.S. adult population. They found that lockdowns would cause severe problems, especially for poor and minority populations. Undaunted, they did a second survey.

And the Survey Says: Lockdowns

A survey steered by people with a vested interest in political control led the government to set aside tried-and-true scientific expertise and experience.

This time, in group sessions, the citizens came around to agreeing. The proposed measures would require sick people — and people who knew the sick people — to stay home. The proposed lockdown would mean “canceling large public gatherings and altering work patterns to keep people apart.” It would also mean “closing schools and large day care facilities for an extended period.”

As it happens, the Bush “administration ultimately sided with the proponents of social distancing and shutdowns,” the New York Times explained, “though their victory was little noticed outside of public health circles. Their policy would become the basis for government planning and would be used extensively in simulations used to prepare for pandemics.”

So, a survey steered by people with a vested interest in political control led the government to set aside Henderson’s tried-and-true scientific expertise and experience.

That’s how, a decade before anyone had heard of the novel coronavirus, our public health bureaucracy committed itself and the American public to a radical experiment. They knew — because their own research had told them — hat it could cripple the economy, severely harm disadvantaged Americans, and subject millions of people to health risks from the response itself.

In 2020, officials finally got to run the test. All because a high school kid had told a computer what to say.

Douglas Axe, William Briggs, and Jay W. Richards, are the authors of The Price of Panic: How the Tyranny of Experts Turned a Pandemic into a Catastrophe (October 13, 2020).

Reprinted from The Epoch Times.

With COVID-19, Health Care Workers are Learning From Experience. Why Can’t Politicians and the Press Do the Same?