The Human Need to Feel Important — and How Government Squelches It 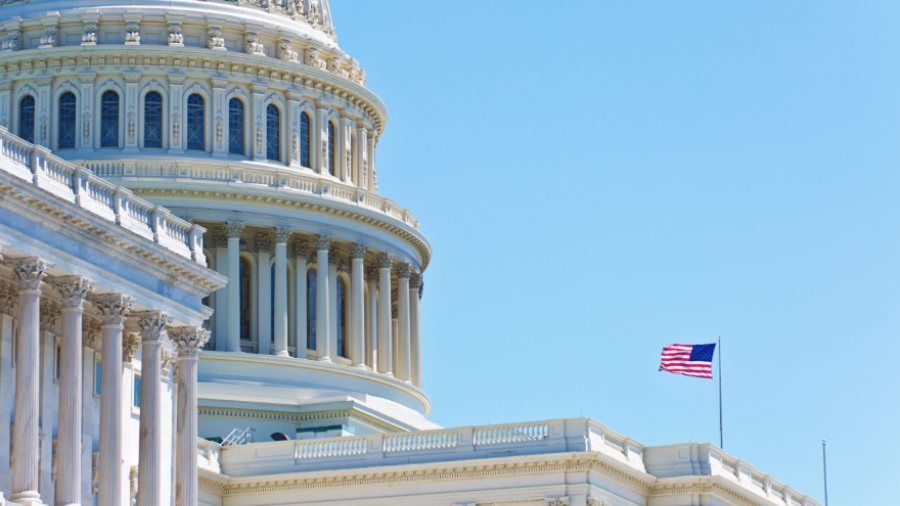 A United States national flag in front of the Capitol building in Washington DC, USA. The Federal government building, home of the U.S. Congress and legislative branch of United States.

If one were to draw up a list of human needs, food and shelter would be at the top.

With great respect to Freudians, sex would not be No. 2.

That meaning is more important to happiness than sex is easily shown. A great many people go long periods without sex, and while many of them miss it, if they have meaning in their lives, they can lead quite happy and fulfilling lives. On the other hand, few people who have regular sex but lack meaning are happy or fulfilled.

A Crisis of Importance

Third on the list of human needs is the need to feel important. This need is much less often cited than the need for food, sex and meaning. But it is so important that a case could be made that it is tied for No. 2 with the need for meaning.

The infamous “midlife crisis” is a crisis of importance: “I thought I would be much more important at this stage in life than I am.” That mostly afflicts men — just as feeling less important after one’s children have left home afflicts mothers more than fathers.

Among the many psycho-social crises afflicting Americans is a crisis of importance. Fewer Americans feel important than did Americans in the past.

Why? What has happened?

What has happened is a steep decline in the number of institutions that gave people a feeling of importance.

It has not turned out that way. For many, work has not provided the sense of importance people expected it to, let alone fulfilled the other great need: for meaning. This is especially true for women, but first, we will address men.

A Sense of Importance Through Work

Work used to provide many men with a sense of importance. It is simply a fact that being the breadwinner for a family means one is important. However, since the 1970s and the rise of feminism, women have not only become breadwinners, but they have increasingly become the primary breadwinner within a marriage and for a family. That has helped couples financially, but it has also deprived a great many men of their sense of importance. When regarded by a wife and children as important, husbands/fathers felt important. Progressive America mocks the 1950s TV series Father Knows Best. But when wives and children believed that, men felt important because they were. The price for this, according to feminism, was paid by women, who didn’t receive the accolades of breadwinning. And they set about changing it.

However, contrary to the expectations of the well-educated, women becoming breadwinners has not provided most women with a sense of importance, and certainly not meaning in life. Contrary to what feminism, colleges, high schools, progressive parents and the mass media have claimed for decades, men and women do not have the same natures. Just as sex with many partners does not provide most women with the same satisfaction it provides men, most work does not provide women with the same sense of importance or meaning it provides men. For many women, being the breadwinner is financially beneficial but not especially satisfying. Most women would still like their man to be the primary breadwinner. That’s why very wealthy women so often marry even wealthier men. It is built into female nature.

Moreover, throughout history, work was rarely seen as a primary provider of importance or meaning — for either sex. Work was little more than a necessity, and the vast majority of people would have happily abandoned their often back-breaking, drudgery-inducing work if they could afford to.

Importance and Meaning Outside of Work

Nongovernmental associations, as Alexis de Tocqueville noted in his brilliant analysis of American life in the early 19th century, was the key to Americans’ success and happiness. These included, first and foremost, religious associations and religion in general. Most religious people feel important — to God, to their community, to their family. My father was the president of our synagogue, and my mother was active in the synagogue’s “sisterhood.” Though both worked full time, those roles provided them with immense meaning and sense of importance.

NGOs and the Government

Yet, to progressives, government is, or should be, almost everything in people’s lives. It should take care of as many people as possible. However, at a massive price: The more one relies on the government, the more one will inevitably lack a sense of importance.

This ideal was announced at the 2012 Democratic Party Convention, when the narrator of a specially-created Barack Obama campaign-theme video asserted, “Government is the only thing that we all belong to.” The DNC also showed a fictional storybook ad titled “The Life of Julia.” It portrayed a woman from childhood to old age, wholly dependent on the government. Despite her having a child, there was not a man anywhere in the story, nor, apparently, was there a man in her life. The result? More and more American women have come to rely on the government, not on a husband. The results have been calamitous.

In Government We Trust

President Joe Biden repeated this theme last week: “Put trust and faith in our government,” he pleaded with Americans. One could accurately say that we are replacing America’s motto, “In God We Trust,” with, “In Government We Trust.”

The bigger the government, the fewer the institutions in which people can feel important. Therefore, given the deep human need to feel important, people will look elsewhere for their importance — like fighting systemic racism, heteronormativity, capitalism, patriarchy and transphobia. And, most of all, global warming — because you cannot feel more important than when you believe you are saving the world.

Why Are So Many Young People Unhappy? Part 2