The vice president wants to double down on the same approach that caused our grave problems in the first place. 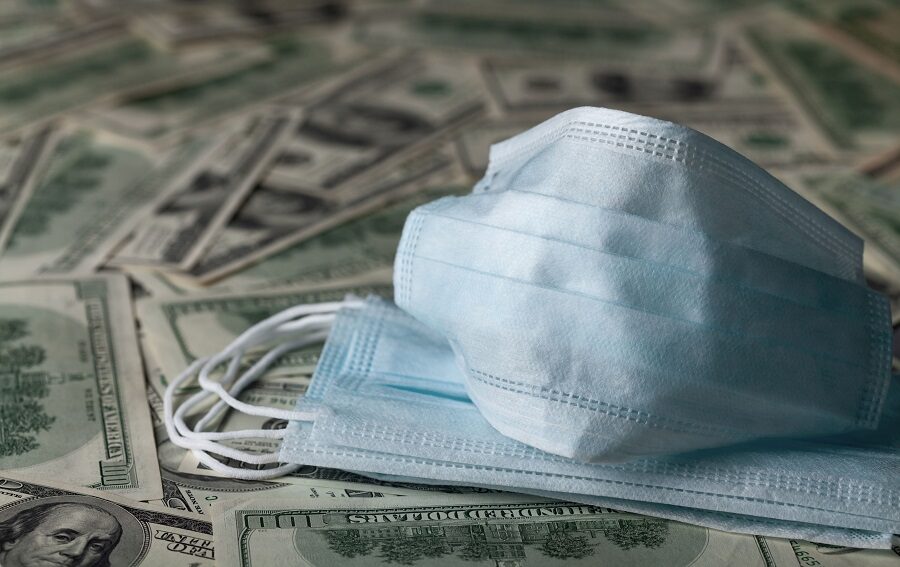 The Biden administration doesn’t just want the US to recover from the COVID-19 crisis: it wants to “build back better,” as their latest slogan reveals. But what exactly does that look like in the White House’s vision? Vice President Kamala Harris provides some answers in a new Forbes cover story she just penned.

The article explains “how to leverage this moment to ensure that everyone has the opportunity to pursue the American Dream.” Harris wants to do that by passing trillions more in federal spending under the guise of infrastructure and family support funding. Why?

She says our economy is broken.

“For women entrepreneurs—and all entrepreneurs—the pandemic has highlighted the importance of our nation’s care infrastructure.”@VP @KamalaHarris Outlines Her Vision Of Inclusive Entrepreneurship In Forbes: https://t.co/vOHETh87uv

“The pandemic has exposed the flaws and the fissures in our economy,” the vice president writes. “One in three small businesses have closed. Nearly two million women have been forced out of the workforce. And millions of families have struggled to buy groceries and cover rent.”

Harris argues that “In this moment, more than repair, we must reimagine.”

To back up her argument that the economy is in need of a government-driven overhaul, she cites how hard it was “during the pandemic, for women business owners to go without childcare. Some have had to make deliveries to customers with children in the car. Others have had to bring their children to work.”

Moreover, the vice president says that the pandemic proved our economy was too rigid to adapt to Americans’ needs.

“In the face of the unimaginable, America’s entrepreneurs made the choice to reimagine their businesses,” Harris writes. “Stores … have had to quickly pivot online to retain customers, tapping into a demand likely here to stay. Restaurants … have had to create outdoor dining to do the same. Meanwhile, innovators of all types have created new products for the moment.”

“Today, our nation must reimagine our economy, so that every American entrepreneur can launch and grow an enterprise,” the VP ultimately concludes. “It is in this reimagining that we will remain competitive — and come out of this pandemic stronger than before.”

Harris has identified real problems. But the glaring flaw plaguing her vision for our post-pandemic economic recovery is that she misdiagnoses the origins of all of these problems. What Harris sees as market failures requiring government overhaul and unprecedented federal spending are actually problems created by overzealous government involvement in the first place.

For example, it wasn’t the free market that forced one in three small businesses to close or millions of women out of the workforce — it was government lockdown orders that literally made it illegal for business owners to open their doors. (While yielding little, if any, COVID mitigation benefits and creating a whole host of life-threatening second-order consequences).

It was the government — not the virus — that was the primary cause of widespread unemployment and small business closures. For proof, just consider the fact that states which took a more laissez-faire approach to COVID restrictions almost universally have much lower unemployment rates than those that implemented and maintained harsh lockdowns.

Why are People Struggling?

Of course, Harris isn’t wrong to identify the serious challenges faced by working mothers lacking childcare during the pandemic.

But it’s as if the vice president has failed to consider why so many are struggling and simply assumed the solution to the problem is taxpayer-financed childcare for all. In reality, it was government mandates forcibly closing schools — despite ample scientific evidence they were not COVID hotspots and children were at little risk — that left American families in such dire child care situations.

The vice president’s complaints about businesses struggling to adapt are equally frustrating. Why was it so hard for restaurants to adapt to outdoor dining and different types of retail? More often than not, because useless local government regulations made it illegal to do so without going through complicated and expensive permit processes.

Time and time again, Harris’s evidence that we need bigger government is pointing to the problems created by … big government. The vice president wants to double down on the same approach that caused our grave problems in the first place, but this vision for recovery is dangerously naive.

If we really want to “come out of this pandemic stronger than before,” we must admit the root cause of our problems and recognize that decentralized decision-making of free people will always serve us better than the clumsy diktats of detached, self-interested government bureaucrats.