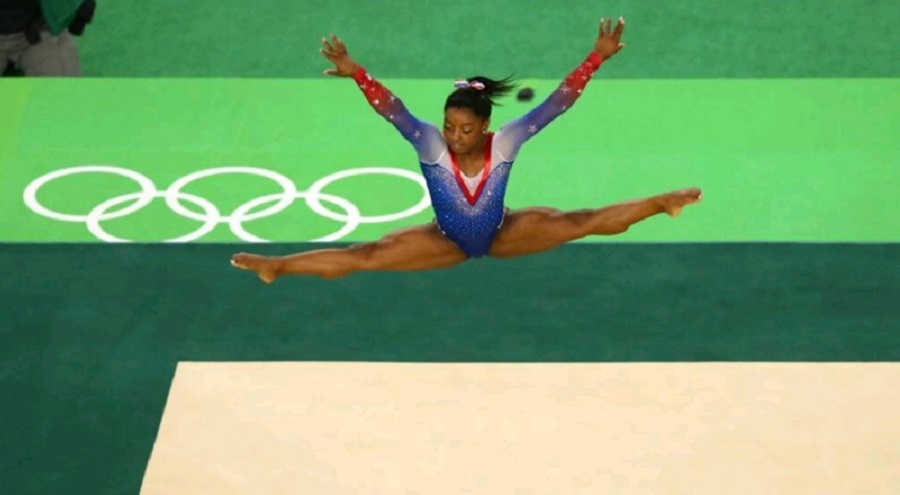 Note: The US Olympic Committee announced Monday the Simone Biles is planning to compete Tuesday in the balance beam competition.

Is there anyone who has not voiced an opinion on Simone Biles stepping aside from Olympic competition by now? I’ll add to the deluge by saying: Thanks be to God she is where she is. She was once a child in foster care. Her grandparents decided to adopt her, and that made all the difference. May her presence in the news shine a light on all the children in foster care who aren’t yet success stories because they do not have the gift of a family to help make all the difference in their lives.

Biles writes about that defining event in her life — and her sister’s — in her book Courage to Soar: A Body in Motion, A Life in Balance. She tells of the day her grandmother told her that she and her sister were adopted by her grandparents, and of the joy of being able to embrace them as Mom and Dad. She had a permanent home, a “forever family” to cheer her on, cry with her and give her advice and all the things that parents can do for a child, well into adulthood. It’s not too much for a child to ask for.

And yet there are at least 437,500 children in foster care — we’re still awaiting an official assessment of how the pandemic has made this crisis worse.

As people were opining on Biles’ decision to recognize her human limits, the House of Representatives was voting to end the Hyde Amendment, a line in the sand that for four decades has prevented taxpayer funding of abortion.

Rep. Henry Hyde of Illinois, the bill’s original sponsor and namesake, said that there is nothing guaranteed of the American experiment in freedom. We are reminded of that constantly these days. Violence and division are rife. Even the way commentators feel so free to attack Biles, a young woman who made a decision to protect herself and her team. It is good to be aware of our own weaknesses — individually, as part of a team, and as a country.

Hyde said in 1987: “[I]f the boundaries of our public hospitality are one index of our public virtue and our character, then the abortion liberty — this terrible shredding of the fabric of our hospitality, this deliberate fracturing of the community of the commonly protected — must be reversed if America is to endure and prosper.”

Hyde argued that abortion is “deeply unworthy of us” and “demeaning.” And he said that at a time when at least we were not spending government money on abortion.

In her book, Biles reflects on her life’s journey to gymnastics and how it would have been different if her birth mother could have raised her. “[W]hen it comes to how things turned out, I’m not sorry. I’m part of a beautiful family that is closer and more loving than any I could’ve ever chosen. As the woman told my grandma — now my mom — in the lunch break room all those years ago, God never makes a mistake.”

A Country of Hospitality?

We do make mistakes, though. And this moment when Simone Biles is in the news and the “people’s house” rejects the Hyde Amendment — which has for so long has been a bulwark — should set off alarms that we have abandoned a founding principle. In that same 1987 speech, Hyde said: “In a sense, every American is a Founder; every American is a framer … And we need foresight and wisdom and compassion and a reclamation of the tradition of hospitality.”

Is America a country of hospitality or cruelty? Is it a country that helps women and promotes life or a country that throws both away? The House of Representatives has voted to put our money toward the latter. The most important takeaway from Biles being in the news is what a tremendous gift her life is, whatever choices she made in Tokyo.