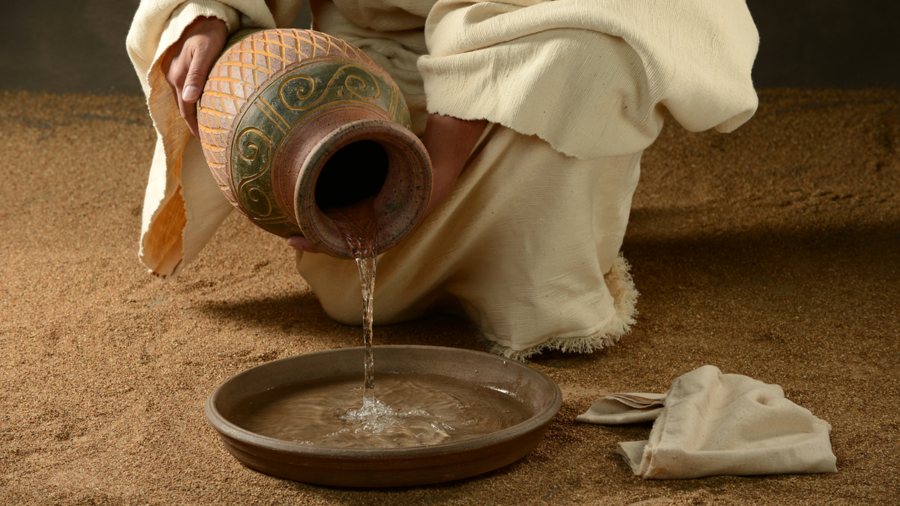 What would you do if you found out you had all the power in the universe? What would be your ﬁrst act to demonstrate your power? John tells us this is exactly the position in which Jesus found himself near the end of his ministry. He reminds us that there came a point when Jesus understood that all power and authority had been given to him. Having known that, he then tied a towel around his waist, grabbed a water basin, and took a knee. As uncomfortable as it made his disciples, Jesus began to wash their feet.

If we ever want to know the power of God, we must fully embrace the heart of God.

This is what Jesus did with his power. He took the posture of a servant. He chose to die for those who would choose to kill him. He remained faithful to those who would betray him. He offered forgiveness to those who would offer only condemnation. He healed the sick even though it meant that he would forever carry the wounds of his execution. He tied a towel around his waist to serve those who would later claim no ties to him. To serve the world in this way cost him everything. On the cross he looked powerless. Yet the world had never seen such a demonstration of power.

Jesus turned the world upside down when it came to power. His was a genius that eluded all the intellects of his time. How could they have known that power would never know its full force until it was used on behalf of others? How could they have understood that it is not beneath God to serve? That it is exactly like God to serve? If we ever want to know the power of God, we must fully embrace the heart of God. God is the greatest servant who ever lived. There are no feet too dirty for God to wash. There is no life too broken for God to heal. No soul too dark for God to forgive.

Who does this with their power? Who would ever see this as an act of power? Who else but Jesus would make this choice?

This is what power looks like in the hands of God.

This is what power looks like in the hands of a genius.

Erwin McManus appears on LIFE TODAY this Monday. This is an excerpt from The Genius of Jesus by Erwin McManus. Copyright ©2021 by Erwin Raphael McManus. Published by Convergent Books, a division of Random House. Used by permission.