The FDA is Blocking Treatment for Children With Special Needs. Here’s How

The general public fails to see the hidden costs imposed by the FDA's red tape, in this case, the real loss of life when people cannot access experimental medicines. 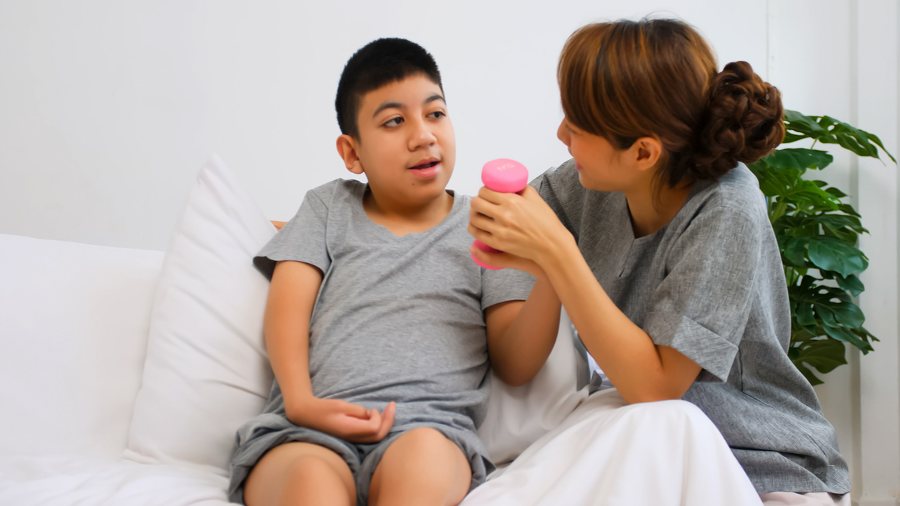 In 2020, Kendra Riley and her husband Dave made a life-changing discovery. Not one, but two of their three daughters were diagnosed with an incredibly rare and deadly disease called Metachromatic Leukodystrophy (MLD).

MLD is a highly progressive and rare brain disease. The National Institutes of Health describes the condition as “an inherited disease in which certain fats, called sulfatides, accumulate in cells, particularly cells of the nervous system. This accumulation causes progressive destruction of the brain’s white matter, resulting in progressive deterioration of intellectual functions, motor skills, and awareness of the environment until the person becomes unresponsive.” The disease typically results in death by age six, but not before a lengthy and horrific erosion of physical and mental capabilities.

The Rileys’ second daughter, Olivia, began to display symptoms at age two when her parents noticed she was regressing and losing her ability to walk and talk. Very sadly, that meant it was too late for Olivia to receive help as the symptoms had already set in. But for her younger sister, Keira, who was diagnosed three months later, there was still hope — hope that the Rileys could not access within the borders of the U.S.

That’s because the Food and Drug Administration (FDA) prohibits gene therapy in its antiquated clinical trial system. As a result, the family had to raise half a million dollars to relocate to Italy (during a pandemic) to even attempt to save their daughter.

On their Go Fund Me they wrote, “We have so much hope for Keira because of this treatment and want to do everything we can to give Eva (and ourselves) as many happy memories as we can with her sisters. Please help us raise enough funds to give our Keira the chance at a normal life; to save her life from the horrible disease that is MLD.”

While the Riley’s community stepped up and donated the money they needed, imagine the number of families of children with special needs and rare conditions who are unable to raise these kinds of funds or go and live abroad to seek treatment.

And why should they have to? All Americans should have the ability to access any and all products, treatments, or services that may change, improve or better their lives. And it is individuals and their physicians who can best make those judgments and cost-benefit analyses — not bureaucrats in D.C.

To that end, the family is advocating for legislation in Arizona (also backed by the Goldwater Institute) known as “Right to Try for Individualized Treatments.” The legislation aims to protect a patient’s right to access potentially lifesaving treatments, and it’s a bill other states could replicate as well.

This is not the first time the practices of the federal government and specifically the FDA have gotten Americans killed. In recent memory, the FDA has also blocked the development of COVID tests, initially restricted TESLA from selling ventilators, and stalled access to treatments for AIDS.

This agency not only prevents people from accessing many treatments altogether, they also prevent medical innovations through their lengthy and expensive regulatory apparatus.

In their book, Free to Choose, economist Milton Friedman and his wife called attention to the ways FDA regulation did more to slow the introduction of new medicines than to prevent the spread of harmful ones. They wrote, “The effect on the rate of innovation of new drugs is dramatic: the number of ‘new chemical entities’ introduced each year has fallen by more than 50 percent since 1962. Equally important, it now takes much longer for a new drug to be approved and, partly as a result, the cost of developing a new drug has been multiplied manyfold. According to one estimate for the 1950s and early 1960s, it then cost about half a million dollars and took about twenty-five months to develop a new drug and bring it to market. Allowing for inflation since then would raise the cost to a little over $1 million.”

The Seen and the Unseen

In a piece on the FDA’s delay around COVID vaccines, the left-of-center publication The Atlantic wrote, “Public-health officials operate under incentives that distort their judgment. If they approve a drug or medical device that hurts even a tiny number of people, or that proves ineffective, the harms are clear, and those responsible may be pilloried in the press as negligent or corrupt. When the bureaucracy moves too slowly, the harms are harder to see.” (emphasis added)

Those last six words are key. It seems even The Atlantic recognizes a foundational principle of free markets at play in this scenario. That principle is Bastiat’s “the seen and the unseen,” which he discussed in his 1850 essay “That Which is Seen, and That Which is Not Seen.” To explain this theory, Bastiat describes what’s known as the broken window fallacy, which goes like this. A boy throws a rock through a storekeeper’s window and the town decides this is for the greater good because now his father will have to pay a glassmaker to repair it. That glassmaker will then spend that money elsewhere and stimulate the economy. But, Bastiat points out that this is not the whole picture. The boy’s father now has less disposable income and productivity has been reduced because the father, storekeeper, and glassmaker must now spend time on the repair vs. better end-goals. These are the hidden costs.

Such is the case with regulations and the FDA. The general public fails to see all the hidden costs imposed by red tape, in this case, the real loss of life when people cannot access experimental medicines.

While The Atlantic blames these hidden costs on bureaucracy moving too slowly, I would go further and say this is more than a problem with bureaucracy being too big, out of date, or too slow. It’s an argument for why this agency should not exist at all. Instead, consumers should be able to rely on private certification processes, consumer-reviews, and the advice of their doctor when it comes to health and safety decisions — the federal government has no role in that equation, and no proof of efficacy to lobby for its continued involvement.

The unseen consequences of government bureaucracy are tremendous, and when it comes to the FDA there is no good argument for its continued existence.

The FDA is Holding Up Potentially Life-Saving COVID Treatments