The FBI and the Media: With ‘Meddlers’ Like These, Who Needs Russia? 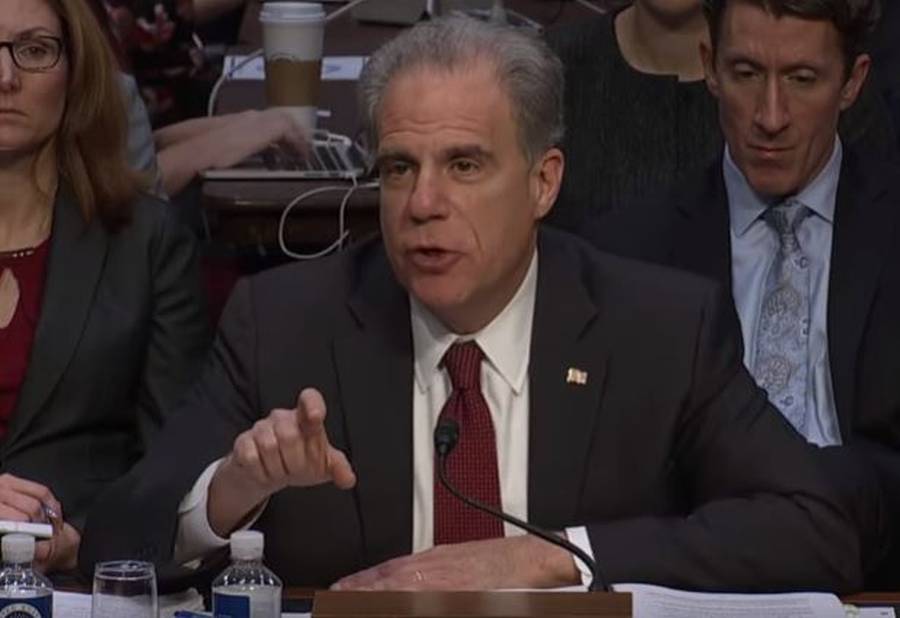 Michael Horowitz’ testimony before the Senate Judiciary Committee on Wednesday, in combination with the report he released Monday, has blown the lid off what was done to infiltrate Donald Trump’s candidacy and, later, his Presidency. Investigative reporters such as John Solomon and Republicans in Congress such as Devin Nunes — and his former staffer Kash Patel — were vindicated. (So was Team Huckabee.)  Good heavens, it’s even been confirmed that the FBI’s “briefing” of Trump was really cover for an agent to investigate (spy on) him!

But if you watched the mainstream media’s version, they told the opposite tale. You were told there was no spying, FBI officials were not biased, and they were justified in their actions.

In other words, you were gaslighted. You were lied to.  CNN reportedly was even cutting away to other news during much of the Republicans’ time, presumably so there wouldn’t be anything said to challenge their narrative. And you didn’t have to be watching CNN or MSNBC to be given this false picture. Maybe you got it from your top-of-the-hour radio newscast.

Horowitz Never Said There was No Political Bias

Despite what the media tell you, Horowitz made it clear with his careful choice of words that he could NOT say there was NO political bias driving the FBI’s investigation of Trump. Only that he was never provided with documentary or testimonial evidence of bias. In other words, no one provided him with a document or testimony literally saying, “Sure, we did all this to Trump to prevent him from being elected President or to get rid of him.”

Lacking something that definite (some of the Strzok/Page tweets came close but could arguably be open to some interpretation), he simply didn’t make a determination either way. He’s leaving it for U.S. Attorney John Durham and Attorney General Bill Barr to deal with that question.

That’s why Barr says now that “these irregularities, these misstatements, these omissions were not satisfactorily explained. And I think that leaves open the possibility to infer bad faith,” he said. “…I think that further work has to be done, and that’s what Durham is doing.” He means, stay tuned.

Andrew McCarthy made a great point Wednesday night in an interview with Shannon Bream on Fox News at Night: In the real world, you just don’t get the kind of evidence Horowitz apparently required.

If you were to try a case as a prosecutor, or any kind of trial lawyer, to a jury of Justice Department lawyers, and they all thought the way that Horowitz presented it today, you would never convict anyone. Thank God we actually try cases to common-sense people, because you never get positive evidence; you never get testimony of somebody who says, “I’m biased,” or there’s some document that says, “I’m biased.” What ends up happening is you evaluate the conduct that’s placed before you and you draw rational inferences from what people say and what they do.”

Sen. Ted Cruz gave a good hypothetical example of that kind of common-sense judgment: “I can tell you when I was at DOJ, if someone said, ‘Let’s tap Hillary Clinton,’ or ‘Let’s tap Bill Clinton or John Kerry,’ the people there would have said, ‘What in the hell are you talking about?!’” When it came to Trump, though, nobody in this sorry group brought them back to reality. It’s hard to imagine any other possible reason to even suggest such a scheme besides toxic political bias. And this went even further, to the point where someone falsified evidence.

Committee chairman Lindsay Graham put it more succinctly: “It was as if J.Edgar Hoover came back to life.” He meant the renegade FBI, the intimidating FBI, the one that didn’t care at all what the law said as it moved to find out everything about you and what was going on in your life., and maybe to destroy your life.

Another key point: The reason Horowitz considered the opening of “Crossfire Hurricane” to be justified is that the threshold for simply opening an investigation at the FBI is quite low. (Surprise!)  Getting — and renewing — a FISA warrant, though, is a big deal, as it gives permission for extremely intrusive surveillance (spying) on an American citizen. To reach that threshold, the FBI had to lie. And Horowitz said that to determine what motivated that, the question of bias became “murkier and more challenging.” Indeed.

You wouldn’t get this information from most news reports. The coverage has been shameful. It’s come to this: Most political “journalism” today is garbage, and that’s putting it as mildly as I can. It makes one wonder, when they talk about “reform” of the FBI and the FISA process, will there ever be any “reform” of the media? Not censorship, mind you — I would never call for that — but more objectivity and accountability to their increasingly wary audience if they want to stay in business.

There are some noteworthy exceptions to this gigantic media fail, such as Matt Taibbi’s withering criticism of the FBI “clown show” and its flying media monkeys. (This comes, as Trey Gowdy told Martha MacCallum, “two years too late,” after “they vilified Devin [Nunes]…Paul [Ryan?]…Kash Patel, Johnny Ratcliffe…”) Taibbi is definitely not a Trump fan, but he seems to have seen the light on this. I can’t remember ever recommending an article from Rolling Stone as a must-read, but they say there’s a first time for everything…

Here’s a great piece by Eddie Scarry in the Washington Examiner (written after the release of the IG report but before Horowitz’ testimony) showing why the bias should be easy for investigators and the media to see — should be but isn’t. Highly recommended…

Comey Lying His Farce Off

Oh, and it’s not just the media, but the major players in this farce who are also still lying. Former FBI Director James Comey is still trying to present himself as Mr. Innocent in his tweets and on TV. He’s taking an unearned victory lap after the release of the report, which doesn’t come close to vindicating him. Just the opposite, in fact. Much in the report contradicts the “My-understanding-was” and “I’m-not-aware-of-that” claims Comey made in his interview with Bret Baier last year, particularly those relating to the role of the Steele “dossier.” (I wonder if Chris Wallace will call him on those whoppers if and when they have their scheduled interview this weekend.) Comey has a lot of experience and expertise when it comes to deflecting blame off himself. But Horowitz said outright that no one involved in this has been vindicated by his report.

We know now that by January of 2017, the FBI was well aware that the “dossier” was a steaming load of … um, unverifiable fiction, but continued to spread it around anyway and sign renewals of their original FISA warrant application. And whose signature did we see there? James Comey. At this point, he should just shut his trap, crawl under a rock and wait to be indicted.  Process servers can just follow the slime trail.

Finally, there’s the distressing matter of status-quo FBI Director Christopher Wray. Eddie Scarry (again) at the Washington Examiner shares my skepticism that Wray is the one who can “make the FBI great again.” He’s not.