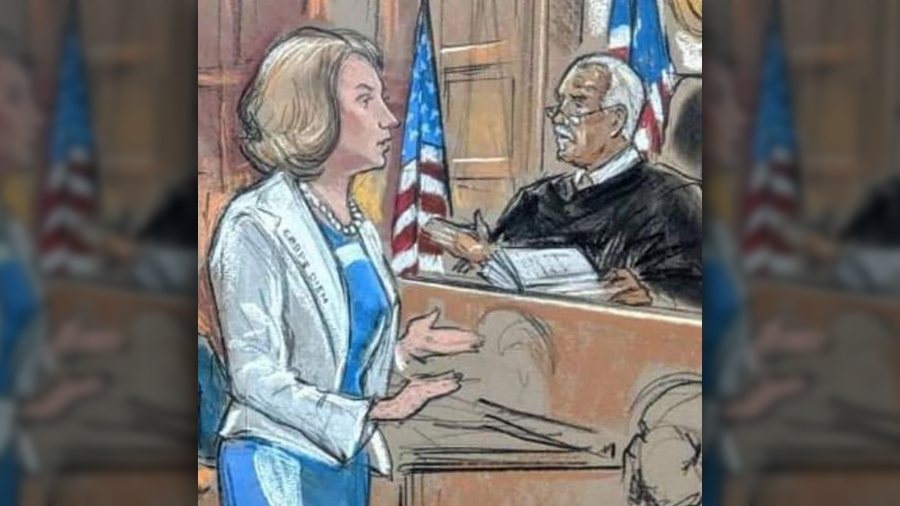 The last we heard about Sidney Powell, conservatives were scratching their heads about a story concerning her defense in Dominion Voting Systems’ defamation lawsuit against her.

According to news reports, Powell’s attorneys were embarking on a surprising defense: that what she’d said about Dominion Voting Systems was so outrageous, so downright crazy, that “no reasonable person” would believe it. And if people don’t believe what she’s been saying, then how can Dominion be damaged in any significant way? (Good question; I can almost hear the gavel pounding and the judge saying, “Case dismissed!”)

But when Trump supporters who distrusted the outcome in states with electronic voting systems, particularly Dominion’s, heard about this defense strategy, many had a hard time with it. Pundits accused Powell of shooting holes through her own theory of election cheating in order to avoid Dominion’s retaliation. I didn’t think she was doing that at all, and said as much. Considering that Dominion itself had called her claims “outrageous,” etc., she appeared to be turning that around on them. Little did we know the media had gotten the story wrong.

Powell is back, in an interview on Rumble with Dinesh D’Souza. Please keep in mind that most media platforms will not allow any examination of the 2020 election, let alone an interview with Sidney Powell that specifically discusses Dominion Voting Systems, so the difficulty in finding her has nothing to do with her believability, only with the realities of censorship and “cancel culture” in 2021.

In Part 1, D’Souza introduces Powell as the attorney for Michael Flynn; recall that she completely upended the non-defense that Flynn had been receiving and helped him change his plea from guilty to not guilty, and hijinks ensued. We all stood up and cheered that Flynn, after being so abused by the FBI and Obama White House, was finally getting the mother-bear defense he deserved.

Recall that even when the Justice Department finally withdrew the case against him, Judge Emmet Sullivan wouldn’t let it go and weirdly continued to act as prosecutor. It took a pardon from President Trump to stick a fork in this overbaked case. My point: Sidney Powell is one powerhouse attorney. As D’Souza points out, she’s been the lead attorney in over 500 federal appeals, 350 of these as assistant U.S. attorney, in addition to her many other credentials. She’s well known for her book Licensed to Lie.

She does not back down, and she is no crackpot. So when my team and I accepted the odd story about her defense, it was because we assumed there must be a method to her madness.

The Stuff We’re “Not Supposed to Talk About”

D’Souza begins the interview by saying, “We’re gonna talk about all the stuff we’re ‘not supposed to talk about’” because “the digital moguls have decided that we can’t.” And then they do.

He repeats the argument on the left, notably from CNN’s Jake Tapper, that Powell’s defense against Dominion is “a big win for his [Tapper’s] side” because it means that what she’d been saying about Dominion was opinion, not fact. He asks her flat-out if she’s backtracking from what she’d said in the beginning about Dominion.

And she says that no, she isn’t. She is taking back nothing in her original claims.

The Data Does Not Lie

She says that news reports referring to her DC Circuit case have misquoted a statement from the decision or have taken it out of context. In other words — who would believe it? — reporters got it wrong.

Let me make it clear, I’m simply passing along what Sidney Powell is saying about her personal belief that there was widespread fraud. It is a fact that she believes this, and what I say here is a correction to a previous widely-reported story that falsely suggested she doesn’t. I do not have hard evidence that widespread fraud changed the outcome of the election, but Sidney Powell claims it’s there, and I’m quoting her.

She accuses NBC of reporting “a bald-faced lie” when they said she doesn’t believe what she had said about Dominion.

It’s a complete mischaracterization of what we said in our pleading and what I believe and know to be the truth. I’m not backin’ up one inch.

Everything I said about Dominion, I had a factual basis for, she continues. Any reasonable person looking at the evidence I’ve seen would have to come to the same conclusion.

The interview is divided into four parts. Here’s Part 2, which includes her claims about voting machines “weighing” votes differently — she said this should have resulted in a federal criminal investigation — and also what she called orchestrated foreign interference.

In Part 3, they discuss why evidence of fraud hasn’t been examined. She says she’s “beyond disappointed in the Department of Justice” and that President Trump had “a failure of nerve.”

Finally, in Part 4, they discuss the heartbreak of what’s actually happening in America.

The GOP is part of the swamp, she says at one point. Neither the campaign nor the RNC were interested in challenging the results of the election. Everyone just wanted to pack it up and go home. It was the most horrible situation I’ve ever personally witnessed…in any sort of pursuit of truth or justice.

We did, and can save you some searching because we found this update, called “Sidney Powell Responds to the Fake News.”

It lays out in more detail what she was telling D’Souza in their interview. The Dominion case, she says, has no merit because it’s going after her for her legal opinion, an opinion that she claims is based on evidence that she presented to four different courts. As such, her statements are “not subject to to challenge under defamation law.”

And she says she did not say that ‘no reasonable person’ would believe her claims.

The page also includes a statement from her attorney, Howard Kleinhendler, which accuses the media of “cutting and pasting” portions of their motion to dismiss the Dominion complaint. He concludes:

In short, the legal standard of a technical legal defense crafted by the court has been improperly manipulated by the media to tell a false narrative. Ms. Powell is not backing down or retracting her previous statements concerning Dominion. Dominion’s case lacks legal merit and should be dismissed in its entirety.

Any suggestion, her attorney says, that ‘no reasonable person’ would believe Ms. Powell or her comments on the election is false.

News outlets are staying faaaaar away from Sidney Powell’s claims, so you won’t see her cropping up on most shows. (Fortunately, Rumble is one of those brave platforms that support free speech and won’t “cancel” a story about election fraud.) Perhaps the best way to stay updated on her litigation is to check periodically here.