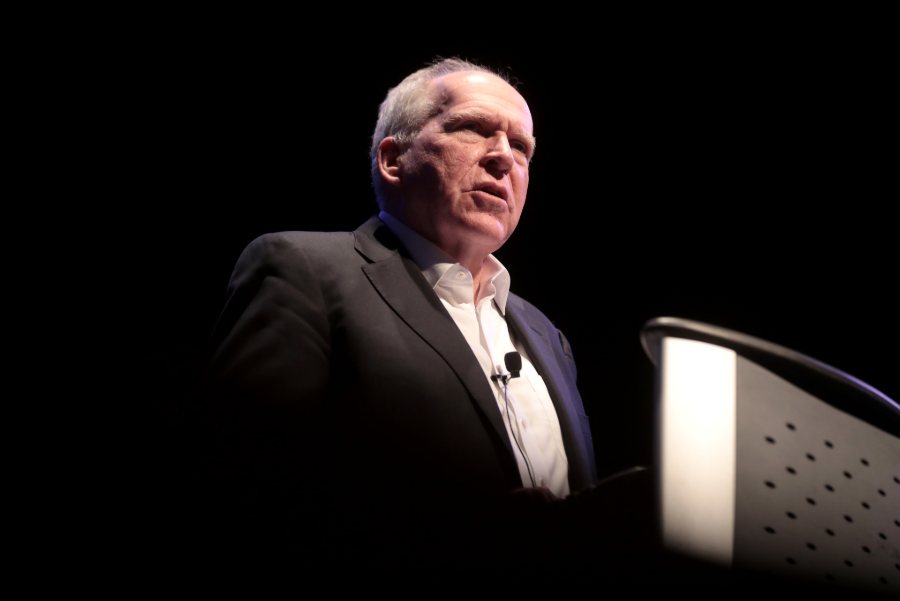 The brainless January 6 attack on the Capitol was a gift to the left, giving the incoming administration an excuse to treat all Trump supporters, going forward, as domestic terrorists. So it should come as no surprise that President Joseph Robinette Biden, in his inaugural address on Wednesday, declared war on domestic terror.

The “War” on Domestic Terror

Will definitions be twisted to enable this war to be waged against all those who supported Trump? Will 75 million Americans now be opposed in the same ways we opposed al-Qaeda after 9/11? And what does that do for “unity”?

Former CIA Director and world-class dangerous person John Brennan gave his impression of this “war” on MSNBC, where he now works:

… The members of the Biden team who have been nominated or have been appointed are now moving in laser-like fashion to try to uncover as much as they can about what looks very similar to insurgency movements that we’ve seen overseas, where they germinate in different parts of the country, and they gain strength, and it brings together an ‘unholy alliance,’ frequently, of religious extremists, authoritarians, fascists, bigots, racists, nativists, even libertarians. And unfortunately, I think there has been this momentum that has been generated as a result of, unfortunately, the demagogic rhetoric of people that have just departed government, but also those who continue in the halls of Congress.

Let’s Break That Down

Let’s break that down. Brennan says the Biden team is now moving in “laser-like fashion” to uncover what “looks very similar” to overseas “insurgency” movements.

“Laser-like”: A laser is quick and focused. In other words, no time for judicial review and due process.

“Looks very similar”: It doesn’t have to be an insurgency, just give the appearance of one to the people in charge.

“Insurgency”: This loose term may be applied at will. A peaceful protest held to question, say, the outcome of the election would be labeled by many — including social media, which has the power to censor — as an insurgency that must be held in check because it might “incite violence.”

“Unholy alliance”: This means groups that might not agree with each other on most things but happen to be on the same side about a particular issue. If no differentiation is made, an innocent group might be considered guilty by association. They wouldn’t even have to associate to be lumped together.

“Religious extremists”: Who are the extremists? Depending on who’s talking, socially-conservative Baptists and Catholics might be considered extremist, while far-left Muslims and militant atheists might not be, simply because their politics are approved by those in charge. Never mind the First Amendment; it’s the politics that will decide how various faiths are treated.

“Authoritarians”: Again, who are the real authoritarians? It seems to me we have people in control now who relish their new power and the idea of running everything way, way too much, and I’m talking about you, Nancy Pelosi and AOC. Among numerous others.

“Fascists”: At least here in America, this word applies most truthfully to those who claim to be “anti-fascist.” But who gets to decide where to slap that “fascist” label? And what if they’ve already dictated that Trump supporters will be the ones labeled fascists, even though the real fascists are the ones burning down buildings and trashing their enemies’ civil rights?

“Bigots/racists”: In the switched-around world of 2021, either of these terms can be used to refer to people who criticize the “anti-racist” movement, even to condemn those of us who think it’s best to be color-blind. If I’m the one talking, the “anti-racist” movement, so-called Critical Race Theory, is the most racist thing to come along since Jim Crow laws. But I’m not the one talking — not in the halls of government, anyway. And not in public education and the universities. Also, it doesn’t help that anyone who supported Trump is automatically labeled a racist.

“Nativists”: This word can be used to describe anyone who just wants to put America first. And — aha — all the people who wanted to build a wall and “Make America Great Again.” Anti-immigrant! Bad people!

“Libertarians”: These are people who want as limited a government as realistically possible and all the protections that the Constitution was intended to provide. To the current government, these might be the most dangerous people of all, especially when teamed with fed-up Republicans who lean that way. If they can be lumped in with extremists, fascists and bigots, so much the better.

I’ll translate the rest of what he said: These groups gained “momentum” from Trump-style rhetoric during the past four years, and unfortunately we still have some members of Congress who engage in that. His implication: We need to get those people out.

So, will the new administration be “moving in laser-like fashion” towards getting those people out of office? And will part of their new domestic “war” be to criminalize all of the above, with them writing the definitions?

Glenn Greenwald has a stunning and very important, must-read piece, available at substack.com, on this new war the left plans to wage on domestic terror.

By the way, Greenwald leans left politically, so does that make ours an “unholy alliance”? No, it does not! Read his piece, and it’s clear who the real authoritarians are. Hint: it’s not Trump supporters.