The Dirt on Dems’ Reconciliation Bill 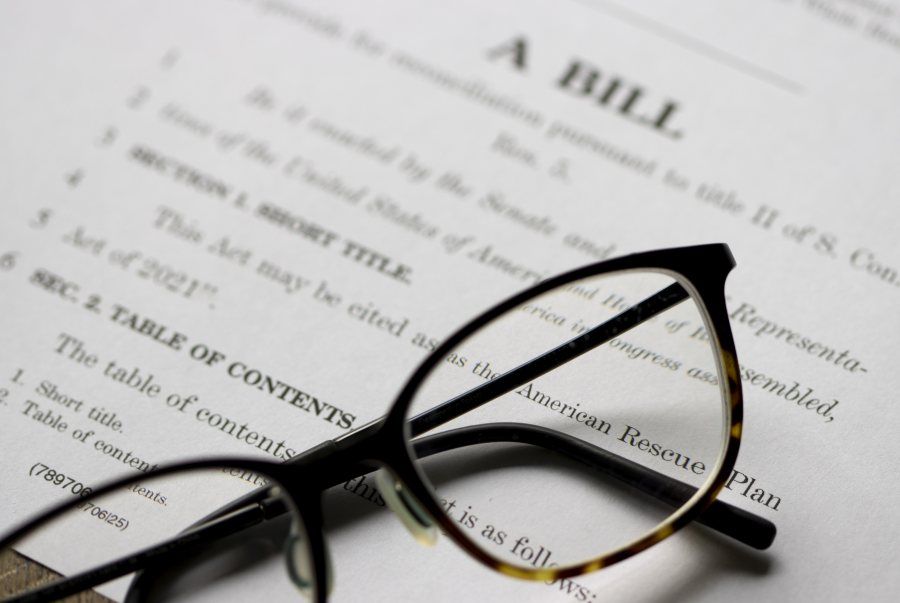 Democrats are quarreling over the price tag of their Build Back Better bill, but the real problem is what’s in it. The bill coerces workers to join unions, imposes racial preferences on every facet of life and redistributes money from workers to takers.

Fortunately, this bill is in limbo. Moderate Democrats such as Sen. Joe Manchin insist the bill has to be pared down to less than half its current price tag. The far left is screaming in outrage. But the bill can’t pass without every Senate Democrat supporting it.

Not passing it would be the best outcome. This bill is as un-American as it gets. Here are some of the bill’s details Democrats would prefer you not see. Judge for yourself.

Most people work and save for years to buy a home; this bill makes them into suckers. It caters to low-income, first-time homebuyers with no conditions. It’s part of President Joe Biden’s scheme to bring the city to the suburbs and increase racial and economic diversity there. First-time homebuyers can get up to $25,000 and never have to pay it back, whether they stay in the home or move for virtually any personal or financial reasons. It’s free money — as long as you’re not the taxpayer footing the bill.

The bill also offers up to $14,000 to homeowners who lower energy use by installing new heat pumps, air-conditioning systems, insulation and energy-efficient appliances. It’s a pot of gold for homeowners who qualify, and will bring tens of billions of dollars in new business for contractors.

Here’s the catch: Only unionized electrical contractors qualify. This bill is designed to twist arms and unionize the workforce. Why? Unions bankroll the Democratic Party.

Racial and ethnic minorities also get preferential treatment. The bill promises contractors a $200 bonus for each customer served from a “community of racial or minority ethnic concentration.” Whites go to the back of the line and have to hope the money holds out.

The bill awards $1.48 billion to labor unions and community organizations to recruit and train workers to care for the elderly or disabled at home. Top priority is training workers in their rights and organizing them, according to the bill. This is your tax dollars at work creating a new army of likely Democratic voters.

It’s Not About the Children

House Speaker Nancy Pelosi claims Build Back Better is “about the children.” New York Times columnist Paul Krugman repeats the claim, saying the bill is about “securing the future” for children.

Truth is, the bill screws our children and grandchildren. It adds hundreds of billions of dollars to the federal debt, forcing the next generations to pay interest and principal on what we’ve borrowed instead of taking care of themselves.

The Truth About the Build Back Better Bill

Democrats can’t seem to tell the truth about their legislation. To break the stalemate in Congress, they’re toying with leaving the programs intact but funding them for a shorter time — only the first five years instead of all 10, in some cases. That’s a hoax. Manchin isn’t fooled. “Those programs will never go away,” he says. He’s right. Entitlements are forever.

Already the bill costs far more than $3.5 trillion because of similar gimmicks. The child care tax credit, or monthly Biden bucks, are funded for only five years.

Democrats boast about offering “universal pre-K,” but currently, the bill fully funds it for only one year — a ruse.

Same with the promise of “free” community college. The bill fully funds it only through 2024. One exception: Colleges serving minorities are funded through 2030.

Whatever the bill’s actual cost, it’s bad for America. The racial preferences and favoritism toward unions will further divide us. And the vast array of new giveaways is an insult to working people who support their own families.