The Details of the ‘Inflation Reduction Act’ Are Public 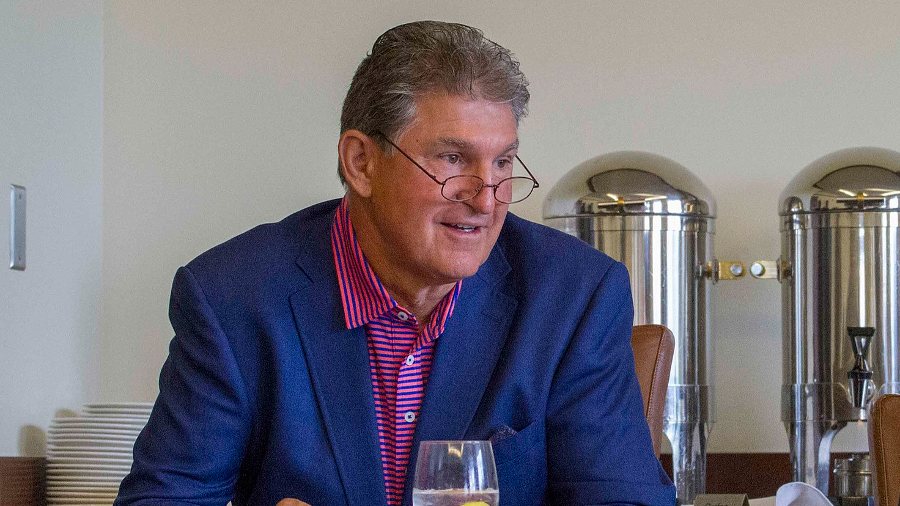 The details of the Democrats’ “Inflation Reduction Act” that Sen. Joe Manchin agreed to support are finally public, and one thing is clear: not since Peter Minuit handed over $24 worth of junk jewelry for Manhattan Island has anyone been so swindled. (I refer, of course, to Peter Minuit.)

I already told you that an analysis found the bill would actually raise inflation for a couple of years, then reduce it, for a net impact on inflation of zero. It will also raise taxes, add 80,000 IRS agents to beef up audits, and shower hundreds of billions of dollars on Democrat “Green New Deal” programs and cronies.

On the Sunday news shows, Manchin claimed the bill will reduce inflation while “not putting a burden on any taxpayers whatsoever.” That will be a neat trick, considering it increases tax revenues by $739 billion. That claim is based on one of the left’s favorite false narratives, that you can tax corporations and it won’t affect individuals. But corporations don’t pay taxes, they just collect them. The costs are passed along to customers in the form of higher prices, and to workers via fewer hires, lower pay, and reduced benefits.

Let me just point out to Sen. Manchin: you don’t have to be a sucker. You haven’t voted for this yet.

And Republicans on the Senate Finance Committee reported that “by 2031, when the new energy credits and subsidies are set to provide an even greater benefit to wealthier Americans, those earning below $400,000 are projected to pay as much as two-thirds of the additional tax revenue collected that year.”

Manchin claims no taxpayers whatsoever will pay more, and Biden ran on a promise that if you made less than $200,000 a year, you wouldn’t pay a penny more in taxes. He also promised that his “Build Back Better” bill, of which this is the Omicron variant, wouldn’t raise taxes on anyone making less than $400,000. Not only will lower income taxpayers get hit by this bill, they especially will get hit by this bill.

Senate Finance Committee ranking member Mike Crapo said, “The more this bill is analyzed by impartial experts, the more we can see Democrats are trying to sell the American people a bill of goods. Nonpartisan analysts are confirming this bill raises taxes on the middle class and produces no meaningful deficit reduction…”

And if you’re wondering how Manchin was bilked into supporting this, Bonchie at RedState.com has details on that.

It seems he fell for one of the oldest tricks in the political racket: vague and unenforceable promises with the responsibility for fulfilling them falling on officials like Biden or radical greenie Energy Secretary Jennifer Granholm, who have no incentives, interest, or inclination to do what Manchin wants.

As Bonchie sums it up, the bill “delivers almost nothing of substance. I hope it was worth it for the West Virginia senator. He burned his credibility to the ground in order to please people who hate him, and all he’s getting are some empty, unenforceable promises. What a sucker.”

Let me just point out to Sen. Manchin: you don’t have to be a sucker. You haven’t voted for this yet. You can always claim you were lied to (or “bamboozled” is a nice word) and have changed your mind about signing on. Do as so many other Democrats have done and just “Walk Away.” Trust me, very few people will complain about not getting a big tax hike so the Democrats can blow more inflationary spending on their pet projects.