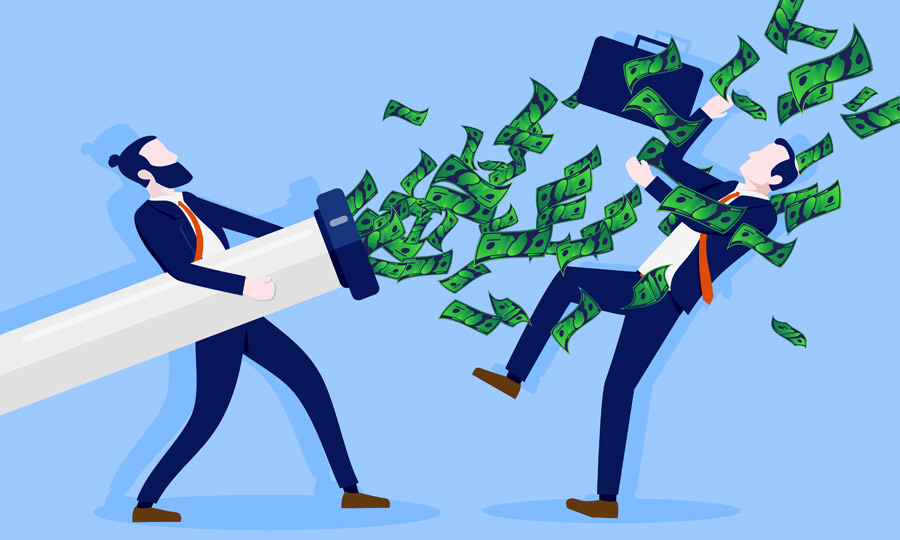 It doesn’t cost anything to engage in dialogue with one’s political opponents. The Democrats, however, would rather spend millions of donor dollars on a partisan crusade.

The Democratic National Committee (DNC) recently announced a $25 million campaign to oppose common-sense election integrity laws, proving once and for all that they have absolutely no interest in bipartisanship or compromise.

Most Americans will recoil in disgust from such a naked power grab, no matter how much the DNC spends to sugarcoat it.

Rather than following the lead of moderates such as Senator Joe Manchin, who has taken the time to actually listen to and understand the other party’s position, Democrat Party radicals led by Vice President Kamala Harris are launching a scorched-earth campaign against any and all election reforms supported by Republicans. That includes broadly popular measures such as voter ID requirements, which overwhelming majorities in both parties strongly support, but which Democrats have tried to brand as a resurrection of Jim Crow.

The Democrats are also up in arms over efforts to restrict ballot harvesting, which seems like a strange hill to die on. Ordinary Americans know there’s something deeply suspicious about activists being paid by the ballot to collect and return other people’s votes, especially when it involves collecting them in places like assisted living communities, where many residents are highly suggestible and may not have someone nearby whom they can trust to advise them.

Do the Democrats really think our democracy is imperiled by laws that prevent partisan groups from paying for votes, or require voters to take basic steps to verify their identities when casting a ballot?

At the end of the day, everyone’s goal should be to make it easy to vote but hard to cheat. Reasonable people can disagree about the best way to achieve that goal, but the Democrats aren’t even trying to find common ground with Republicans. They’re just playing the race card and hoping that the apathy or ignorance of voters will let them get away with it.

The funny thing is, if the Democrats had taken a more collaborative and less combative approach from the very beginning, they could have had a say in crafting the election reforms that have been introduced or passed in state legislatures all over the country. They chose instead to fight tooth and nail against policies that many of their own voters support.

Had they chosen the route of compromise, the DNC could be announcing a $25 million campaign to boast about what the party had achieved through good-faith negotiations with Republican majorities in states like Georgia, Texas, and Florida. Because they chose all-or-nothing partisan warfare, however, DNC donors are being asked to finance a quixotic ad campaign intended to demonize policies that voters intuitively support.

Meanwhile, voters are reading news articles about Texas Democrats shutting down the entire legislative process because they would rather go politicking in Washington, DC than let the state government function under the control of their political enemies.

$25 Million to Sugarcoat Their True Motivation

In the process, the Democrats are rapidly expending their credibility as self-professed guardians of democracy, showing that their true motivation is and always has been partisan self interest. They are effectively saying to the nation that they are willing to countenance opening the door to fraud if it will allow them to increase Democrat voter turnout. That might appeal to hardcore leftists, but most Americans will recoil in disgust from such a naked power grab, no matter how much the DNC spends to sugarcoat it.

There’s plenty of room for bipartisan compromise on the issue of election integrity. The Democrats are throwing that opportunity away for no apparent reason other than contempt for the opposing party.

Ken Blackwell is on the Board of the Public Interest Legal Foundation, the Policy Board of the American Constitutional Rights Union, and is a Distinguished Fellow with Family Research Action.