Democrats will never accomplish anything meaningful until they reexamine the root cause of the problem they’re trying to address. 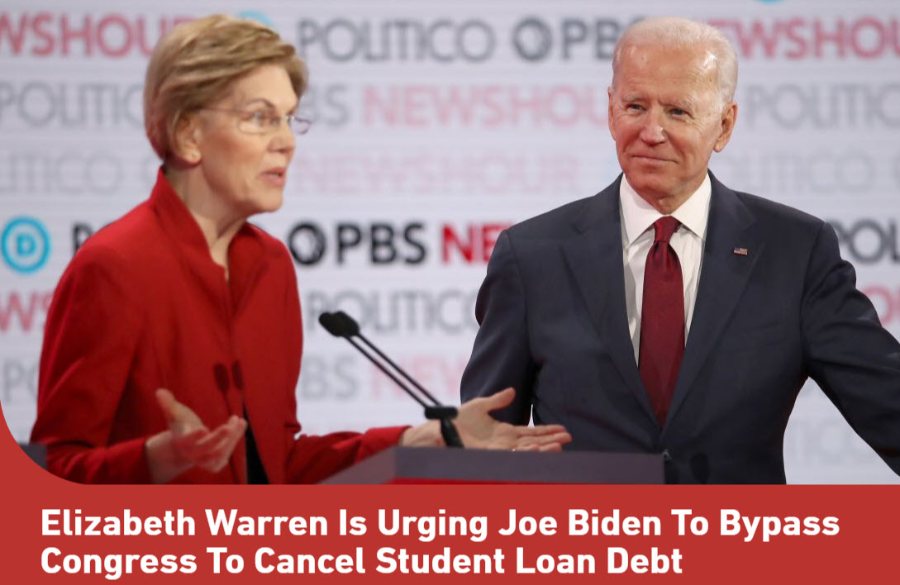 Calls are mounting among Democrats and progressives for a prospective Biden administration to make “canceling” student debt a top priority.

The loudest demands have come from progressive legislators such as Rep. Alexandria Ocasio-Cortez and Rep. Ilhan Omar. Meanwhile, prominent senators such as Elizabeth Warren and Chuck Schumer are imploring Biden to “cancel” $50,000 in student debt via executive order.

Student loan debt is holding back a whole generation from buying homes, starting small businesses, and saving for retirement – all things we rely on to grow our economy. Executive action to #CancelStudentDebt would be a huge economic stimulus during and after this crisis.

While this legally dubious use of executive authority is still a matter of debate in Democratic circles, most elected Democrats support “canceling” some student debt via legislation. For example, in May House Democrats passed the “HEROES Act,” a COVID-19 relief package that included $10,000 in taxpayer-financed student debt relief. (To be clear, student debt “cancelation” just means that taxpayers must pay it off.)

Suffice it to say that, to varying extents, student debt cancellation is at the top of the Democratic Party’s agenda. This means the policy is worth serious scrutiny — and it doesn’t hold up well.

For one, progressives claim to be champions of the working class who simply want to use the government to help uplift society’s most vulnerable. Yet with student debt cancellation, liberal politicians are prioritizing the interests of a relatively privileged and well-off segment of their constituency.

‘Canceling’ student debt would mean forcing Steve the landscaper to pay more in taxes so Jenny the marketing executive can have some of her student loans written off.

That’s right: Taxpayer-financed student debt relief is actually a regressive policy, which means that it disproportionately benefits the wealthy.

How so? Well, as ubiquitous as higher education may sometimes seem in modern life, most Americans still have not actually graduated from college. According to the Census Bureau, only one in three adults over age 25 have a four-year college degree. This subset of Americans has substantially higher incomes, on average, than non-college-graduates.

Using billions of federal taxpayer dollars to help this relatively better-off slice of society amounts to a redistribution of wealth from the working class to educated professionals. It would mean forcing Steve the landscaper to pay more in taxes so Jenny the marketing executive can have some of her student loans written off.

One simple graph from the liberal-leaning Urban Institute makes this reality clear: 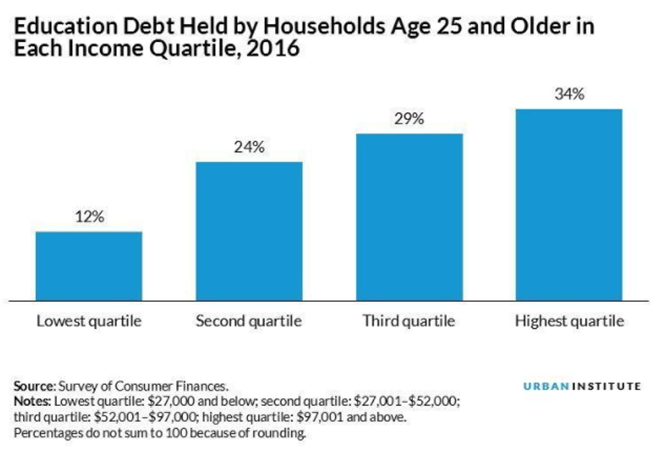 The Urban Institute concludes, “debt forgiveness plans would be regressive — providing the largest monetary benefits to those with the highest incomes.”

When it comes to tax cuts and other policy issues, progressives are usually ardently opposed to regressive policies. Yet, for some reason, on student debt cancellation they continue to argue that we should use limited taxpayer resources to bail out a relatively privileged subset of Americans. (Hint: This might have something to do with the fact that young college graduates are a key liberal voting constituency.)

But the case against the Democratic push to “cancel” student loans extends far beyond the regressive and unfair nature of the policy itself. Progressives overlook the crucial fact that government intervention created this problem to begin with.

After all, progressives are completely correct that the cost of college has skyrocketed in recent years. According to CNBC, tuition rates are up more than 213 percent since 1988 at public colleges, adjusted for inflation. At private colleges, prices are up 129 percent over the same time period.

This summary of inflation-adjusted tuition prices over time from CNBC makes the spike clear: 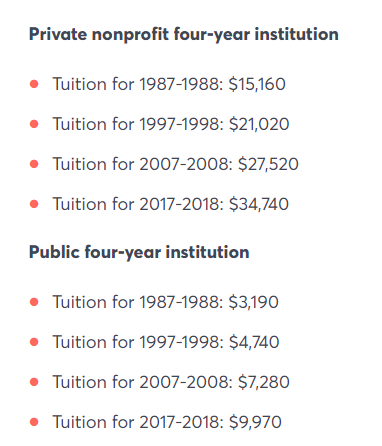 Why have prices increased so much? It’s simple: By doling out massive sums of loan money to basically any would-be student, the federal government drove tuition prices through the roof.

By doling out massive sums of loan money to basically any would-be student, the federal government drove tuition prices through the roof.

For instance, research published by the New York Federal Reserve found that every dollar the government gave out in subsidized loans led to a 60 cent rise in tuition rates. And a Harvard study comparing higher education programs that accepted federal aid to those that did not found that tuition prices at aid-accepting programs grew much faster.

These are just two studies of many with similar conclusions.

The takeaway is clear: By trying to make college more affordable, government intervention made the whole situation much, much worse.

It’s also a perfect example of what Austrian economist Ludwig von Mises identified as the vicious cycle of government intervention.

“[People] demand interventionistic measures before they are taken, but once they have been imposed no one likes them,” von Mises wrote. “Then everyone — usually even the authori­ties responsible for them — call them insufficient and unsat­isfactory.”

“Generally the demand then arises for the replace­ment of unsatisfactory interventions by other, more suitable measures,” the economist continued. “And once the new demands have been met, the same scenario begins all over again.”

We are watching this fallacy play out in real time.

Well-intentioned progressives and government bureaucrats created the student loan crisis by meddling in the market. Now they’re clamoring for more taxpayer resources and government intervention to solve the problem they created.

Democrats will never accomplish anything meaningful for the people adversely impacted by sky-high tuition rates and student loan debt until they reexamine the root cause of the problem they’re trying to address. In the meantime, their proposals would just worsen the inequality they’re supposed to be fighting against.