The Demise of Disney and the Attack on Christians in America 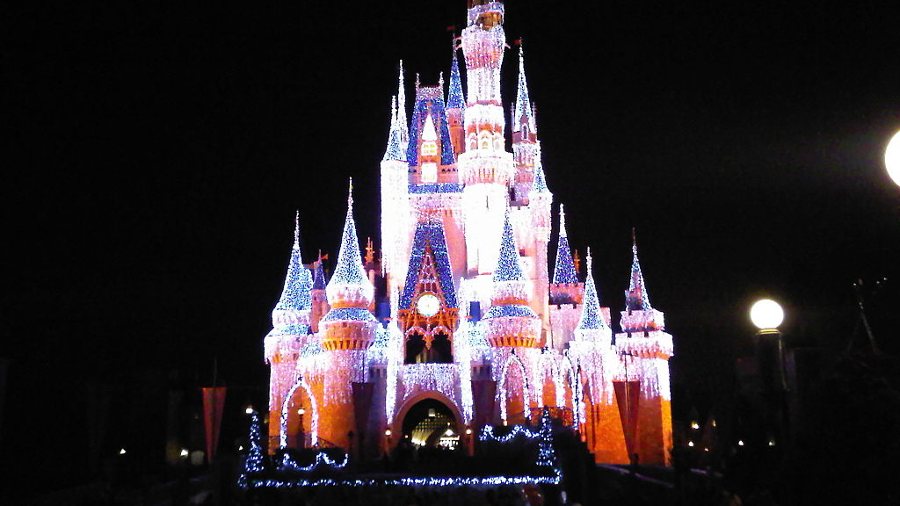 Editor’s note: The following is an email update sent to friends and partners of American Values Action.

The Demise of Disney

Few companies in America are as beloved and iconic as the Walt Disney Company. In many ways, Walt Disney and his rags to riches life is the personification of the American Dream, and Disney did much throughout his life to define “Americana.”

But Walt would barely recognize the corporate conglomerate that Disney has become. Far from the wholesome, family-friendly company that Walt built, Disney today is attempting to dictate radical values that most Americans vehemently oppose.

Disney has now declared war on millions of parents and their children. Governor Ron DeSantis is accusing the company of trying to impose “California values” on Florida’s parents. As a corporation, it is all in with the radical sexual identity movement.

Not only is the company demanding that the state’s new Parental Rights in Education law be repealed, its producers are bragging about how they are “adding queerness wherever” they can to Disney content, and how executives are “super welcoming” to their “not-at-all-secret gay agenda.”

How much longer before Mickey Mouse breaks up with Minnie and announces he is “transitioning” to a female rodent?

Disney’s war on normalcy is coming from the top of the corporation. One senior Disney executive said this fight was personal because she has one transgender child and another who identifies as “pansexual.” So, you and your children must embrace whatever dysfunction is going on in her home.

Disney contends they are simply taking a stand for tolerance and human rights. Yet, Disney has no problem doing business with communist China, one of the world’s worst abusers of human rights. Disney works closely with the Chinese Communist Party, making sure to be respectful of communist China’s rules and values.

Communist China is smashing freedom in Hong Kong. It is oppressing Christians. It has concentration camps for Muslims. And communist China is not exactly tolerant of homosexuals. It just banned “girlie men” from Chinese media.

To my knowledge, no Disney executive has spoken out against communist China’s genocide and human rights abuses. In cozying up to genocidal communists, Disney surrendered any moral authority it had.

It has absolutely no business telling Florida’s parents what their kids must be taught!

We’ve reported recently that more than 70% percent of Americans feel our country is headed in the wrong direction. Of course, there are many reasons for that.

But a big one is the cultural insanity that has been embraced by globalist American corporations, universities and our public schools. (Here and here.)

I have been a leader in exposing communist China’s growing influence on Wall Street and in our own government.

The Attack on Christians In America

It seems that Rev. Barrett-Layne once wrote that church leaders struggle with all the same sins that their flock struggles with, issues like “drugs, alcohol, homosexuality, fornication, adultery, pornography, pedophilia, stealing, lying, envy, covetousness. . .”

She’s right, of course. All mankind struggles with sin. Our pastors are human, too, subject to all our frailties and failings. That’s just a statement of fact, as the headlines frequently remind us.

She is simply citing normal Christian teaching. We’re all sinners. But to the left, her “sin” was suggesting that homosexual conduct is a sin.

She also wrote that her daughter once claimed she was a boy. (Her daughter was three years old at the time.) Naturally, Barrett-Layne and her husband were concerned, so they prayed over their child, who happily declared she was a girl after their prayer.

That prayer was also cited by New York LGBTQ movement as evidence she is a “hate pastor.” To them, the “proper” response would have been to encourage the 3-year-old in her gender delusion.

One could look at this incident and shrug, “Well, that’s just crazy New York City.” But this is happening all over the country. Reverend Barrett-Layne is just the latest example of a growing and disturbing trend.

The expression of normal, Christian beliefs on matters of human sexuality is regularly labeled as “hate,” and people are being punished for expressing mainstream biblical views and opinions.

We have been warning about this for years. Orthodox Christian views are under constant attack from the radical left!

When the gay rights political movement came out of the closet and into the public square with their public policy demands, they framed their arguments in the rhetoric of “tolerance.” But no society has ever been built on neutrality when it comes to values.

Every society has a set of values that it promotes and encourages. This country was built on the Judeo-Christian value system.

But once the left gains power, their tolerance goes out the window. Now, we are ordered to bow at their altar and remain silent about our faith or risk being labeled a bigot.

To the pastors reading this message, I urge you to find a Sunday soon to discuss with your congregations the growing attack on the Christian faith right here in the United States.

The hour is late. Don’t put it off. Don’t worry that you may offend someone. Just tell the truth!

Copyright © 2022 American Values Action. All rights reserved. Reprinted by permission of the author.