The Danger of Building Your Theology on a False Foundation 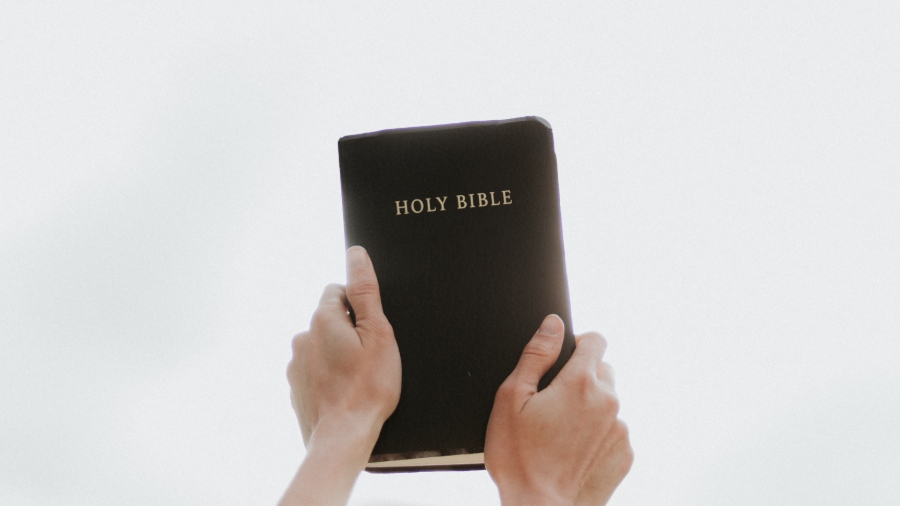 I can’t tell you how grateful I am for the Bible. Without it, we’d have only our speculations about who God might be. We’d be lost in our own fallen, limited ideas and subjective preferences. The beauty of the Bible is this: Instead of letting us flail about in the dark, never truly coming to know Him, God reached into our hopeless situation. He revealed everything we need to know about Himself. He gave us an objective standard. A foundation on which we can stand with complete confidence. An unyielding rock to crush our harmful, false ideas before they can crush us.

But His revealing Himself isn’t enough to benefit our faith, practice, and fellowship with Him. We must also believe and trust that the Bible is God’s Word. We must willingly submit to it, conforming our beliefs to its own.

Not everyone thinks this is the right approach. Many Christians have decided the Bible is not God’s perfect Word and/or that interpretations of it are unreliable. They want to know God. Yet without a standard, they reason from their own experiences of life, or their understanding of love and goodness, or personal revelations to reach the conclusions on which they’ll base their life and worship.

These two paths lead to completely different destinations. We all have to stake our spiritual lives on one or the other.

I was reminded of this yet again while reading Brian Zahnd’s Sinners in the Hands of a Loving God (see a detailed review of the book by Derek Rishmawy here). Throughout the book Zahnd made his case for rejecting the idea of God’s wrath and retribution against sin. I kept making notes of where the Bible contradicted his theological assertions and interpretations of Scripture. Finally it became clear that pointing out missed verses and hermeneutical missteps would make no difference. He had rejected the Bible as the “final authority.” He said that giving it that kind of authority would be “an act of idolatry”:

If we want to make the Bible our final authority, which is an act of idolatry, we are conveniently ignoring the problem that we can make the Bible say just about whatever we want.

Clearly, Zahnd was measuring his theology by a completely different standard than I was, making it impossible for either of us to correct the other. But what standard? In the very last chapter, I got my answer:

But it wasn’t primarily reading theologians like Hans Urs von Balthasar, Henri Nouwen, and Stanley Hauerwas that led me away from an angry-God theology; it was mostly mystical experiences in prayer. As I learned to directly experience the presence of God in contemplative prayer — or sitting with Jesus, as I describe it — I have come to know God as love and light. I have seen the face of God in Jesus….

Submit Your Theology to God’s

Unfortunately, it’s much easier to make your contemplative vision say whatever you want than it is to make the objective and public words of the Bible say whatever you want. And this is exactly what Zahnd does. He begins not with the Bible, but with what he calls the “living Christ.” His version of Christ is not the Jesus depicted in the Bible (for Zahnd ignores or rejects even some of Jesus’ words in the New Testament), but rather his idea of Jesus. He developed his idea by “directly experience[ing] the presence of God in contemplative prayer.”

His “Jesus,” who instructs him that God does not express wrath against sin, is untethered from objective biblical revelation. This foundational error has a snowball effect on Zahnd’s theology: If God’s justice doesn’t express wrath against sin, then the cross can’t be a payment for sin. This leads to speculation about what the cross is about* and requires a redefinition of what it means to be saved. The end is repeated statements of legalism. With Zahnd’s theology there’s no Gospel in sight — merely unyielding, condemning consequences of our sin, unless we’re good enough to change the sinful power structures of our society. It is bleak.

And it’s the inevitable result of building one’s theology on mystical experiences (or anything else) rather than God’s objective Word.

Once you step off the path illuminated by the Bible in order to follow the beckoning of your own subjective vision, the disastrous consequences will only continue to multiply. Don’t ever give in to that temptation. If you love the truth, and you desire to truly know God, stay close to the standard He’s given us. Submit your theology to His.

*For example, “On Good Friday we see that our violent system of blame and ritual killing is so evil that it is capable of the murder of God. And once we see it, we can repent of it, be forgiven for it, and be freed from it. This is how the cross saves the world.” This, of course, turns the cross on its head, transforming it from a source of grace to merely a visual depiction of yet another law: Thou shalt not violently assert power.

Why Do Kids Leave the Church? Don’t Forget Bad Theology!