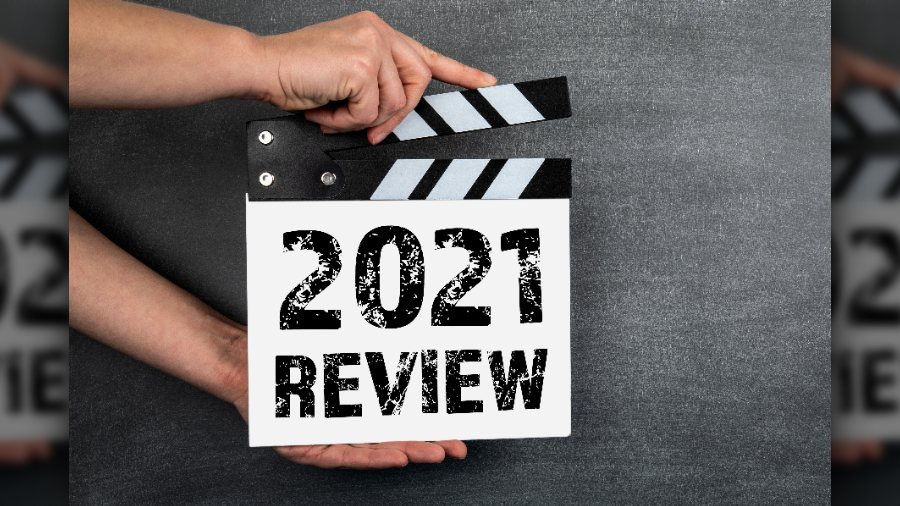 As this is my last column of 2021, I thought it would be worthwhile to review some of the most important observations I made over the course of an awful year. I hope you agree, and wish you — and our country — a happier New Year.

These past few years have taught me not to so quickly judge the quiet Germans, Russians, etc. Of course, I still judge Germans who helped the Nazis and Germans who in any way hurt Jews. But the Germans who did nothing? Not so fast.

What has changed my thinking has been watching what is happening in America (and Canada and Australia and elsewhere, for that matter). The ease with which tens of millions of Americans have accepted irrational, unconstitutional and unprecedented police-state-type restrictions on their freedoms, including even the freedom to make a living, has been, to understate the case, sobering.

We are faced with a lockdown on speech the likes of which have never been seen in America. And the parallels with Germany are even more stark. What the Left is doing is announcing — and enforcing — that conservatives “do not belong” in our society. The parallels to 1933 are precise. And most good Americans are keeping silent, just as did most Germans. Though they do not risk being beaten up, are Americans in 2021 as afraid of the American Left as Germans in 1933 were of the German fascists? We’re about to find out.

Why does the Left need to crush all dissent? This is a question made all the more stark because there is no parallel on the right: Conservatives do not shut down dissent or debate.

The answer is the Left fears dissent. And they do so for good reason. Leftism is essentially a giant balloon filled with nothing but hot air. Therefore, no matter how big the balloon — the Democratic Party, The New York Times, Yale University — all it takes is a mere pin to burst it.

The American medical profession as a whole and many individual doctors are responsible for the deaths of tens of thousands of Americans — very possibly, more than that. Along with the media — from The New York Times to Google/YouTube, Facebook and Twitter — Americans have been denied both life-saving information and life-saving drugs.

If you don’t hate communism, you don’t care about, much less love, people.

The great tragedy of our time is that liberals vote Left. Virtually every value liberals have held for a century is now held by conservatives and scorned by leftists.

Schools teach children to hate reason, tradition, America, Christianity, white people, excellence, freedom and masculinity. Parents must either find a school that teaches reading, writing and arithmetic rather than America-hatred, or they should home-school their child.

The bigger the government, the fewer the institutions in which people can feel important. Therefore, given the deep human need to feel important, people will look elsewhere for their importance — like fighting systemic racism, heteronormativity, capitalism, patriarchy and transphobia. And, most of all, global warming — because you cannot feel more important than when you believe you are saving the world.

When Christianity died in Europe, we got communism, fascism and Nazism. What will we get in America if Christianity and Judeo-Christian values die?

The Left demands we believe and announce that men menstruate and give birth and that it is in no way unfair to girls and women when biological men compete in girls’ and women’s sports. In tens of thousands of American schools, students are brainwashed to believe that America was not founded in 1776, but in 1619. The world’s Left demands that we believe Israel is the villain and Hamas is the victim.

The single best thing Americans can do to counter the left-wing attack on America — against its freedoms, its schools, its families, its children, its governmental institutions, its sports, its news and entertainment media, its medical establishment, the CIA, the FBI, the State Department and the military — is to take their children out of America’s schools.

Sending your child(ren) to most American schools is playing Russian roulette with their values — but unlike the gun in Russian roulette, which has a bullet in only one of its six chambers, the schools’ guns hold four or five bullets.

Unconditional love is neither biblical nor rational nor moral. Can you name anything good that is or should be given with no moral or ethical conditions?

If America is racist, why have millions of blacks emigrated here? Did Jews emigrate to Germany in the 1930s?

“Safetyism,” like all religions, places what it values — in this case, being safe — above other values. Safetyism explains the willingness of Americans to give up their most cherished values — including liberty — in the name of safety.

The desire to lead as safe a life as possible is a major factor that explains why fewer and fewer young Americans are getting married and even fewer are having children. Neither marriage nor having children is safe. Both are filled with risks.

It is hard to imagine greater proof of the power of mass media and of the Left than a normal woman celebrating her daughter’s choice not to be a mother and not to make her a grandmother because of climate change.

Imagine if some of the biggest cities in America seceded from their states. Imagine Illinois without Chicago, Pennsylvania without Philadelphia, California without Los Angeles or San Francisco, New York state without New York City, or Texas without Houston, Dallas or San Antonio. Those states would lose a major tax base and some of their best orchestras and other artistic institutions. But the gains in quality of life would completely offset any financial or artistic losses.

Big cities have been and continue to be centers of destructive ideas, and the people living in them are generally coarser and often just plain meaner.

Colorblind means one does not believe a person’s color is in any way significant. There is little that reveals the immorality, dishonesty and racism of the Left more than its war on colorblindness.

Will the Left succeed? Unless Americans fight the Left as hard as the Union fought the slave states, the answer is yes.

As America has become more secular, it has become less free. Individuals can differ as to whether these two facts are correlated, but no honest person can deny they are facts.

There is almost nothing Democrats can do to damage America, or Israel, that would change most American Jews’ political leanings. The latest example took place just last week. A college student speaking to the vice president of the United States, a Democrat, condemned America for supporting Israel, and charged Israel with committing “ethnic genocide” against Palestinians.

“Your voice, your perspective, your experience, your truth cannot be suppressed, and it must be heard.”

The fate of America and the West lies largely in the hands of liberals. There are simply not enough leftists to destroy our most revered institutions. They need liberals to serve as fellow travelers to accomplish their ends.

If no one goes to prison for actor Alec Baldwin’s accidental killing of cinematographer Halyna Hutchins, our society will have failed a crucial moral test. We will be saying human life is not sacred; that it, in effect, is of little or no consequence.

As incredible as this assertion is to just about all religious people and virtually all conservatives, most leftists do not believe stealing is wrong.

Martin Kulldorff, a professor of medicine at Harvard Medical School, confirmed an Israeli study: “In Israel, vaccinated individuals had 27 times higher risk of symptomatic COVID infection compared to those with natural immunity from prior COVID disease.”

The denial of the efficacy of natural immunity is among the many reasons so many Americans no longer trust the American medical establishment.

All my life, I thought love and hate were the two most powerful human emotions. But owing to recent events, I have changed my mind. I now understand that for most people, fear is the strongest emotion.

If you are a conservative, why should you come out of the closet?

First, you will sleep better. Staying in the closet exacts a serious mental price. Second, kindred spirits, all quality people, will reach out to you, some of whom will undoubtedly become close friends. Third, you will respect yourself more. Fourth, you will help save this country from tyranny. For some, that is reason enough.

Trans swimmer Lia Thomas is a cheat. As far as sports are concerned, one’s biology, not one’s gender identity, is all that matters.