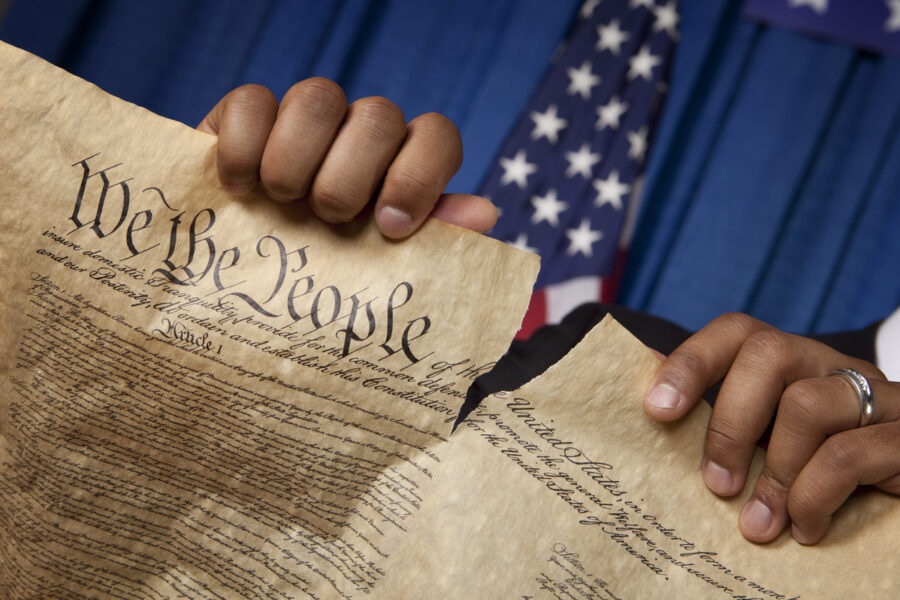 A high priority for the radical left is a national takeover of our elections. They want the bureaucrats in D.C. running our elections. This is what S. 1 or The Corrupt Politicians Act is all about—another big government power grab.  (The official name for the Senate bill is “For the People Act,” but it certainly isn’t for “We, the People.”)

A National Takeover is No Answer

Following the 2020 election, there is no doubt that many states need to reform their election laws. A national takeover is not the answer. Power is best left close to the people. Elections should be run at the state and local levels.

The Corrupt Politicians Act sets out to turn all the states to the Pennsylvania election model of chaos and uncertainty. States will be required to count ballots that arrive up until 10 days after Election Day, meaning the election will frag on and on.

Meanwhile, my home state of Ohio that ran smoothly and delivered results on election night will be forced to adopt this flawed election system.

Ohio has also done an excellent job at cleaning voter rolls to reduce the risk of voter fraud. Under this bill, states would no longer have the power to regulate voter registration and they would be forced to degrade the accuracy of voter rolls by being required to automatically register all individuals from state and federal databases. This would result in many ineligible individuals such as green card holders being registered to vote.

Hijacking Elections, and Calling You a Racist in the Process

If you oppose the legislation, you better be ready to be called a racist and a vote suppressor. This attack could not be further from the truth. Allowing illegal votes to be cast cancels out legal votes. It diminishes the voting rights that African Americans fought hard to secure throughout the 1960s. The Left’s rhetoric on this is offensive and irresponsible.

We all want to have free and fair elections where every legal vote is counted. (Or that’s what all should want.) States should learn from the disaster of 2020 and make reforms to increase transparency and election security.

The Corrupt Politicians Act is a massive step backward for election integrity. It is an attempt by the left to hijack the election process and change the rules in their favor to protect their majority.

We don’t need a federal takeover of elections. Power belongs with the people, not the bureaucrats and politicians in Washington D.C.

Ken Blackwell is the Distinguished Fellow for Human Rights and Constitutional Governance at the Family Research Council. He is a member of the board of directors for the Public Interest Legal Foundation and was the Ohio Secretary of State from 1999 to 2007.

I Was a Black Teen in the ’60s. Don’t Believe Left’s Lies About ‘Jim Crow’ Election Reform