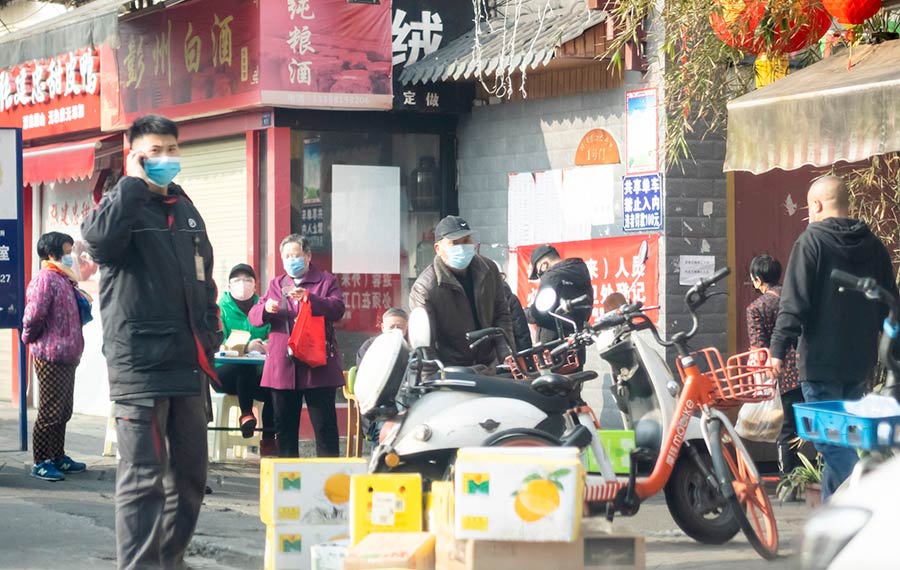 One day, we’re going to know not just how the Wuhan coronavirus (COVID-19) came to be a pandemic but how it came to “be” in the first place. Right now, though, it’s tough to find reliable information. Politics, not science, informs (infects?) most media commentary, and that applies not just to what’s being said but what is not said. (Aside: This is especially true with the promise of hydroxychloroquine/zithromycin/zinc therapy that we’ve been staying on top of.)

It’s amazing how, with 24/7 coronavirus coverage, so much information can be ignored in favor of the same fake stories over and over. CNN, MSNBC and other outlets are so loaded with misinformation — which we often debunk here — that one might as well be listening to Nancy Pelosi. Or the Chinese Communist Party.

We see that when public officials contradict President Trump or say things that otherwise further the anti-Trump narrative, they get love and kisses from the media. But as soon as they find reason to temper their comments or even (yikes!) agree with him, the media turn on them and try to shut them down, sometimes not bothering to air their reports.

“Dr. Birx and Dr. Fauci are not political people,” former Utah congressman Jason Chaffetz said Sunday evening on Steve Hilton’s show. “They worked in the administration when it was the Obama administration. These are serious scientists who have the lead; there’s a reason why the President, time after time, brings them out … and for the American people not to see these … health care professionals giving advice, telling them what needs to be done, advising the President, does a total disservice to the American public. But I think the American public, fortunately, figures that out.”

I would add that just as these researchers aren’t politicians, neither is President Trump, really. It’s refreshing to have someone in office who doesn’t just talk in focus-grouped politi-speak and is candid with us. On the rare occasions when something he says doesn’t ring true — such as a positive word he might say about Chinese leadership — we know he has solid diplomatic reasons for putting it out there.

Anyway, certain scientists and elected representatives have been trying for months to uncover the real source of the virus and what China did in the early weeks of their epidemic that allowed it to become a raging pandemic that has killed over 2,000 Americans. The Chinese Communist regime has been very cloak-and-dagger about it by hiding evidence, refusing to admit American scientists from the CDC, “disappearing” doctors and researchers, and expelling American journalists who might sneak the truth out to the rest of the world.

Arkansas Rep. Tom Cotton, appearing on Sunday Morning Futures, referred to a study published in The Lancet that concluded the virus did not originally come from the “wet market” in Wuhan. Cotton was really the first elected official to express serious concern about the emerging virus. He nailed it back on January 30, when he called it “the biggest and most important story in the world” and asserted that China was lying about it. He could see it didn’t make sense that China was downplaying the virus while “locking 75 million people into their homes and apartment buildings,” he told Maria Bartiromo.

And they’re still lying. “You see it again today,” Cotton said. China announced they had no new cases, no more deaths, but they’ve just re-closed the movie theaters nationwide after having them open for a few days. Certainly they wouldn’t do that unless what they’re telling us about the end of the contagion is false. Cotton also noted that a single mortuary in Wuhan has just ordered more than 5,000 urns. The Chinese Communist Party lies because it’s the Chinese Communist Party, just as a scorpion stings because it’s a scorpion. They’re behaving exactly as one would expect the Chi-Coms to behave when trying to cover up the biggest story in the world.

We Still Don’t Know Much

You can bet that when Trump says something gracious about the president of China, he’s well aware of that deception. There are many elements at play, such as the reality that much of our basic productive capacity for making medicines was outsourced to China long ago. As Cotton said, “I think most Americans have been shocked to learn that we depend upon China for things like penicillin, antibiotics, ibuprofen, acetaminophen, to say nothing of dozens of basic pharmaceutical ingredients.” That will have to change, but it can’t happen overnight. Cotton is sponsoring legislation to use tax incentives and the government’s purchasing power to bring this manufacturing back to the U.S. and eventually halt the importation of all Chinese drugs.

A month ago, Cotton was saying we didn’t know where the virus originated but that we had to get to the bottom of it. He pointed out that just a few miles from the wild-animal “food” market where they’d said the virus broke out is China’s one-and-only biosafety Level 4 superlaboratory that researches human infectious diseases. “Now, we don’t have evidence that this disease originated there,” he said at the time, “[but] because of China’s duplicity and dishonesty from the beginning, we need to at least ask the question to see what the evidence says, and China right now is not giving any evidence on that question at all.”

We don’t know much more than we did a month ago, Cotton said Sunday, and that is very little. But we now know the virus did not originate in the Huanan Seafood Wholesale Market as China claimed. That’s right: It didn’t “jump” from one of the live delicacies they sell there such as badgers and koala bears (kid you not) to a human host, and even the Chi-Coms can’t continue to claim that it did. They had to ‘fess up in February. But as early as December, this was known; The Lancet published a study showing that of the first 40 cases of coronavirus, 14 of them had no contact with that infamous market.

So, the virus had to have been brought by someone into that market, which became an “accelerant” for its spread. The market is crowded and dirty, with animals crammed into filthy cages to await their fate. Customers reportedly prefer to watch their future meal being slaughtered. Isn’t multiculturalism great?

China’s Failure to Contain the Outbreak

Rep. Cotton said we still don’t know what they do in this lab. It sure would be interesting to know if even one of those first 14 cases not having any connection to the market did have a connection to the lab. Is it possible that any of these infections can somehow be traced back there? Inquiring minds want to know.

It should be said that the study of this particular virus wasn’t necessarily sinister. It’s their failure to contain the outbreak and then lying about it that led to many thousands dying around the world — that’s sinister. This Level 4 biolab has apparently researched coronaviruses before, and there are legitimate reasons for doing so. I would strongly suggest, however, that in the future they might want to think about doing it at Level 5.