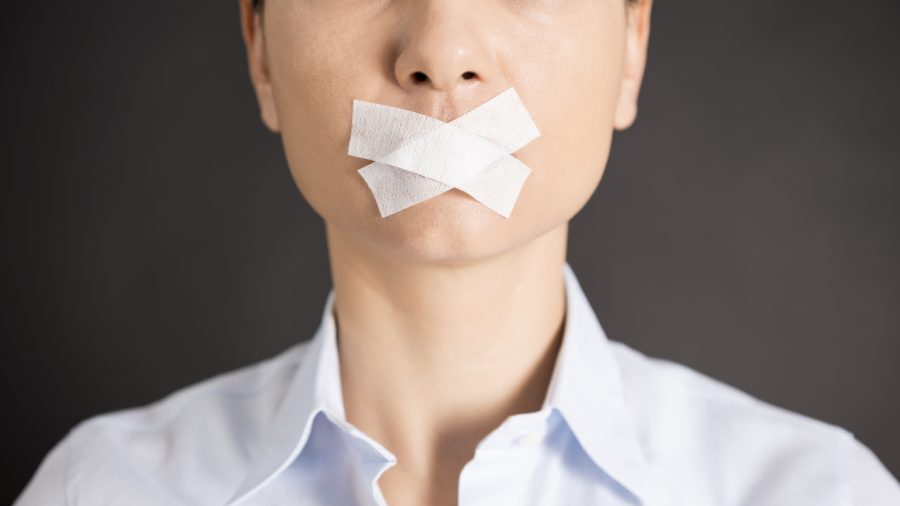 A lot of things worry me about a Joe Biden-Kamala Harris administration, but nothing troubles me more than that it will accommodate the left’s disturbing march toward selective suppression of free speech.

Much of the war against this sacred liberty occurs at the level of our culture, but when a leftist-friendly administration is in power, our efforts to combat this culturally will be more difficult.

As a result of structural and technological changes in our society, threats to free speech no longer come from government alone, and so, our constitutional guarantees against encroachments are now inadequate. There has been such a consolidation of power in the media and social media that these two institutions pose a great danger to our speech apart from any state action.

As you know, the federal Constitution and state constitutions only restrict government abridgments of speech, not those emanating from privately owned entities. But lately, these institutions have become increasingly powerful and alarmingly censorious toward conservative speech, and their actions clearly impacted the presidential election.

The mainstream media doesn’t even present both sides of issues anymore, and its coverage of President Donald Trump has been entirely negative, despite the enormous successes of his administration. The media conspiratorially shielded a cognitively failing Joe Biden and abdicated their reporting function concerning his condition and his unprecedented absence during the campaign. They wholly ignored credible corruption allegations against his son Hunter Biden. They invariably present their editorial views as straight news. All of these practices and more deceive and poison their viewers.

Social media oligarchs Facebook, Twitter, Google and YouTube discriminate against conservatives and their viewpoints. When questioned by senators about their bias, they arrogantly scoff and invoke vague, bogus standards to obfuscate their censorship. When asked to explain their censorship, they descend into postmodern psychobabble, such as Twitter’s Jack Dorsey’s saying, “We’re simply linking to a broader conversation so that people have more information.” What? By limiting opposing views, you are broadening the conversation? Please.

As conservatives, we don’t want the government to suppress the biased liberal media, no matter how noxious, one-sided and unfair it has become. But we need to do a better job competing, and elected officials must consider amending the Communications Decency Act and look into antitrust remedies to deter and prevent censorship by the emerging social media Big Brother.

What concerns me more than the current concentration of power in these various institutions and their censorship is that they and their Democratic allies would want to suppress opposing views in the first place. But they do, and they are. Leftists are brazenly hostile toward the publication of opinions with which they disagree. This is unsurprising because, for them, the end justifies the means. Their allegiance is not to liberty but to their agenda, which must be achieved at all costs, including the obliteration of our most fundamental freedoms.

Leftists no longer subscribe to the American tradition that the cure for erroneous or offensive speech is more speech, not the muzzling of objectionable speech. Indeed, this censorious trend is so pervasive that its purveyors have become entirely irrational and totalitarian in their attitudes and practices.

This ominous assault on conservative speech is coming not only from media and social media companies and other assorted leftist fringe groups but also from Democratic elected officials. The rationalizations they use to justify their censorship are breathtaking.

They’ve convinced themselves that certain political views are so toxic they’re not entitled to protection. These days, that category of forbidden views has grown to include virtually all conservative speech, which the left regards as obnoxious, hateful, racist and violence-inducing. Leftists don’t bat an eye when Twitter or Facebook removes conservative posts or bans conservative posters simply because they are conservative.

Sen. Dianne Feinstein, for example, said that more stringent warnings, not fewer or none, should be applied to Trump’s tweets alleging election fraud, as if the public is too stupid to make its own assessment. Sen. Richard Blumenthal argued that Twitter and Facebook should be ratcheting up their censorship of certain conservative outlets, such as Breitbart, because of its “incendiary” content. For Blumenthal, “incendiary,” of course, is just a synonym for “conservative.”

If you’re a Democrat, doesn’t it bother you that your party’s leaders want to muzzle conservative expression instead of allowing it to be vetted in the marketplace of ideas? Don’t you see the “1984”-ish smell of their news-speak? Is advancing your policy agenda worth the suppression of opposing ideas? You’ve effectively transported book burning into the digital age.

I dare say, you won’t find many examples of conservatives suppressing liberal speech. They’ll dispute and sometimes ridicule it, but they will not ban it from their platforms or their publications. You don’t find conservatives canceling people because of their different political views. You don’t see conservative institutions banning Democratic officials the way Harvard students advocate the banning of Trump officials from their campus.

The left will never run out of specious arguments to suppress conservative speech, but even if it were correct in its depictions of our speech, which it most emphatically is not, its move to silence its political opponents is far more dangerous to the republic than any ideas it seeks to suppress.

If this censorship train continues down the track, Democrats will eventually find that they’re not going to be protected from the tyrannical juggernaut they have enabled, and that the culture and society they’ve unleashed will ultimately come for them, too, just like the French revolutionaries finally turned on Robespierre.