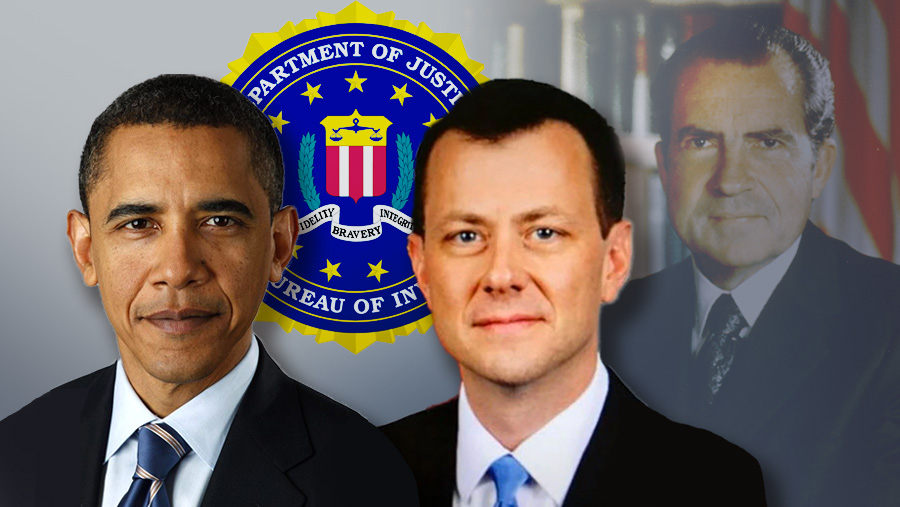 Most of the media is focused on various aspects of the continuing saga of the Wuhan coronavirus. However, I think they intentionally tried to ignore the biggest political story of the year and in my lifetime.

With the release of long-sought after federal documents related to the Russia collusion story, we now know with certainty what many of us suspected. At the highest levels of government — not only the FBI Director, the CIA Director, the Attorney General, the National Security Advisor, but the Vice President, the chief of staff of the President, and most likely President Obama himself — there was a concentrated, coordinated attempt to prevent the election of Donald Trump and after his election — and even after his swearing in — to stage what amounted to a coup d’etat against the elected President of the United States.

It turns out, it wasn’t the Russians we needed to be worried about meddling in our elections — it was the highest-ranking law enforcement and intelligence officials in our land. Not foot soldiers carried away with sophomoric ambition, but those placed in leadership positions of authority to direct the full power of the United States against their President. And frankly, to strip you the voter of the integrity of your vote and destroy the entire electoral system.

I don’t say these things lightly. We now know that the decision to expose and to frame decorated Lt. General Michael Flynn, a 33 year veteran of combat was known by Vice President Biden, CIA Director John Brennan, Director of National Intelligence James Clapper, FBI Director James Comey, and numerous others. And they knew that the clandestine efforts to entrap Flynn and destroy Donald Trump were more than unethical, but flagrantly illegal.

Let’s gather them at Gitmo and give them years to reflect on their betrayal of trust and treason to their country. Yes, those are strong words. But I choose them deliberately.

It was current Director of National Intelligence Ric Grenell who did what should have been done 3 years ago. He declassified the documents and made them public.

On the very day they were released, Joe Biden denied knowing about them on Good Morning America. When pressed, hepretended he didn’t understand the question, before finally admitting that he did in fact know about the efforts to “unmask” General Flynn. Now granted, given Joe Biden’s penchant for speaking in a way that sounds like chopped word salad, maybe he didn’t understand the question, but he sure did as Vice President.

They Lied Under Oath!

Here’s what we now can say with certainly: James Clapper, John Brennan, James Comey, and others lied to Congress under oath. Congressman Adam Schiff of California, who said repeatedly that he had 100% solid evidence that President Trump colluded with Russia, was 100% lying about it.

How do we know? Because not even during the $35 million Mueller witch hunt was a shred of such evidence found. And if Schiff had such, he would have produced it to the media he adores so much — or would have brought it up during the sham impeachment process. He never did, because he never had any evidence. Equally disgusting is that the media played right along and never demanded to see his evidence. They just repeated his outrageous lies, and ignored the truth when it slapped them in the face.

Your country has been turned upside down by being shut down over a deadly virus. But we can recover from a disease with discoveries of vaccines and cures. What we can’t recover from is having dirty rotten scoundrels elevated to the highest levels of our government, placed in positions of trust who then use your tax money to stage an attempted coup, and then to put forth a full-scale cover-up by a calculated and cynical campaign of lies, misinformation, and destruction of the lives of patriots not to mention showing their contempt for the Constitution.

I think the taxpayers ought to fund one more get together of those who did this. A reunion of sorts. Let’s gather them at Gitmo and give them years to reflect on their betrayal of trust and treason to their country. Yes, those are strong words. But I choose them deliberately. The damage to our great Republic is severe. And those who did it should be held accountable. And it needs to happen NOW!