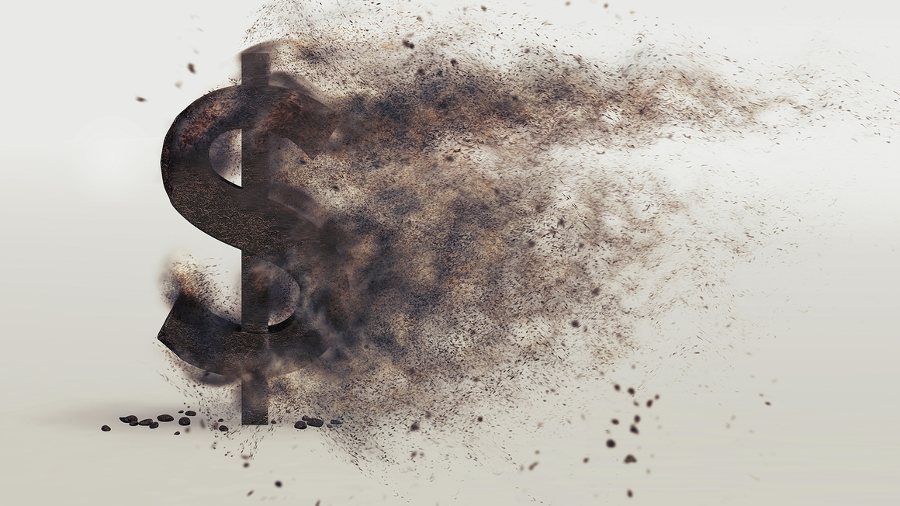 Larry Summers served as secretary of the Treasury, director of the National Economic Council, and president of Harvard University. He is not a dumb man. He is a liberal Democrat with a Democrat’s understanding of economic policy.

(W)hile there are enormous uncertainties, there is a chance that macroeconomic stimulus on a scale closer to World War II levels than normal recession levels will set off inflationary pressures of a kind we have not seen in a generation, with consequences for the value of the dollar and financial stability. This will be manageable if monetary and fiscal policy can be rapidly adjusted to address the problem. But given the commitments the Fed has made, administration officials’ dismissal of even the possibility of inflation, and the difficulties in mobilizing congressional support for tax increases or spending cuts, there is the risk of inflation expectations rising sharply.

Summers noted that unemployment was already falling, unlike in 2009 when then-President Barack Obama put forward a big stimulus bill. Additionally, the Biden plan poured much more money into the economy at one time. As Summers pointed out, under the Biden plan, “if the breadwinner were laid off, the family’s income over the next six months would likely exceed $30,000 as a result of regular unemployment insurance, the $400-a-week special unemployment insurance benefit and tax credits.” In other words, an unemployed person would take home more money than an employed person with a pretax income of $1,000 a week. That was economically destabilizing.

The Biden team rejected Summers’ warnings. Summers, though liberal, is not a radical progressive and has long rejected the progressives’ new economic proposal called Modern Monetary Theory as magical thinking. The theory argues that while inflation is real, big economies can keep printing money without worrying about inflation. It is untried and untested, and we have lessons on inflation going back to instances of Roman emperors making too many coins and thereby causing inflation. When a country makes too much currency, it causes prices to rise.

This is bond market parlance. Normally, a longer-term bond will generate higher yields over time than a short-term bond because there is more risk in the future and investors are rewarded for taking the risk. But in the last day, shorter term bonds began generating higher yields than longer term bonds. Historically, this foreshadows a recession. In fact, every major recession the nation has had in the last 40 years has been preceded by inverted yield curves. For the first time since 2006, the 30-year Treasury bond now yields less than the five-year Treasury bond. That 2006 inversion signaled the 2008 financial meltdown.

Concurrently, the Federal Reserve continues to increase interest rates. Several more rate increases are expected this year. During economic recessions, the Fed tends to cut rates. But the Fed must raise rates to combat inflation. Without raising rates, inflation will continue. Raising rates will provoke recessionary impacts as our economy slows.

All of this was foreseeable. The moment the Biden team decided to ignore their top economic experts to buy their way out of COVID-19, they were destined to see this happen. Over the next year, as a recession draws nearer, the Biden team will blame everyone else and everything else. But they were warned early on they were pushing too big a plan. They dismissed those concerns, largely because of their own hubris. They wanted to chart a new path with new economic theory.

The Biden administration is going to make the Carter administration look like a success. They will return us to stagflation. In November of 2022, Republicans will take back Congress because of the economic malaise and in November of 2024, Biden increases the chances of a Republican return to the White House because his team chose arrogance instead of humility as they entered office.