Elizabeth Holmes is not a tyrant. But her inability to see the reality around her helps us understand how tyrants are made. 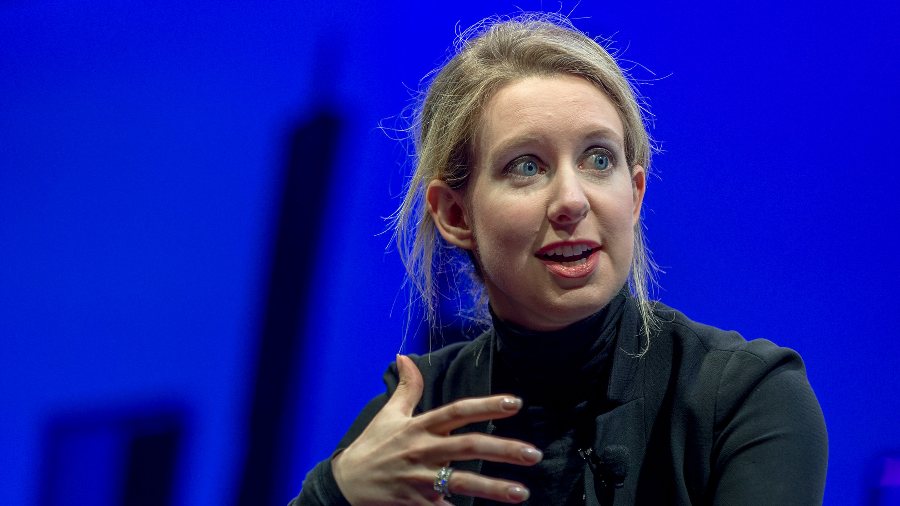 The rise and fall of Theranos founder Elizabeth Holmes finally came to an end Monday. A jury found the tech icon guilty of conspiracy to defraud investors, as well as guilty on three counts of wire fraud.

Few in history have risen faster — or fallen harder — than the 37-year-old entrepreneur who built her multi-billion dollar company after dropping out of Stanford University in 2003 when she was just 19.

Once widely hailed as the next Thomas Edison or Steve Jobs, Holmes, who was found not guilty on several related charges by a jury that failed to reach a verdict on some charges, now faces the real prospect of extended time behind bars.

CNN reports that Holmes, whose trial had dragged on for months, faces 20 years in prison for each count, as well as fines and restitution. Holmes’ fate now hangs with U.S. District Judge Edward Davila, who will preside over her sentencing.

Holmes’ rise was meteoric. Though she knew little about engineering and even less about medicine, she attracted to her venture some of the richest investors in the world on the promise of revolutionizing blood work — including Rupert Murdoch, Larry Ellison, Tim Draper, and Walgreens, the second largest pharmacy chain in America. Theranos’ board of directors was eminent. It included two former U.S. Secretaries of State (Henry Kissinger and George Shultz), a four-star general (Jim “Mad Dog” Mattis), and the attorney who represented Al Gore in Bush v. Gore (David Boies).

By the time Holmes moved Theranos to Stanford University’s research park in the fall of 2014, the company employed 800 people and was valued at nearly $10 billion. Holmes was chummy with some of the most prominent politicians in the world and was doing speaking engagements with Joe Biden and Bill Clinton.

Less than five years later, however, Theranos was bankrupt. The company was worth less than $0 and Holmes and Theranos president Sunny Balwani — her lover — were facing federal charges of fraud for allegedly “raising more than $700 million from investors through an elaborate, years-long fraud in which they exaggerated or made false statements about the company’s technology, business, and financial performance.”

During Holmes’ trial, my wife and I watched the HBO documentary The Inventor: Out for Blood in Silicon Valley, which details the stunning story.

There are many takeaways from the film, which I encourage readers to watch. One is struck by how easily Holmes was able to dupe some of the brightest and most successful people on the planet, especially older men. When a journalist asked “Mad Dog” Mattis what first came to mind with Holmes, he didn’t hesitate.

Among the journalists conned by Holmes — and they were legion — was Roger Parloff, a respected writer educated at Harvard and Yale who wrote a glowing cover story of Holmes in Fortune magazine. Little did Parloff know that Holmes, when she couldn’t dodge the questions Parloff asked, simply lied to him. This tactic served her well until she ran up against Wall Street Journal reporter John Carreyrou who had the benefit of a Theranos whistleblower. With a credible source and a powerful newspaper behind him that refused to be intimidated by Holmes’ team of lawyers, Carreyrou quickly blew the Theranos story wide open.

One of the reasons Holmes was able to successfully dupe so many was her self-confidence and physical presence. Her piercing blue eyes, bright red lipstick, and mane of blonde hair made her striking in her own right, but the Jobsian black turtlenecks, baritone voice (an act), and cool demeanor seemed to give her a svengali-like quality over many people. For some, the comparisons to Jobs and Edison fell short; she was the next Beethoven.

Some simply could not believe Holmes was a liar. The late Secretary of State George Shultz believed Holmes over his own grandson, the very Theranos employee who became Carreyrou’s source.

Holmes may have had an additional benefit, however, in how she was able to fool so many people around her. She may not have been aware she was lying.

When the Lie Detector Stops Working

Dan Ariely, an Israeli-American behavioral economist at Duke University who appeared in Out for Blood, was one of several people interviewed who suggested Holmes may have rationalized her actions and convinced herself she was telling the truth. (As George Costanza slyly tells Jerry in a Seinfeld episode, ”It’s not a lie if you believe it.”)

Ariely cited an experiment he and his colleagues conducted involving a six-sided die.

In one experiment, they had participants roll for a monetary reward corresponding to the number on the die. If the die landed on the number 4, the individual was paid $4; if they rolled a 6, they’d receive $6. Before rolling, however, participants were asked to decide which side of the die — bottom or top — determined the dollar amount they’d receive. Participants were told to not tell the researchers their choice, but to mark this on a piece of paper. Essentially, participants could make more money by simply lying — and that’s what many did.

His experiment did not end there, however. Ariely conducted the same experiment, but with people connected to a lie detector. Did people still cheat? Yes, and the lie detector confirms this. (Not always and not perfectly, Ariely concedes.) But the real twist comes when researchers conducted the same experiment but told participants the money they earn will be donated to a charity of their choice.

Watching Out for Blood, it’s clear that Holmes is a pathological liar. Time and again it’s shown her machines can’t do what she claims. The highly-touted “Edison” she guarded with CIA-like secrecy proved to be a diagnostic disaster, which forced Theranos to rely on commercial technology to perform blood testing, something she denied over and over.

What also is clear is that Holmes believed she was doing something extraordinary and something good. Her invention was going to revolutionize medicine and save lives. When asked (prior to her downfall) by an interviewer what she dreamed, Holmes appeared genuine in her response.

“That less people have to say goodbye too soon to people they love,” she answers.

Ken Auletta, a writer who interviewed Holmes in 2014 for a New Yorker article, said he believes Holmes is incapable of seeing herself as a liar or swindler because she rationalized her actions.

“I wish I could say to her, ‘Elizabeth, I’m going to give you a truth serum, and you’re going to tell me what was going through your mind at that time.’ The question becomes, do we believe she’d say ‘I knowingly lied.’ I have a hard time imagining her saying that,” Auletta said. “She’s a zealot. And a zealot is such a true believer in what they’re doing that they are blind to the reality of what’s happening.”

There is a term for what Auletta describes: cognitive dissonance.

All humans are capable of experiencing cognitive dissonance, but some are more prone to the condition than others. Zealots are one example, and Ariely’s research helps us understand why. If people fervently believe their cause is good, they are going to be more inclined to dismiss realities that conflict with their ideas or interfere with the realization of their goals.

I’ve previously suggested that cognitive dissonance helps explain why socialists can’t accept the idea that socialism doesn’t work. And, once again, Ariely’s dice experiment can perhaps help us understand why.

The tension humans feel over doing something wrong — such as lying — can vanish if we believe what we’re doing is serving a greater good. The action itself might be wrong, even vile; but if it’s being done for a noble enough reason — more equality, health care for all, poverty alleviation, eradication of a dangerous group — humans are less likely to feel tension over an immoral action and are more likely to rationalize it. They’ll also be less likely to see evidence that shows their idea is not working.

The Greater Good: How Tyrants Are Made

As difficult as it may be to believe, the horrors of the 20th century that saw 100 million killed under collectivist regimes did not begin as plans to commit genocide and mass famine; they began as plans to build a better world. The same can be said of places like North Korea and Venezuela today. The mistake was believing that the noble ends pursued justified the vile means used.

Millions died under the murderous Khmer Rouge regime, but in a 1979 interview its leader Pol Pot explained their goal was simply “to provide an affluent life for the people. There were mistakes made in carrying it out.” Hitler may have been a genocidal maniac, but he died believing his greatest mistake was that he had “been so kind.”

This is the danger of pursuing “the greater good,” and it helps explain why the French philosopher Bertrand de Jouvenel warned that tyranny lurks “in the womb of every Utopia.”

Elizabeth Holmes is not a tyrant. But her inability to see the reality around her helps us understand how tyrants are made.