The Baby on Death Row 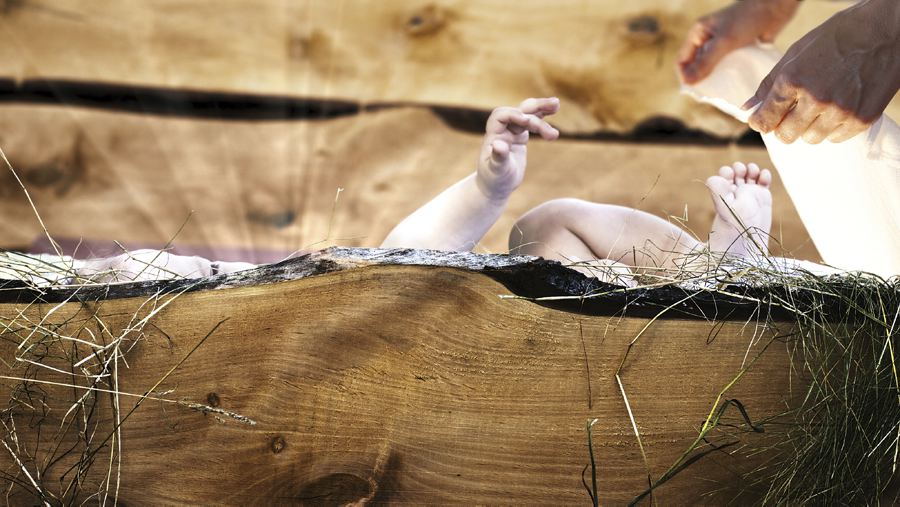 Now is my soul troubled. And what shall I say? ‘Father, save me from this hour’? But for this purpose I have come to this hour. (John 12:27)

Separate Calvary from Bethlehem and you rob nativity scenes of their essential glory. He came, yes. But He came to die.

God Incarnate’s presence among man for any reason should cause shepherds and wise men (and us) to kneel. The benefit of His teaching, miracles, and demonstrated love are also terrific reasons to celebrate His coming. But let’s not air brush the main reason it all happened, the one He remembered with the disturbed emotions recorded in John 12:27 above, soon to evolve into a psychological agony producing bloody sweat drops. (Luke 22:44)

Bethlehem was the first stop on death row. His 33 years of earthly existence were lived under the shadow of impending execution, and He knew it all along.

I say “all along” a bit loosely, because it’s not certain that the newborn Baby had full awareness of who He was or why He’d come. But as a boy, He grew in wisdom (Luke 2:52) coming into acute self-awareness by the time he was 12. So acute, in fact, that by then Temple leaders were amazed at His doctrinal acumen, and He Himself recognized God as His Father, and His life as having specific purposes. (Luke 2:42-47)

So it’s a pretty safe bet that, realizing God had business for Him to do, He also realized what the end of that business would be.

Now let’s compare ourselves to Jesus. That’s always instructive. When I know something hard is coming up, I can think of little else. I dread the difficulty, ignore almost everything unrelated to it, and tend to be obsessed with it until it finally comes and goes.

Now look at Jesus for comparison, and every minute of His life from manger to cross seems amazing. Because everything He did in His earthly ministry — every kind word, every healing, every sermon — was done with full knowledge of His future indescribable suffering.

He knew He’d be humiliated, an experience we dread more than we normally realize or admit. Think about your worst life experiences, in fact, and I’ll bet part of what made them so horrible was an element of humiliation. It’s the horror that goes with being bullied, ridiculed, shamed, and naked in front of mockers. His humiliation would, He knew, be complete, right down to full public nakedness and cruel taunting.

If humiliation is nightmarish for sinful creatures like us, stretch as well as you can to imagine what it would like for omnipotent, eternal, perfect God.

He also knew He’d be tortured. Now, most of us who’ve considered the possibility of dying for the faith will admit that death, while undesirable, isn’t the potential martyr’s boogieman. It’s torture. We’re unlikely to ever face it, but considering the numbers of believers worldwide who do, who knows? So we pray for grace and power completely beyond our own to endure without compromise, should that ultimate cost ever be required of us. But whatever we might face in the worst-case scenario is unlikely to approach His scenario.

Crucifixion was a masterpiece in sadism, and God only knows what sort of mind conceived it. Regardless, nails through His muscle, bone, and sinew, driven there after most of His back had been ripped off from scourging, were a certain part of His future, known to Him years before they were faced.

But the worst of it all, I’m convinced, was largely unseen. He became sin who had never known sin (II Corinthians 5:21), tasting what He could not tolerate as a Holy God. Yet He would now both carry and be sin. What it was like for God Himself to actually know sin firsthand is as impossible for us to conceive as the concept of forever. We can scratch at it a bit; that’s about as good as it’s going to get.

He knew it, though, and He lived His life fully in anticipation of it all, the joy of the outcome outweighing the misery. (Hebrews 12:2) So with awareness of a horrendous ordeal looming always in front of him, He celebrated marriages, blessed kids, defended sinners, trained apostles, preached, and taught.

Even near the end, those last awful hours when, like condemned men who know the chamber is waiting for them and there’s scant time left, He stayed fully committed to the well-being of the people He loved. Look again at John 14-17, chapters detailing His words and attitude towards the disciples, and remember He knew what was about to happen. He passionately encouraged and comforted His own knowing the cross was coming.

That’s why Gloria needs to be sung with the entire Gospel story, not just the Christmas segment, in mind. That’s what makes Bethlehem glow brighter. That’s when the Ahhh of cooing over the Baby becomes the Awe of worshipping the Infant Sacrificial Lamb in a wonder the angels must have shared when they, too, came to adore Him.

This core of the Good News has to be taken into account if we’re to celebrate the season rightly. And in doing so, we can accept that not everything about Christmas is pretty. Some of it’s lovely, some of it mysterious, some of it gritty and even bleak.

But all of it, without exception or qualification, is glorious.