The Art of the China Trade Deal 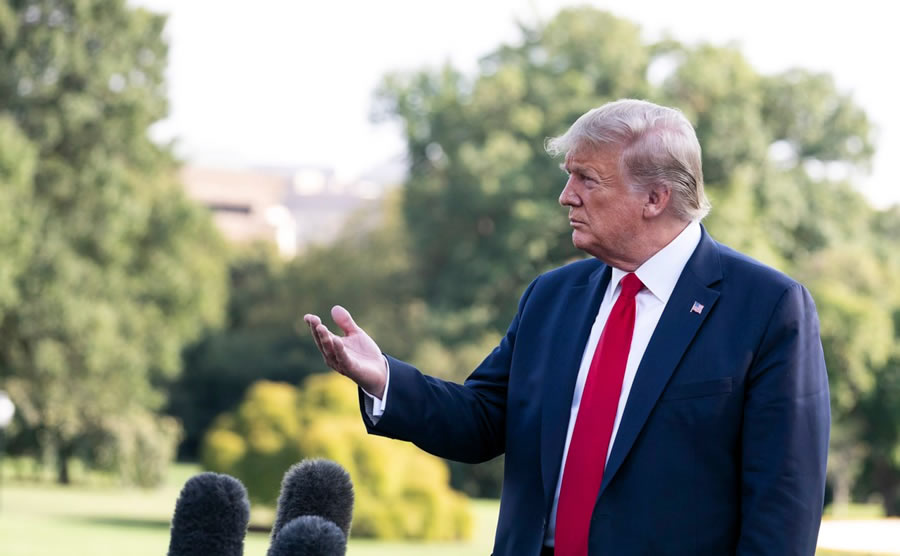 President Donald Trump talks to members of the press on the South Lawn of the White House Monday, Sept. 16, 2019, prior to boarding Marine One to begin his trip to New Mexico.

It’s always fun to watch an expert at work. And Trump is putting on a masterful show as he outmaneuvers China in the ongoing trade negotiations.

Unlike his recent predecessors, President Trump has confronted China’s abusive trade practices head-on. He refuses to tolerate their exploitation of American workers and businesses merely to avoid upsetting the globalist apple cart. Throughout the ongoing chess match, the President has repeatedly demonstrated the qualities that made him a consummate deal-maker in the business world. In doing so, he has validated the expectations that so many Americans had when they voted to send him to Washington in 2016.

Trump has demonstrated that he knows when to be tough — as he has been with his strategic counter-tariffs — and when to extend a friendly hand. Since the U.S.-China trade talks opened, he has made both grand professions of friendship towards China and harsh criticisms of Chinese leadership. He carefully manages expectations so that Beijing knows he’s serious about achieving a trade deal, but only one that secures a level playing field.

Throughout all of this, Trump’s critics have predicted that standing up to China would lead to imminent economic collapse, national humiliation, and certain electoral defeat. But he has drowned out the noise and stayed the course, committed to securing a historic trade deal that will define the 21st century.

Whenever talks have appeared to reach a standstill, the President has skillfully brought China back to the table. Just recently, as a “gesture of good will” ahead of China’s upcoming anniversary celebrations, Trump pushed back scheduled tariffs by two weeks in response to a request from China’s Vice Premier and chief trade negotiator, Liu He.

President Trump understood that the symbolic weight of the 70th anniversary of the People’s Republic of China created an opportunity to demonstrate America’s capacity for benevolence. And he used that opening to maximum advantage. As we approach the next round of talks, such displays of generosity are integral to Trump’s strategy of showing Beijing what it has to gain from a genuinely fair trade deal with the U.S. Our existing counter-tariffs will serve to remind China’s leaders of what their country has to lose if they continue to engage in trade practices that cheat the American people.

Trump’s negotiating prowess has served him well in other negotiations, as well, allowing him to score big wins with Mexico, Canada, the European Union, South Korea and Japan.

On the domestic front, however, Democrats insist on obstructing the President’s agenda at every turn, even forfeiting their own policy goals to deny him political victories. The U.S.-Mexico-Canada Agreement that Trump negotiated to replace NAFTA, for instance, has been languishing for months because House Speaker Nancy Pelosi refuses to bring the measure to a vote.

On the rare occasions when congressional Democrats have been willing to work with the President, the results have proven spectacular. The historic FIRST STEP Act, for instance, achieved major criminal justice reforms that had eluded politicians from both parties for decades.

Trump has faced far tougher negotiators than Nancy Pelosi. He knows that it’s sometimes better to abstain from talks with someone who doesn’t want any deal than to seek them out for a bad one.

But on other bipartisan issues, Democrats have refused to even hold talks. Even when Trump has invited Democratic leaders to the White House for face-to-face negotiations, they’ve been more interested in putting on a public relations spectacle than in putting their shoulder to the wheel and getting things done.

The President has voiced willingness to work with the Democrats on gun control, immigration reform, infrastructure and health care policy. But on each of those issues, the Democrats have decided that obstruction better serves their political interests.

That’s no way to negotiate, but Trump has faced far tougher negotiators than Nancy Pelosi. He knows that it’s sometimes better to abstain from talks with someone who doesn’t want any deal than to seek them out for a bad one. As we watch the President continue to negotiate circles around Beijing, we can be confident that this deal-maker knows what he’s doing.

Ken Blackwell on the Board of Directors of the National Taxpayers Union.