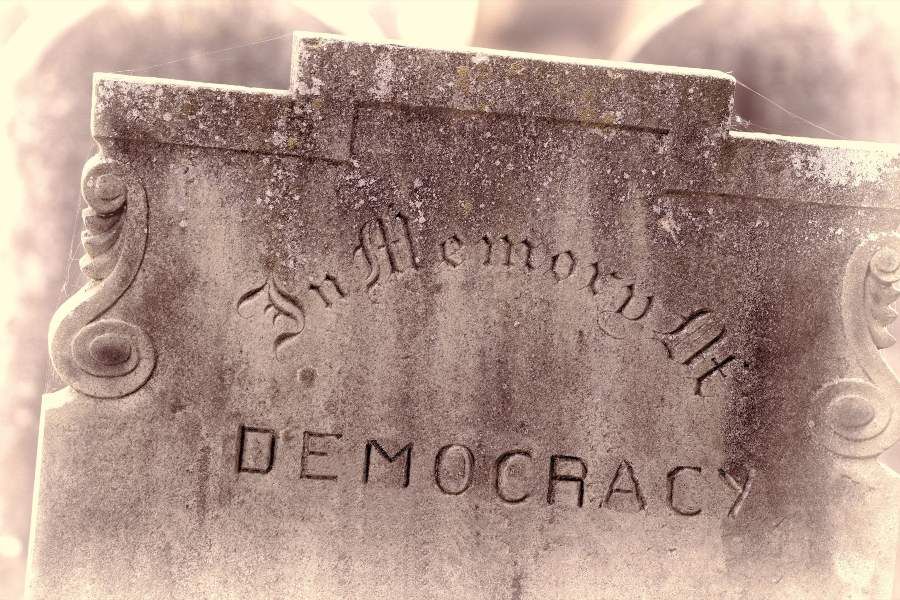 The American press corps has been on a tear over the past year about the death of democracy. They share the talking point with Democrats. In the runup to and aftermath of Jan. 6, 2021, pretty much every news outlet has lamented Republican lies, disinformation, misinformation and assaults on democracy.

What the press refuses to acknowledge is their complicity in that death. When anyone suggests it, the press gets defensive and demands a naming of names. The press views itself as above the fray and while individual reporters may play a role, collectively the press thinks itself the champion of democracy and freedom. Unfortunately, the press corps’ collective elitism and lack of both self-awareness and self-reflection is dragging our republic into the grave.

Ruth Marcus, editor of the Washington Post editorial page and a serial Cassandra about the state of American democracy, used Totenberg’s reporting to amplify her own criticisms of Gorsuch maskless at a recent hearing. Marcus failed to note other justices took off their masks during the hearing to ask questions. Sotomayor participated by phone.

CNBC and MSNBC both ran stories about Totenberg’s report. “When something like this bleeds over, and this reporting from Nina Totenberg is just replete with different instances of discord on the Court, that tells you what’s going on in reality is probably a whole lot worse,” Joyce Vance commented on MSNBC about Gorsuch. MSNBC’s Chris Hayes repeated the story, as did other MSNBC employees including Mehdi Hasan, Kyle Griffin and Joy Reid.

USA Today, Business Insider, Yahoo News and New York magazine all ran with Totenberg’s story. The Daily Beast, Newsweek, Al-Jazeera, and other outlets did too. CNN’s Jim Sciutto and Ed Lavandera circulated the story. Politico’s Jonathan Lemire did too. NPR’s David Gura backed up his colleague Nina Totenberg. Jemele Hill at the Atlantic; Jamelle Bouie at the New York Times; Eddie Glaude, a serial television talking head; Elie Mystal, the “justice” correspondent for The Nation, and others all weighed in.

Later that day, Roberts himself said Totenberg’s story was false. Many of the very same reporters and pundits referenced above have failed to retract their statements. NPR stands by Totenberg’s report.

The second story happened a few hours after Roberts’ statement. President Joe Biden held a press conference and claimed if his election reforms did not pass Congress, he could not guarantee the upcoming November election would be legitimate. Much of the press corps that has screamed about the Republicans’ “stolen election” nonsense have either been quiet or given license to Biden’s claims. MSNBC is already a hotbed of “end of democracy” nonsense.

An Edelman survey of 30,000 people shows trust in the media has cratered more than trust in any other institution. Too few in the press are willing to be self-reflective on that. In so doing, they are complicit in democracy’s death.