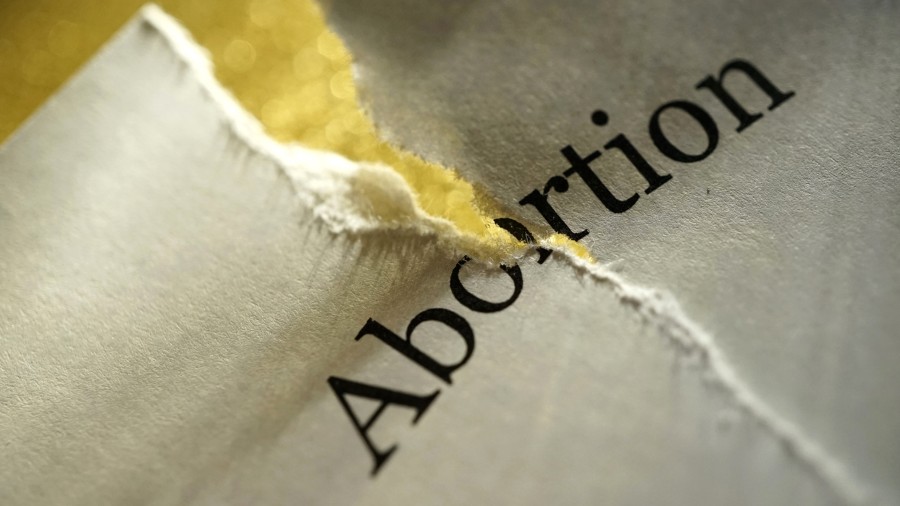 As the debate over abortion rages, with the Supreme Court poised to possibly overturn Roe v. Wade, the 1973 pro-abortion ruling, I find myself wondering: How can anybody claim that God is in favor of abortion? But some do. Or how can they claim that the issue is important, but not really that important?

Francis X. Rocca wrote for The Wall Street Journal (6/13/22) on the ongoing split between Catholic bishops on the issue of “Abortion Politics.” The issue is: Should Catholic politicians who are strongly pro-abortion, such as Nancy Pelosi, nonetheless receive Communion?

Archbishop Salvatore Cordileone of San Francisco thinks Pelosi should not receive it. As Bishop Michael Barber of Oakland puts it, “because it’s really not about Communion, it’s about abortion, the killing of a child in its mother’s womb.”

In contrast, Bishop Robert McElroy of San Diego claims also to oppose abortion, but his view (as characterized by Barber) seems to be, that “it’s not wrong enough that you need say or do anything about it or interact with the politicians who are publically promoting it.”

This debate is not among Catholics alone. A few weeks ago the Associated Press (5/20/22) wrote an article highlighting professing Christian leaders who claimed their faith demanded that they support abortion.

They quote Kendra Cotton of the Black Southern Women’s Collective: “We know that Christianity supports freedom, and inherent in freedom is bodily autonomy. Inherent in Christianity is free will. When people talk about the body being a temple of God, you have purview over your body, there is nothing more sacred.” Than what — being able to abort your own baby?

Obviously, what is ignored here is the sacred nature of the unborn child created in the image of God. In Psalm 139, David describes how we are “fearfully and wonderfully made,” even in utero: “You knitted me together in my mother’s womb.”

“Thou shalt do no murder” is the 6th Commandment. That directly applies to abortion, the deliberate taking of a human life, albeit in the womb (hidden from view).

Meanwhile, it would seem that the vast majority of Christian leaders in the conservative denominations are clearly opposed to abortion — thankfully.

And why shouldn’t they be? We know more today, scientifically, about the humanity of the unborn baby than the Supreme Court did in 1973, when they gave us Roe v. Wade.

From Planned Parenthood to Pro-Life

When women see a sonogram of the unborn, they often become pro-life.

Abby Johnson, author (with Cindy Lambert) of the book, Unplanned, was the Planned Parenthood Employee of the Year in the late 1990s. The very next year, at her own clinic for which she served as the manager, she quit shortly after witnessing the sonogram of a 15-week old preborn child being aborted. The poor kid didn’t have a chance.

Today pro-life Abby helps medical workers transition out of the abortion industry into other jobs through her outreach, And Then There Were None.

Other Excuses for Abortion

Another commandment is that we are not to tell lies. But we often forget that Roe v. Wade was built on a series of lies, e.g., that “Jane Roe” was raped. She was not. Well, if you favor killing unborn babies, why would you have a problem telling lies?

Another commandment forbids adultery. Sometimes abortions are committed to cover up the sin of adultery. Abortion could be viewed as violating at least three of the Ten Commandments.

When Lincoln delivered his Second Inaugural Address, he brought out the issue of God and slavery. Speaking about the two sides in the Civil War, he said, “Both read the same Bible and pray to the same God and each invokes His aid against the other. It may seem strange that any men should dare to ask a just God’s assistance in wringing their bread from the sweat of other men’s faces but let us judge not that we be not judged.”

He goes on to point out, “The prayers of both could not be answered — that of neither has been answered fully. The Almighty has His own purposes. ‘Woe unto the world because of offenses for it must needs be that offenses come but woe to that man by whom the offense cometh.’”

An Act of Violence

And we would ask today: How can any true Christian accept the direct violence of dismembering an unborn child simply because the mother has been deceived to think this is her only choice in the matter?

Every abortion is an act of violence no matter how sterile it may be presented in the media. Lila Rose of Live Action has documented that violence.

Those who claim God is on the side of the abortionist are not only supporting a terrible evil; but they are likely violating the Third Commandment by taking the name of the Lord God in vain.