Thanksgiving on the Chopping Block 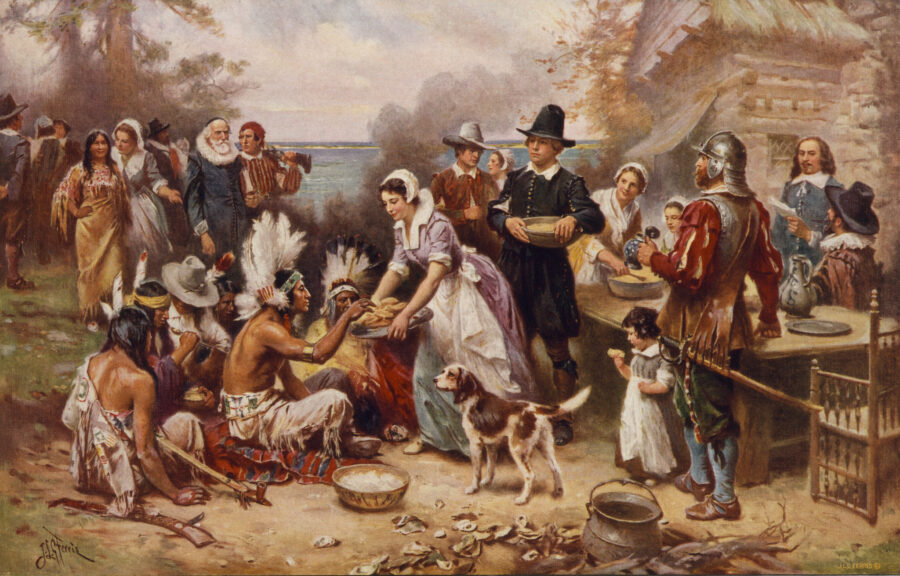 The left seems to be dismantling Western Civilization, and in particular Christian contributions to it, one step at a time. Now, Thanksgiving, a wonderful American holiday, is on the chopping block among some.

For example, Campus Reform reports: “University of Alaska Southeast (UAS) removed ‘Thanksgiving Closure’ from its calendar in place of ‘Fall Break’ at the alleged urging of a university professor.”

It was a professor of Alaska Native Languages. He wrote, “We are not a white Christian organization, we are a university.” He said it was time for “decolonizing Thanksgiving.”

The school agreed with him and sent out this talking point: “We believe that University breaks should respect all peoples…We used to have Christmas Break and Easter Break but changed those many years ago to Winter break and Spring Break.”

This is not uncommon today. Foxnews.com reports (11/21/22) that many schools and media sources are trying to erase Thanksgiving because of woke ideology.

They state: “This week, millions of Americans will be celebrating Thanksgiving with family and friends, eating a good meal and watching football. But a creeping vilification of the popular holiday has spread across media outlets and schools, claiming that Thanksgiving is about ‘genocide’ and ‘imperialism.’”

The article quotes a Native American activist who said on MSNBC last year: “Instead of bringing stuffing and biscuits, those settlers brought genocide and violence.”

The First Thanksgiving Was About Breaking Bread in Harmony

This common talking point among the left isn’t true — but that doesn’t seem to stop the woke from constantly using it. It’s ironic because Thanksgiving shows what happened when people of different cultures sit down and celebrate together. The left always pretends to celebrate diversity. But the original Thanksgiving, which they hate, was a celebration involving true diversity.

In my film for Providence Forum, The Pilgrims, we feature some guests who showed how the original Thanksgiving celebration in 1621 in Plymouth, Massachusetts provided a good example of people with different backgrounds and cultures breaking bread in harmony.

One guest was William Wrestling Brewster, the great-grandson (by nine generations) of Elder William Brewster, who was the de facto pastor of the Pilgrims in Plymouth.

Brewster the younger said of those early days in Plymouth: “There’s really three entities. There’s the Pilgrims, there’s the Strangers, and then there’s the Native Americans. And they needed to learn how to get along and in a cohesive nature when they came here.”

The Strangers were hired hands of the Pilgrims. They were Englishmen who were sympathetic to the idea of a Bible-based colony, but they weren’t directly a part of the Pilgrim congregation. Two very famous Strangers were Miles Standish, their armed guard, and John Alden, the barrel-maker.

Even after a devastating winter in which half of their number had died, by the time of harvest in the fall of 1621, the permanency of the Plymouth settlement was becoming clear. So the Pilgrims set aside time to thank God for His help. And they invited their new friends, the Indians, to celebrate with them. Earlier the Pilgrims and Indians had made a treaty of peace that would last more than half a century.

The Pilgrims and Native Americans Got Along

In later eras, European settlers, as well as Americans, mistreated Native-Americans in grave miscarriages of justice. But in doing so, they were not at all following the example of the Pilgrims.

Falling added, “It’s hard today to find a ‘sweat’ where, as a Native American, you can go inside and smoke out your sins; but it’s easy to find Native Americans in any congregation in the United States, worshiping the Lord Jesus Christ because of the Europeans. And I thank God for that.”

George Washington was the president to declare a national day of Thanksgiving, in which he said, “[I]t is the duty of all nations to acknowledge the Providence of Almighty God, to obey His will, to be grateful for His benefits, and humbly to implore His protection and favor.”

President Lincoln made Thanksgiving an annual holiday — during the bleak days of the Civil War.

Thanksgiving is a rich American holiday and should not be jettisoned because of today’s politically correct professors and media pundits.

Jerry Newcombe, D.Min., is the executive director of the Providence Forum, an outreach of D. James Kennedy Ministries, where Jerry also serves as senior producer and an on-air contributor. He has written/co-written 33 books, including George Washington’s Sacred Fire (with Providence Forum founder Peter Lillback, Ph.D.) and What If Jesus Had Never Been Born? (with D. James Kennedy, Ph.D.). www.providenceforum.orgwww.djkm.org

Thanksgiving and a Day of Prayer