Here’s How Thanksgiving Day Started As A Christian Holiday 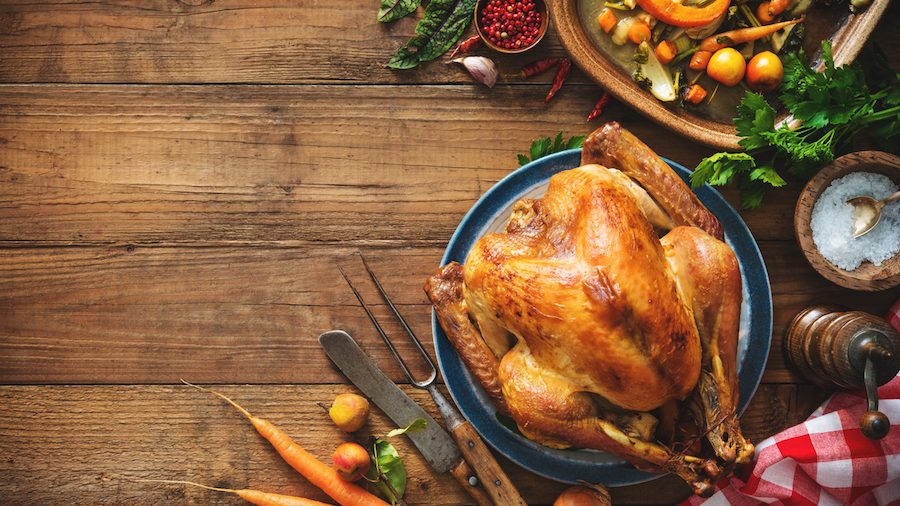 Thanksgiving, though perceived today as a general American celebration of abundance, is a distinctly Christian observance with divergent roots in both Catholicism and Calvinist separatism.

Families of different creeds and worldviews will gather Thursday over indulgent feasts across the U.S. to celebrate familial bonds and the provisions for which they can be thankful as Americans. The original intent of Thanksgiving, however, centered not only on celebration of abundance but primarily on worship of the divine giver – the Christian God whom the original settlers of what is now the U.S. believed provided for their survival, ensured the success of their enterprises, and divinely affirmed the righteousness of their causes.

Here is how Catholic colonialism and the plight of Calvinist separatists made a Christian act of worship an American holiday.

Popular thought places the first Thanksgiving in the year 1621 and conjures images of Squanto and a feast shared by Puritan pilgrims and Native Americans. That notion is correct in a way, as the remembrance of that occasion later gave rise to the official Thanksgiving holiday. The first feasts of thanksgiving celebrated on what is now American soil, however, were technically initiated by Spanish Catholic colonists in the preceding century.
Please Support The Stream: Equipping Christians to Think Clearly About the Political, Economic and Moral Issues of Our Day.

Spanish explorer Don Pedro Menendez de Aviles first set foot on what is now Florida on Sept. 8, 1565, along with 800 Spanish Catholic settlers. He named the area St. Augustine to honor the saint upon whose feast day, Aug. 28, Menendez first sighted the land. The Timucua tribe greeted Menendez and the Catholic settlers on the shore in peace that day, and so the Spanish held a Mass of Thanksgiving and a subsequent feast with the Timucua – the first Catholic Mass and the first Thanksgiving feast celebrated on American soil, according to the Jacksonville Historical Society.

“It was the first community act of religion and thanksgiving in the first permanent settlement in the land,” University of Florida professor Michael Gannon wrote in “The Cross In The Sand.”

St. Augustine is now the oldest city in the U.S.

Thanksgiving at the Rio Grande

A separate Spanish expedition led by Juan de Oñate held another Thanksgiving mass and a feast with Native Americans on April 30, 1598. Juan de Oñate and an expeditionary force of 500 soldiers and colonists had endured a brutal 50-day march across the Chihuahuan Desert to the Rio Grande, during the last five days of which they ran out of food and water, forcing the group and their livestock to subsist on what moisture and roots they could dig from the ground.

The expedition reached the Rio Grande, however, and after 10 days of recuperating and hunting game, Juan de Oñate held a Mass of Thanksgiving on April 30 for God’s provision and mercy and celebrated a feast with the Pueblo Indians, who provided fish, according to the Texas Almanac. Afterward, Juan de Oñate sealed the occasion by reading La Toma, claiming the land for King Phillip II of Spain.

The land is now American soil, and Juan de Oñate’s feast of Thanksgiving to God is celebrated today in El Paso, Texas.

Puritan Pilgrims who voyaged on the Mayflower from Britain to America celebrated the historically famous Thanksgiving feast in Plymouth, Mass., in 1621. Governor William Bradford declared the feast in celebration of the pilgrims’ first successful harvest of corn, thanks to an English speaking Indian named Squanto who taught them how to cultivate the crop, and shared it with the Wampanoag Indians, with whom they forged an alliance also with the help of Squanto. This feast, like those of the Spanish explorers in the preceding century, was religious in nature.

The Pilgrims who founded the Plymouth colony were Puritan Separatists who rejected the vestiges of Catholicism in the Church of England and came to America as the Brownist emigration, later known as the pilgrims, to establish, as they saw it, a more pure and righteous Christian civilization.

Squanto, who was largely responsible for teaching the Pilgrims the necessary skills to ensure their survival, was a member of the Pawtuxet tribe who was captured and forced into slavery by an English sea captain, escaped to London with the help of Franciscans and subsequently converted to Catholicism, and traveled back to America before the Pilgrims first arrived, according to History.

Feasts of Thanksgiving to God became prevalent in the New England area, sometimes celebrated to mark the end of religious fasting during droughts, famine, or sickness. The Puritans’ legacy thrived, including the practice of Thanksgiving, made even more popular by President George Washington’s 1789 Thanksgiving Proclamation.

“Now therefore I do recommend and assign Thursday the 26th day of November next to be devoted by the People of these States to the service of that great and glorious Being, who is the beneficent Author of all the good that was, that is, or that be,” Washington wrote. “That we may then all unite in rendering unto him our sincere and humble thanks — for his kind care and protection of the People of this Country previous to their becoming a Nation — for the signal and manifold mercies, and the favorable interpositions of his Providence which we experienced in the course and conclusion of the late war.”

“They are the gracious gifts of the Most High God, who, while dealing with us in anger for our sins, hath nevertheless remembered mercy,” Lincoln wrote.

It has seemed to me fit and proper that they should be solemnly, reverently and gratefully acknowledged as with one heart and one voice by the whole American People. I do therefore invite my fellow citizens in every part of the United States, and also those who are at sea and those who are sojourning in foreign lands, to set apart and observe the last Thursday of November next, as a day of Thanksgiving and Praise to our beneficent Father who dwelleth in the Heavens.

Perceptions of Thanksgiving have evolved over the years and have, for some Americans, taken on a more secular tone. History bears witness, however, that the celebration of Thanksgiving was meant and originally declared as a act of Christian praise, for both Protestants and Catholics, to God for the blessing of life and the successes of nation and community in the midst of hardship and battle.