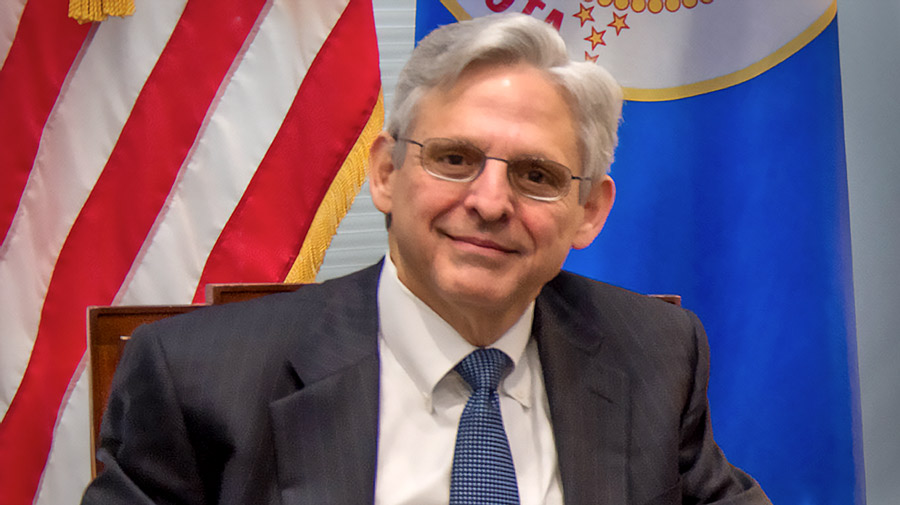 One common refrain over the weekend, in podcasts and on the radio, was that “there just isn’t anything to talk about right now!” What, are they kidding?

A Constitutional Crisis — the Federal Government and the State of Texas

Here’s a story, for example, that probably hasn’t been talked about much (yet) outside the Lone Star State, but it has to do with vitally important issues of states’ rights, balance of power, federal sovereignty, illegal immigration, and public health. The federal government is trying to stop Gov. Abbott from restricting the ground transportation of illegal border-crossers within his state, as he did with an order filed last Wednesday. And Abbott has responded in writing that the Biden administration has “created a constitutional crisis between the federal government and the State of Texas.”

It sure is looking that way. According to Biden’s DOJ, “In our constitutional system, a state has no right to regulate the federal government’s operations.” Even when those operations are affecting the health and safety of people in that state? We’ll see about that.

If anything is exacerbating the spread of COVID-19 in our communities, it’s the steady stream of illegal, potentially infected border-crossers into Texas and other border states.

Biden’s disastrous border policies have been leading up to this moment, but the final straw was when Attorney General Merrick Garland, who apparently is so disappointed at not becoming a Supreme Court Justice that he’s decided to act like one, filed a restraining order in U.S. District Court, the Western District of Texas in El Paso, on Friday afternoon to stop Gov. Abbott’s order. We went to The Dallas Morning News, definitely not a conservative newspaper, to see how a local paper reported this development. To their credit, it’s pretty straightforward.

But never mind those Texans — Garland’s suit argues that the governor’s order causes injury to individuals whom the U.S. is charged to protect (yes, he’s talking about the migrants, not the Texans), “jeopardizing the health and safety of noncitizens in federal custody, risking the safety of federal law enforcement personnel and their families, and exacerbating the spread of COVID-19 in our communities.”

What? If anything is exacerbating the spread of COVID-19 in our communities, it’s the steady stream of illegal, potentially infected border-crossers into Texas and other border states.

But Garland called Gov. Abbott’s order “both dangerous and unlawful.”

Let’s turn Garland’s argument around and word it so it actually makes sense from Gov. Abbott’s point of view: Biden’s border policy causes injury to American citizens who reside in Texas, particularly near the border, whom the U.S. is charged to protect. By allowing COVID-infected individuals and members of violent drug cartels — and who knows who else? — to cross into Texas, they jeopardize the health and safety of American citizens (Texas residents and their families), risk the safety of federal and state law enforcement personnel, and exacerbate the spread of COVID-19 in Texas communities.

An Emergency Response to the Uncontrolled Spread of COVID-19

Abbott accuses the Biden administration of exposing Texas to COVID-19 (true) and “creating a public health disaster in Texas.”

I would add that letting thousands of untested, unvaccinated and largely unmasked people cross illegally into Texas makes it a lot harder for rational people to take the government’s warnings about the virus seriously. COVID-19 and its variants are either still very dangerous, or they’re not. If they are, then why are hundreds of thousands of people from around the world allowed to stream into our country through our southern border? This makes absolutely no sense, except perhaps in Joe Biden’s brain.

Abbott’s executive order, which took effect on Wednesday, ordered the Texas Department of Public Safety to detain vehicles that were transporting migrants after their detention by U.S. Customs and Border Protection and reroute them to their point of origin or entry.

Attorneys and “immigration nonprofits” jumped all over this order as unconstitutional. But Abbott responded that he has legal authority to do it under “long-established emergency response laws to control the movement of people to better contain the spread of a disaster, such as those known to have COVID-19.”

Transporting “Noncitizens” Hither and Yon — Your Tax Dollars at Work

Abbott’s order certainly plays heck with the government’s logistics for transporting “noncitizens” (the nice vanilla word now used by the feds to encompass illegals), as Customs and Border Protection (CBP) are designed only for short-term holding, and with people pouring as fast as they are, they have to keep folks moving…somewhere else. In just the Rio Grande Valley, CBP in the fiscal year to date has used contractors to transport about 120,000 (!) “noncitizens” hither and yon. Your tax dollars at work.

The “noncitizens” are transferred to another federal agency, Immigration and Customs Enforcement (ICE), except for unaccompanied children, who are taken to Health and Human Services. It is then that “other non-governmental agencies” do COVID-19 testing along with what Garland’s suit describes as “safe placement and quarantine.” Sarcasm alert: I’m sure it’s all very safe and the virus doesn’t spread at all.

The numbers quoted in The Dallas Morning News report are quite staggering. Just Thursday, nearly 2,300 unaccompanied minors were put in custody of the Border Patrol. This fiscal year, about 95,000 unaccompanied minors have been apprehended. Detention facilities can hold only so many. It’s clear that if Texas doesn’t play nicely with the Biden administration and cooperate fully with their master plan for spreading new “noncitizens” throughout the country, the feds will face a logistical nightmare. That’s the argument being used by many to get Gov. Abbott to reconsider and cooperate.

We all know there’s another solution to this logistical nightmare: stop letting people stream across the doggone border. Close up the gaps in the wall and stop the flow now. But that won’t happen.

A story in the Daily Caller has more details. The DOJ suit also claims that in dealing with the contractors the feds are using to transport “noncitizens,” Abbott’s order allegedly interferes with nongovernmental partners and contractors working with the federal government and the “administration of federal immigration law.” It also said that the order obstructs Congress, since Congress is charged with crafting immigration law.

If that’s the case, then Texas or any state is at the mercy of any federal law having anything to do with immigration, no matter how damaging it might be. Abbott could be right: this might be a constitutional crisis.

And so far, he’s not blinking. Garland has warned him that if his order is not rescinded immediately, then the United States “intends to pursue all appropriate legal remedies to ensure that Texas does not interfere with the functions of the federal government.” It occurs to me that this is the strong-arm approach he’s taking with state legislatures that want to run and audit their own elections, as they are constitutionally entitled to do.