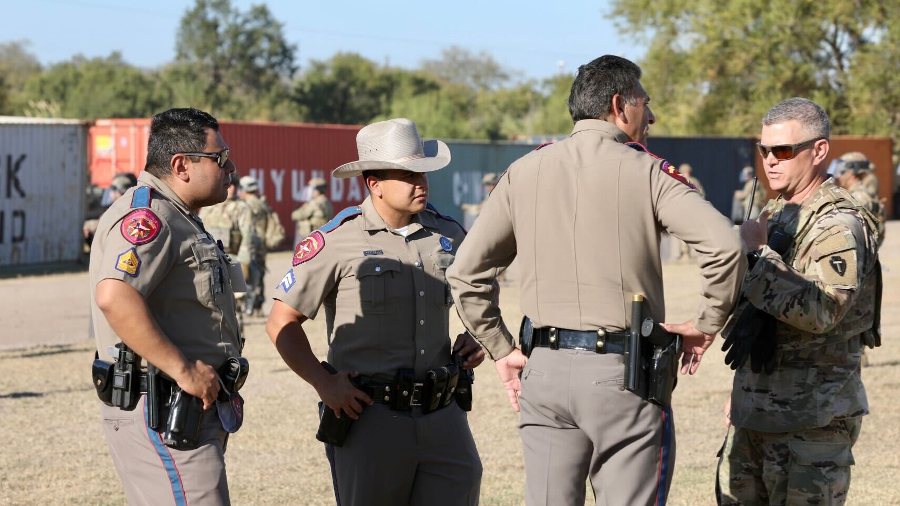 RIO GRANDE VALLEY — A top official within Texas’ effort to secure the U.S.-Mexico border told the Daily Caller News Foundation that his troops are prepared for a worst case scenario situation and that they can be deployed within hours to tackle it.

“We’re prepared to repel and block any sized element coming across,” The Texas National Guard border public affairs officer Major Mike Perry told the DCNF. “That’s what the rehearsals are for. Typically, they’re focused on one area cause it’s your low crossings and your ports. So, we can be anywhere with our ground assets in three hours to get the Steel Curtain up and prepare for it, and, of course, you saw the Contingency Reaction Force fly in with the military police.”

The Texas Department of Public Safety (DPS) and the Texas National Guard are prepared to “surge” resources to any location in Texas to “repel and block” large caravans or other illegal activity crossing the border, Perry explained.

The #OperationLoneStar Steel Curtain is not just physical barriers, it includes #NationalGuard Aviation assets to quickly move @TXMilitary personnel to be placed wherever, whenever needed. This state active duty mission was ordered by @GovAbbott @GregAbbott_TX to #SafeguardTexas. pic.twitter.com/eeeDNKNQIx

Texas Republican Gov. Greg Abbott launched Operation Lone Star in March to address the smuggling of humans and drugs into the U.S. by deploying Texas DPS personnel and Texas National Guard troops to the southern border. Texas National Guard and Texas DPS personnel have also carried out a series of drills as part of “Operation Steel Curtain,” preparing them for the possible arrival of large caravans.

On Nov. 17, troops staged an exercise at the Eagle Pass Port of Entry, which is over 50 miles from Del Rio, Texas. Images Perry shared with members of the press showed where three Chinook helicopters transported military police with a contingency reaction force, nonlethal weapons and riot gear. Two Blackhawk helicopters, along with the three Chinooks, could later be seen withdrawing military police from the staging area.

“Overall, it is a successful rehearsal,” Perry said.

A caravan of thousands of migrants has made its way into Mexico, hoping to eventually cross into the U.S. The group is expected to arrive in either Texas or Arizona, according to the Washington Examiner.

Building Bridges to the Hispanic Community: My Interview With Pastor Tony Suarez