A victory! Momentum is there for a full stop to it. Conservative town would be force-fed programs from far-left pro-LGBT group — being pushed by the mayor and city council. 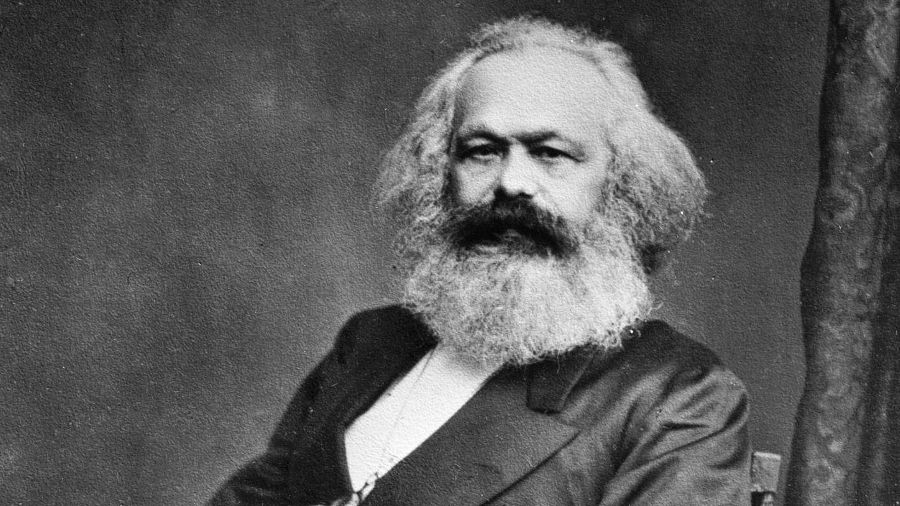 During the "citizen comment" portion of a diversity, equity and inclusion (DEI) meeting in Temple, Texas, June 7, people described in detail how Critical Race Theory, a veiled foundation of DEI, is not a unifying program at all, but a classic Marxist method of dividing society into “oppressed” and “oppressors.” Pictured: Karl Marx

Dozens of residents in Temple, Texas have forced the city to table its plans to impose a radical, pro-LGBT “Diversity, Equity and Inclusion” (DEI) indoctrination program on all municipal employees. The city backed down following strong organized pushback by citizens. There is now momentum to derail the DEI program permanently over the next several months.

Temple is located about 40 miles north of Austin in a region with a largely conservative, Christian population.

The residents’ effort was organized by Concerned Christian Citizens (CCC), a local Texas MassResistance affiliate. CCC’s MassResistance activism in that area goes back several years. In 2017 they put on a conference on the LGBT agenda in nearby Killeen. In 2018 they organized over 50 parents in Temple to confront the Library Board over its promotion of homosexual materials for children.

Make no mistake: City DEI efforts like this are going on across America!

The Problems Started With a Tragic Traffic Stop in 2019

The apparent necessity for a DEI crusade in Temple originated from a tragic traffic stop on Dec. 2, 2019, where a Hispanic police officer accidentally shot and killed a black motorist. According to news reports, the officer attempted to pull over the man for speeding. A brief chase ensued. At an intersection the officer was able to block the car. The officer approached the car with his gun drawn. The man did not resist, but the officer accidentally pulled the trigger while reaching for the man’s car keys.

It’s widely believed that in negotiating for this over the previous several months, the Mayor and City Council promised Facebook that the city would work to change the culture of Temple — to create and enforce government policies and city ordinances that correspond with Facebook’s leftist San Francisco sensibilities.

Several months of vocal outrage ensued against the city from the local black community. That really rattled the local politicians, especially when the George Floyd riots began across America in the spring of 2020.

A Diversity, Equity and Inclusion Commission is Created

In mid-2020, the Mayor and City Council decided to pacify the situation by creating the Temple Diversity, Equity, and Inclusion (DEI) Commission, authorized in December, 2020. Its “official” purpose was to advise the city “on policies, programs, practices, and other matters to build greater equality within the Temple community by promoting equity and eliminating discrimination.”

At first it seemed fairly innocuous to conservatives. But this is a common tactic around the country: get a foot in the door, then proceed to impose big changes in the community.

Membership in the appointed nine-member DEI Commission was purposefully based on race, sex, and “sexual orientation” (all are black, female, or “LGBT”). Most of the members are clearly leftists. Many residents have complained that normal white males, who make up a large part of the community, were excluded.

The first monthly meeting was on June 6, 2021. For a year, not much was heard from the Commission. Videos of the meetings were not easily available, and few people attended in person.

Facebook Announces $800 Million Facility to be Built in Temple — in Exchange for What?

In March 2022 the parent company of Facebook announced that it would be building an $800 million data processing facility in Temple. Facebook would bring in hundreds of their employees to work there.

It’s widely believed that in negotiating for this over the previous several months, the Mayor and City Council promised Facebook that the city would work to change the culture of Temple — to create and enforce government policies and city ordinances that correspond with Facebook’s leftist San Francisco sensibilities.

It also became obvious that the Mayor and City Council intended to use the DEI Commission as a front to implement the “woke” agenda that they would create.

In May 2022, several residents discovered that the DEI Commission was imminently preparing to drop a bomb, so to speak, on the city during its upcoming June 7 meeting.

It was revealed that The Nova Collective, a radical pro-LGBT organization based in Chicago, had been covertly chosen by the city to implement a comprehensive DEI plan in the city. This immediately shocked many citizens. This group is an extreme left-wing organization that promotes itself as “transforming organizations through a lens of equity.” Nova’s Facebook page has, among other things, videos promoting “Drag” crossdressing and transgenderism.

The City Council was Using the DEI Commission as a Front Group for This. At its June 7 meeting the DEI Commission was going to hear a presentation about Nova from city employees, then vote to “recommend” that the city move forward with that group. From there, the City Council would vote at their meeting on July 7 to officially fund Nova and get the DEI program started.

People had a lot of questions. Why is this happening? How was this group selected? Who selected it? How much will it cost? What exactly are they going to force Temple to do?

Immediately upon hearing all this, Concerned Christian Citizens notified Christians across the city and quickly educated them about what was about to happen. Emails, flyers, and much more went out. Letters to the editor were published in the local newspaper.

On June 7, Concerned Christian Citizens brought over two dozen strong-willed local residents to the DEI meeting. (Nobody came to speak in favor of contracting with Nova.)

The “citizen comment” portion was at the beginning. They didn’t hold back! Here’s some of what the Commission heard:

And more … the DEI commission got an earful that they weren’t expecting!

Read the rest of the article at massresistance.org.