In Texas, COVID cases continue to fall. Meanwhile, many other states are fighting a resurgence of the virus despite state attempts to tame it. 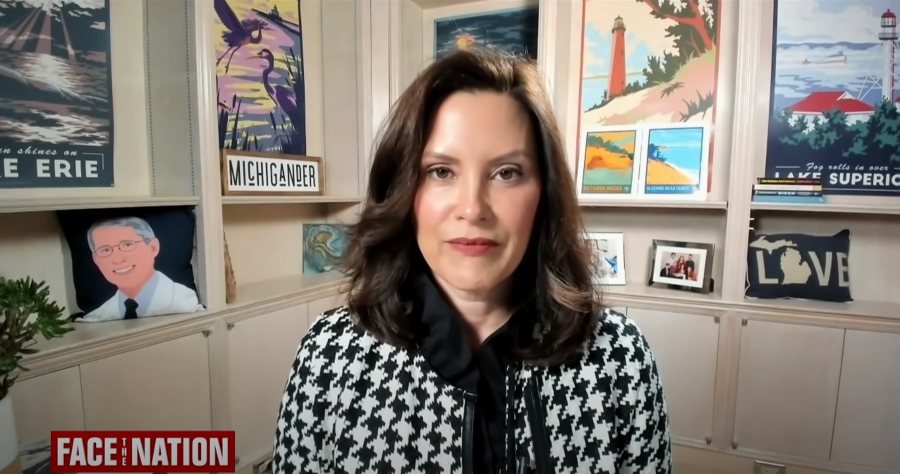 On March 2, former US Senator Al Franken mocked Texas for lifting all its remaining COVID-19 restrictions.

“Gee, we here in Texas haven’t screwed up royally in a whole two weeks!” Franken tweeted. “I know! Let’s lift the mask mandate!”

Gee, we here in Texas haven’t screwed up royally in a whole two weeks! I know! Let’s lift the mask mandate!

Despite what Franken and many other critics predicted, Texas didn’t see an explosion in COVID cases. Instead, the Lone Star state saw cases reach a record low. Indeed, in the month since Franken mocked the announcement, daily cases in Texas fell from 6,834 to 2,078. That’s a 70 percent drop.

Meanwhile, Franken’s home state of Minnesota has experienced the opposite trajectory.

Cases Are Surging in Minnesota, Michigan

Like Senator Franken, I have a Minnesota connection. I live here, and have for more than a decade. It’s a beautiful state with wonderful people. But unlike many parts of the country, the Gopher State is far from open.

Governor Tim Walz’s “Stay Safe Plan” remains in force. The order limits indoor social gatherings to 15 people (outdoor gatherings to 50). Social distancing “must be maintained” when people from different households gather. Many businesses, such as restaurants, operate under capacity limits (both indoors and outdoors). Masks are required virtually everywhere indoors.

Across the Mississippi River in the state of Wisconsin, cases remain quite low, even in the absence of state mandates (despite Gov. Tony Evers’s wishes). In fact, if you look at the three-day rolling average (April 2-4), Minnesota now has nearly as many daily cases as Texas.

Minnesota is hardly alone. Several other states with restrictions are seeing similar rises in cases to varying degrees, including Massachusetts (mild increase) and Michigan (a sharp increase).

In Michigan, CNN reports that state statics show its case count hit 9,350 on Saturday, the highest since December 7. Its 3-day rolling average on April 4 was 6,995.

In other words, as of Sunday, Texas has about one-fourth as many cases as Michigan even though it has zero restrictions — and 20 million more people.

Cases in Michigan and Minnesota are surging despite loads of government restrictions (including mask mandates).

Cases in Texas continue to fall a month after the state lifted all restrictions. pic.twitter.com/BdGKhryNt2

Can other factors help explain the discrepancy? Certainly.

Numbers often lie, or at least don’t tell the full story. Reports show Texas has been testing less amid the COVID-19 vaccine rollout, which means the government might be missing more positive cases. This might explain why COVID deaths have not fallen quite as fast as cases (though the drop since lifting restrictions is still profound).

In fact, if you compare raw figures (3-day rolling average) Texas actually has more COVID deaths than Michigan, though mortality is still lower on a per capita basis.

Still, no matter how you slice the data, Texas’s numbers are falling rapidly in the absence of restrictions of any kind, contra to what was predicted.

Not What Was Expected

It’s tragic to see coronavirus cases rise anywhere. (I had the virus recently. It was not fun.) But highlighting the increase in states such as Michigan and Minnesota in contrast to the drop in Texas is important because it’s precisely the opposite of what lockdown proponents predicted.

Al Franklin was hardly alone in criticizing Texas Gov. Greg Abbott’s decision to lift all restrictions. Drew Holden, a DC-based communications professional, documented in a Twitter thread some of the reactions, which were legion.

The scary predictions, fortunately, did not come to pass in Texas. The question is why?

When Al Franken and company warn that lifting government restrictions will have dire health consequences, it’s fair to assume they believe this to be true. No one, after all, wants to make failed predictions.

Their mistake was having a misplaced faith in the efficacy of lockdowns and other government restrictions. And the word faith — defined as “complete trust or confidence in someone or something” — matters.

Lockdown proponents are fond of saying they are simply “following the science,” but in reality, they are operating more on faith than science — faith that government planners can effectively mitigate the spread of the coronavirus if given the right tools (namely, coercion).

In doing so, they overestimate the proficiency of government planners and underestimate the complexity of human society. This is why their predictions on lifting restrictions have been so wrong so consistently. And it’s also why they struggle to explain a fact The Washington Post reported last month when comparing Florida and California — “why states with greater government-imposed restrictions have not always fared better than those without them.”

To follow the science would be to acknowledge that dozens of academic studies call into question the effectiveness of lockdowns (and other restrictive measures) and admit government restrictions come with serious collateral damage. This is not happening, at least not enough.

Instead, lockdown proponents continue to operate mostly under the Good Intentions Fallacy (also known as the Righteousness Fallacy). They assume these restrictions must be working because they are passed in good faith by smart people who care.

This is a perennial trap in policymaking, the famed Milton Friedman once observed.

“One of the great mistakes is to judge policies and programs by their intentions rather than their results,” the Nobel Laureate economist explained.

The widespread faith in lockdown effectiveness won’t die easily. Faith never does. But with every state that opens up and doesn’t see a surge in cases, the lockdown fallacy dies a little more.

As more and more data comes in, it’s only a matter of time before Americans remember a truth they briefly forgot — freedom isn’t just a good principle. It actually works.