Teen Vogue: How to Ruin Your Life and Health 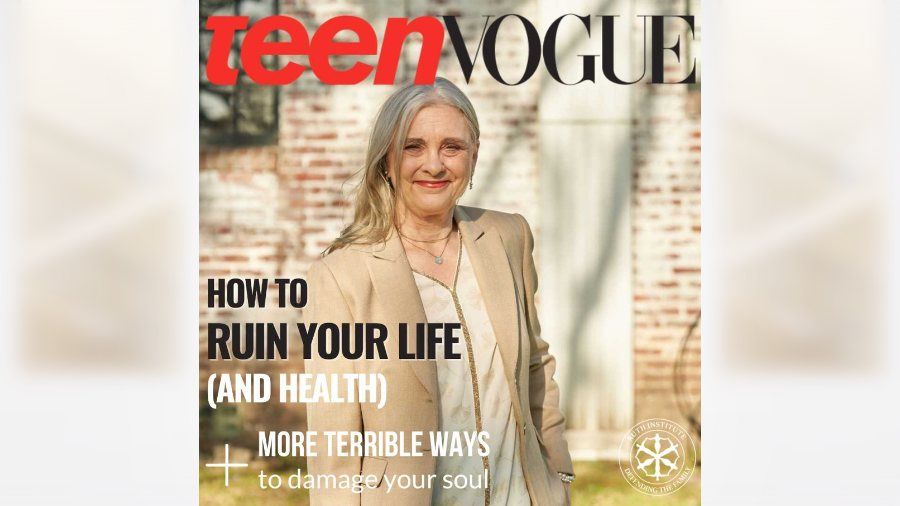 Dr. Morse and Fr. Rob Jack of “Driving Home the Faith” on Sacred Heart Radio talk about the disgusting “health recommendations” Teen Vogue gives its audience of young teen and pre-teen girls. They discuss how we can fight back and enable faithful teens to avoid the heartbreak and negative health consequences of following Teen Vogue’s advice.

No Babies, No Life

“A country, as it ages, loses its dynamism, it’s inventiveness, it’s creativeness and it sort of stagnates,” March says. “When there are fewer children, there are fewer opportunities. It’s really a downward spiral.”

China openly admits they have a population crisis thanks to decades of forced population control. Since their workforce is declining, their productivity is going down. They’re now offering economic incentives for people to have more children.

Pre-Covid, Russia had been taking steps to correct its population crisis also. Could it be that Russia’s attempt to take over Ukraine is it to boost its population? Hear March’s take on this.

The leader in population decline is Japan. “Extinction is not too harsh of a word to describe it,” March says. So many people have died alone that there is now an industry to check on elderly with no family. Without this service, no one would take their bodies to the funeral home and gather their effects.

The problem, March says, is greed and seeing money not as a means to an end, but of seeing money as the end. This has put people in the position of choosing vacations and fancy cars over children. “We need a spiritual rebirth. We need a change in values,” he says.

Another culprit is radical environmentalism, which has been “weaponized as an ideology to control the population,” March points out, yet the Amish have the highest fertility rate in the world and are also the best stewards of the environment of any group. Incidentally, they also have the lowest rates of anxiety, depression, and schizophrenia.

Schools closing, loneliness, economic breakdown, and higher taxes all result from population decline. “Once your fertility rate falls below 2.1, you’re on your way to being a member of the Aging Club [having more people over 65 than under 15]. The next step is the Population Death Cross, which is when there are more deaths than births.”

The solution March offers is: “Secede from the popular culture. Get back to basics. Get back to common sense. Get back to faith. The best way to do that, is to leave all that junk [of pop culture] alone. Look to the family.”

Watch the full interview on YouTube, BitChute, Odysee, or Rumble.

“Major League Baseball has betrayed its conservative fan base,” said Ruth Institute President Dr. Jennifer Morse, Ph.D. “I wonder how those fans would feel if they knew part of their ticket sales help fund genital mutilation.”

A National Review survey found that at least 20 MLB teams were contributing to organizations that support surgically removing breasts and lobbying for access to trans hormones for minors.

“I suppose the teams think it’s compassionate,” Morse said, “when in fact, they are supporting what in some cases are irreversible changes that could lead to a life of misery.”

“For instance, the Oakland Athletics donated $5 from each ticket sold on Pride Night to the Oakland LGBTQ Center, which provides hormone replacement therapy to the sexually confused.”

“The Detroit Tigers donated part of the receipts from Pride Night to the Ruth Ellis Center, which provides ‘transition care for transgender youth.’ This ‘care’ includes ‘top surgeries,’ in which girls have healthy breasts cut off,” Morse said.

“In many cases, these young women will be marred for life. If they later detransition, they may not be able to get pregnant. They’ll certainly never be able to breast-feed.”

“Some ticket-holders may think the teams are just being ‘inclusive’ with pride nights,” Morse noted. “Actually, they are helping to fund some of the most radical aspects of transgenderism.”

“If they’re really proud of this, teams should let fans know what they’re funding through sales. Then we’ll see what happens to ticket sales.”