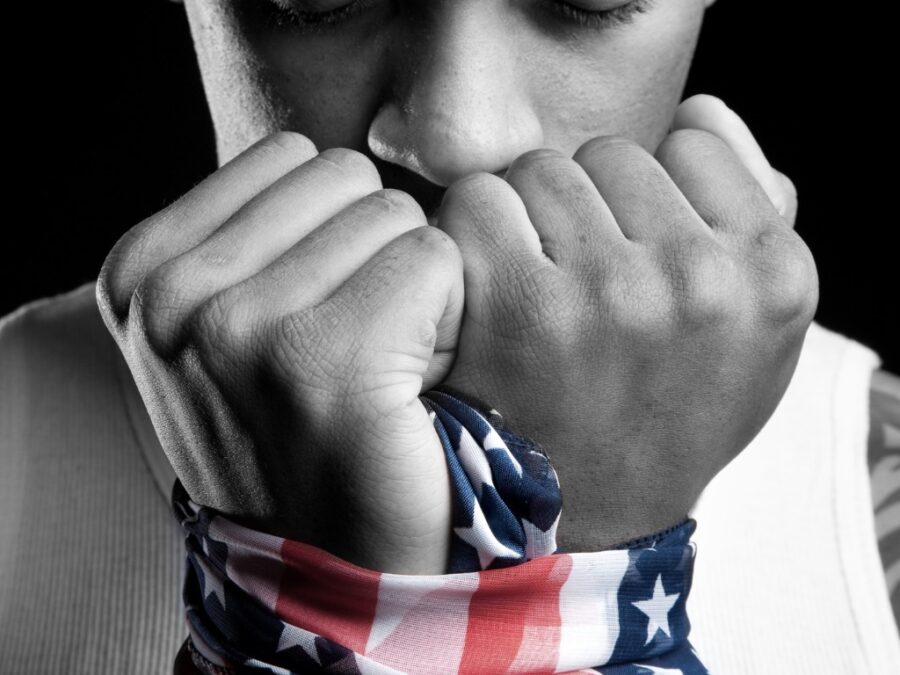 If there are riots now in America, what will it be like 20 years from now if The New York Times gets its way?

The New York Times sponsored The 1619 Project, which postulates that America’s real beginnings as a nation are when the first African slaves were brought over … to Jamestown in 1619.

Many historians note that this is a distortion of our nation’s roots. Worse, it makes young people turn against this country. Despite our flawed history and their own personal sins, the founders created the framework by which evils like slavery could one day be uprooted. And it has been. This battle over history and what is to be taught in our schools (when they reopen) has reached the highest echelons of power these days.

A Battle Over the History of America

Senate Minority Leader Mitch McConnell is asking schools to stop using The 1619 Project, a curriculum aimed at reframing US history around the date of August 1619, when the first slave ship arrived to what would become the U.S.

McConnell and other Republican senators said,

Families did not ask for this divisive nonsense. Voters did not vote for it … Americans never decided our children should be taught that our country is inherently evil.

In my humble opinion, Mitch is right to do this. If this curriculum continues to spread, all children will learn is a distorted view of our past.

There is indeed a battle over the history of America. Much of the rioting in the streets of the last year has constituted a war on America as founded. Statues of George Washington, Thomas Jefferson, Teddy Roosevelt, and many others have been torn down by the mobs. Even Abraham Lincoln has not escaped the wrath of rioters.

Bob Woodson, an African-American scholar who has worked for decades on behalf of urban renewal, organized a number of scholars to oppose The 1619 Project.

In an interview I did with Woodson for D. James Kennedy Ministries, he told our viewers, “We at the Woodson Center organized 23-plus scholars and activists to confront this 1619 Project. We call ourselves 1776 Unites.” These scholars include some prominent blacks, like Dr. Carol Swain, retired professor at Vanderbilt Law School.

1776 Unites — For an Accurate History of America

Already the Woodson Center has seen some changes: “As a result of our essays that we wrote…Nikole Hannah-Jones, who was the author of The 1619 Project actually revised it…We forced them to back away from, and change, the reasons for the Revolutionary War.” Initially, The 1619 Project promoted the false idea that America’s War for Independence was held for the purpose of protecting slavery.

That is an astounding claim, in light of the Fairfax Resolves of 1774, whereby George Washington, Thomas Jefferson, and other Members of the Virginia House of Burgesses tried to abolish the slave trade into Virginia. King George III put the kibosh on their efforts. (This was before MP William Wilberforce’s successful crusade, motivated by his Christian faith, to abolish the slave trade and then slavery itself throughout the British Empire.)

Woodson adds this about The 1619 Project:

They are trying to define America by its birth defect of slavery and Jim Crow, and our counter is that no individual or nation should be judged by the worst of what they used to be. America is a country of redemption. America is a country of second chances, and so we at 1776 Unites believe that America is defined by its promise. And the Constitution is a mechanism for us to be self-correcting, and America is the only nation on the face of the earth that fought a civil war to end slavery.

The above-mentioned Dr. Carol Swain argues that The 1619 Project sends a “very crippling message to our children” by conveying the idea that racism is in our national DNA. It basically says that no matter how hard you try, you will always be a victim of hopelessly racist America.

What is this all about? Dr. Richard Land, the president of Southern Evangelical Seminary, observes,

There is a battle over history, and it is a battle we must win if we are to continue as a free nation.

Jerry Newcombe, D.Min., is the executive director of the Providence Forum, an outreach of D. James Kennedy Ministries, where Jerry also serves as senior producer and an on-air host. He has written or co-written 33 books, including George Washington’s Sacred Fire (with Providence Forum founder Peter Lillback, Ph.D.) and What If Jesus Had Never Been Born? (with D. James Kennedy, Ph.D.) Learn more at www.jerrynewcombe.com and follow him on Twitter @newcombejerry.